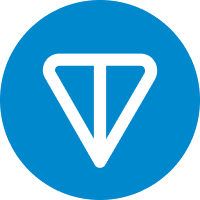 If you would like to know where to buy Toncoin at the current rate, the top cryptocurrency exchanges for trading in Toncoin stock are currently OKX, BingX, Bybit, Bitget, and DigiFinex. You can find others listed on our crypto exchanges page.

What Is Toncoin (TON)?

Toncoin (TON) is a decentralized layer-1 blockchain developed in 2018 by the encrypted messaging platform Telegram. The project was then abandoned, taken over by the TON Foundation, and renamed from "Telegram Open Network" to "The Open Network".

Since 2020, the technology has been developing thanks to a non-commercial group of supporters and an independent community of enthusiasts who called themselves the TON Foundation. Toncoin, formerly known as Gram, is the native cryptocurrency of the TON network.

The original idea was to integrate TON into an easy-to-use application that allows users to buy/send/store funds. Clients pay transaction fees and use TON to settle payments or validate transactions. Toncoin utilizes the proof-of-stake (PoS) consensus model for network scalability and reliability. According to the project website, the platform provides its customers with fast, transparent and secure payment services, facilitating transactions with minimal fees and third-party applications.

The Open Network is a community-driven blockchain with a flexible architecture and focus on serving a typical consumer. TON stands out due to the fast processing/validation of transactions per second (TPS). In September 2021, the network processed a then-world record of 55,000 TPS during a contest, although the current TPS could be in the hundreds of thousands or even millions. This feature allows the project to grow rapidly while avoiding performance losses. At the same time, the project does not harm the environment.

Originally, the blockchain platform was created by brothers Nikolai and Pavel Durov, and developed by the Telegram team. Telegram planned to launch an on-chain token called Gram and establish a platform for decentralized applications (dApps).

Gram was getting a lot of attention, which started to cause trouble. Its development was prohibited by the US Securities and Exchange Commission (SEC). Gram was considered securities, and the SEC banned the release of Gram tokens.

The Telegram team brought TON to the state of an almost full-fledged product. However, in 2020, Telegram CEO, Pavel Durov, left the project, and the development was handed over to independent crypto enthusiasts.

From the very beginning, the project was created as an open-source code so anyone could continue the development. The current network was launched and developed by Anatoliy Makosov and Kirill Emelianenko, members of the community called NewTON (later the TON Foundation).

TON has a multi-level structure built on the principle of sharding or segmentation ("blockchain within a blockchain"). A sharding feature involves the use of multiple subnets (shards) on the same blockchain, where each shard has a specific purpose. It allows the net to avoid the accumulation of unverified blocks and speeds up tasks. The TON network consists of the master, work and shard chains.

The developers focus on scalability, efficiency and mass adoption. Due to the well-established interaction between segments, the network provides ultra-fast transactions, verifying and processing a massive amount of TPS.

Read about Zilliqa (ZIL) and Harmony (ONE).

Follow Toncoin on CMC Community for the latest updates.

What is proof-of-stake (PoS)? Learn more with the CMC glossary.

What is Web 3.0? Find out more with CMC Alexandria.

How Many Toncoin (TON) Coins Are There in Circulation?

The TON network has its native token, Toncoin, with a circulating supply of 1.22B TON and a maximum supply of 5B TON.

Toncoin was designed to fuel the ecosystem. It can be used to build decentralized applications (dApps), act as a transaction processing fee, as a cross-chain transaction fee, and as a staking payment to secure the blockchain and services. The list of use cases also includes payment for decentralized data storage, TON DNS/TON Proxy, and other fees within decentralized services. Validator fees are also paid in TON. In addition, people can vote with TON for changes and development within TON's governance program.

How Is the Toncoin (TON) Network Secured?

Where Can You Buy Toncoin (TON)?

Our most recent articles about Toncoin: