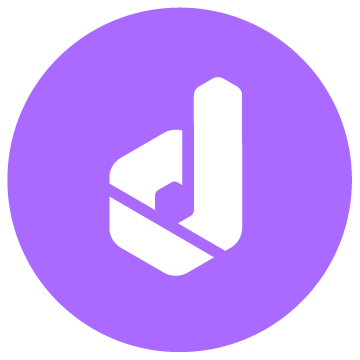 If you would like to know where to buy Dacxi at the current rate, the top cryptocurrency exchanges for trading in Dacxi stock are currently HitBTC, BitForex, and Crex24. You can find others listed on our crypto exchanges page.

What is Dacxi Coin?

Who is the team behind Dacxi Coin and the Dacxi Chain?

The Dacxi Chain and Dacxi Coin projects are driven by a skilled team of 45, based in six offices around the globe. Dacxi’s developers have spent years building the bespoke technology and processes required to power the Dacxi Chain. They have succeeded in creating a system capable of handling thousands of entrepreneurs and investors, and millions of transactions annually – all across multiple languages, currencies, and financial regulations. Where many blockchain-based projects are developer-led, the Dacxi Chain’s management team is made up of talented business leaders. Each has decades of experience launching and growing thriving fintech companies, digital businesses, and retail investment platforms.

As the native crypto of the Dacxi Chain, Dacxi Coin has a strong and sound use case – using blockchain technology to solve a real-world problem. The early stage funding crisis is sealing the fate of thousands of world-changing products and ideas each year. Crowdfunding as we know it today has failed to reach the heights it promised – held back by limitations like geographical borders, lack of scale, and lack of buzz. In delivering the world’s first global tokenized crowdfunding system, the Dacxi Chain will break down these barriers. Opening the door for everyday investors to fund exciting new projects. Connecting entrepreneurs with the capital they need to grow their businesses. And unleashing the world’s innovation potential.

Dacxi is regularly featured in the UK media, both trade and national press, and this profile is increasing in Australia. The company is members of relevant fintech/blockchain trade associations in UK, Singapore, Australia and New Zealand. The company operates under a EU crypto license.

How many Dacxi Coins Are There In Circulation?

Dacxi has minted 10 billion coins as Max Supply with 3.5 billion in Circulating Supply. 16% of coins from 1000+ customers have been voluntarily locked up for 6 to 12 months. The remaining coins held by the Dacxi subsidiaries, staff and founders are escrowed until 2022

How is the Dacxi Network Secured?

As an Ethereum-based ERC-20 token, Dacxi is secured by the proof-of- stake [POS] consensus mechanism. Unlike the proof-of-work [PoW] consensus utilized by Bitcoin, PoS relies on the amount of staked tokens for selecting node validators.

Where can you buy Dacxi?

Dacxi tokens can be purchased on HitBTC, Coinsbit, Bitforex, Uniswap and Sushiswap.