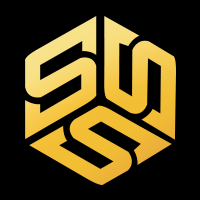 To find out even more about this project, check out our deep dive of StarSharks.

What Is StarSharks (SSS)?

StarSharks (SSS) is a “community-driven shark metaverse” that sees itself not as GameFi, but rather as “Content-Fi.” StarSharks stresses that it gives back content value to the community, but at heart, is a metaverse for play-to-earn games with a shark theme. StarSharks calls on players to co-create content for the game and help the team expand it.

StarSharks is built modularly, with several different games powering its metaverse. Initially, the project plans to develop five quality in-house games, which will unlock standard play-to-earn game modes like PvP, breeding of new NFTs, and collectibles. Later, the developers call on the community to vote and decide which modules get developed and which developers should receive access to the SDK to develop new games.

The development is projected to follow a two-phased platform module system:

Currently, StarSharks is working on developing a PvP shark game, a shark simulation, a land construction game, a parkour racing game, and a card game. The team projects to ship the final game in March 2023.

Who Are the Founders of StarSharks?

StarSharks doesn’t provide any information about its team on its website. The only available piece of information is from an AMA in which the project’s CMO Vanessa (last name unknown) said that the team has a strong background in game and smart contract development.

StarSharks lists reputable investors like 3Commas Capital, Binance, and DAO Maker, and has raised $4.8 million in a private funding round.

First is its built-in leasing system that makes the StarSharks platform more accessible to players that cannot afford an NFT. It lowers the player entry barriers and allows players that can not buy the required three shark NFTs to play StarSharks. Users can list their StarShark NFTs for lease and customize days of rental and expected earnings. Players can lease a maximum of three NFTs at once, while owners can rent out an unrestricted amount of NFTs. Earnings from in-game activity are split between both parties.

Furthermore, StarSharks boasts an innovative profit-sharing system that aims to strengthen community growth. Profits can be shared in two ways: as referrers and as stakers.

Players can refer new players with an invitation code and receive a share of the referred party for 30 days. Rewards are paid out in BNB, SEA and SSS, with the proportion depending on the referred player’s activity in the ecosystem.

Stakers share most of the platform’s earnings, which come from two sources:

You can choose the lockup period of your SSS tokens, which can be between one month and four years. Staking rewards are paid out every week. In the future, SSS stakers will also be able to participate in community governance, with voting power proportional to their amount of staked SSS tokens.

Learn about CryptoBlades vs Axie Infinity.

How Many StarSharks (SSS) Coins Are There in Circulation?

StarSharks is powered by a dual-token model, with SSS as its governance token and SEA as the in-game token that functions as a utility token. SSS has a total supply of 100 million and is distributed as follows:

How Is the StarSharks Network Secured?

SSS is a BEP-20 token on Binance Smart Chain (BSC).

BSC is secured using a proof-of-stake (PoS) consensus mechanism. 21 validators are elected every 24 hours to validate transactions and maintain the blockchain’s security. These validators have to stake a certain amount of Binance Coin (BNB) with Binance to be eligible.

StarSharks lists an audit by Certik on its site.

Where Can You Buy StarSharks (SSS)?