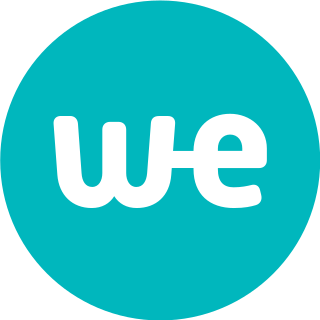 If you would like to know where to buy WELD at the current rate, the top cryptocurrency exchanges for trading in WELD stock are currently Bitrue, BitMart, and PancakeSwap (V2). You can find others listed on our crypto exchanges page.

Weld is a payment service allowing easily connect fiat cards to leading crypto exchanges and popular wallets allowing to make purchases online or via a POS terminal at any retail point worldwide. It’s the first crypto card provider which has signed agreements with banks and regulators in the CIS region. Regional affairs Ukraine and Russia and Estonia are leading in the world cryptocurrency adoption rankings in terms of the user number and their involvement. However, the cryptocurrency cards market has yet to be opened here. Weld founders have experience in building successful businesses here, as well as communication with local banks and a ‘blue ocean’ for fair competition. Thus this region was chosen for the pilot project of the cryptocurrency card. Architecture The innovative Weld architecture assumes that while the paying via Google Pay / Apple Pay, the bank transfers the fiat transaction to an overdraft (interest-free loan), and Weld instantly transfers the amount needed for the purchase in cryptocurrency from the user's balance to its corporate account on the same exchange. It doesn’t require a preliminary top-up of the card and also allowing to avoid high blockchain fees due to free intra-exchange transfers. Investment 50 large companies, as well as venture funds from 23 countries, became investors of Weld Money. These are, in particular, Concorde Capital, AVALON WEALTH CLUB, FAIRUM, Maximus Capital, Magnus Capital, AU21 Capital, AscendEX, HSVC, 7 O'clock Capital, and some others. Around Weld, there is a hype created by the project community on all communication platforms. The initial sale of WELD tokens was completed in a matter of minutes. IDO took place at four leading sites (ZENDIT, A2Dao, Hacken, and ANYPAD), lasted 4 minutes, and was allowed to attract $3.6 million of investments. All this indicates an increasing interest in the product. Further plans Now Weld is actively expanding its team, which will offer a completely new look at the financial market. The company also plans another investment round allowing Weld to go far beyond the CIS region. Weld is the first company working with the CIS and in the future plans to expand to the USA, Asia & Africa, and other countries. Tokenomics It’s expected the Weld will become a developed ecosystem offering users many additional functions, so the Binance Coin (BNB) token model was used for the WELD token. Alike as the Binance, the WELD token success will correlate with the success of the ecosystem as a whole, and its expansion will stimulate coin growth. WELD token The WELD token price during the pre-sale was $0.06. During the IDO, it exceeded $0.075