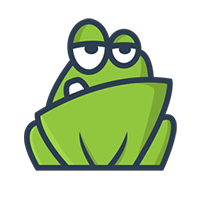 If you would like to know where to buy FrogeX at the current rate, the top cryptocurrency exchange for trading in FrogeX stock is currently Uniswap (V2). You can find others listed on our crypto exchanges page.

FrogeX is an opportunity to empower the change you want to see in the world.

A rapidly changing world yields uncertainty which renders archaic the established methods for charity fundraising. With less and less surplus wealth in people's hands due to worsening economic realities, the act of donating to charities and good causes is increasingly deprioritized. The Froge Project solves this modern problem with a modern solution: Adopters of Froge's flagship token, FrogeX, benefit from charitable donations in the form of advertising provided in exchange for aforementioned donations. This makes FrogeX a mutually beneficial path toward saving the world.

On average, over a million DeFi transactions occur daily just within the Ethereum Blockchain to the tune of billions in USD volume. What if some of the excess volume could be used to preserve the world’s forests, rainforests, and the biodiversity found within them - all while generating passive income for holders of the token? This idea represents the core of the Froge Mission.

FrogeX is the next-gen iteration of the original Froge Token, the original being the world’s first Eco-DeFi token. Eco-DeFi is another way to say “Ethical Currency”.

Why was v2 necessary?

Froge (v1) hardcoded the destination for its charitable contributions. While not a showstopper, this presented some risk and limitations to what the team and community could accomplish. FrogeX (v2) resolved this issue while also implementing many additional features carefully designed to best facilitate the project's sustainability and success. Holders of Froge were airdropped FrogeX in 1:1 proportion. In contrast to the original Froge (v1) contract being a clone-contract to some extent, the FrogeX contract (v2) was crafted from the floor up, in-house by the project’s lead developer Todd Durica of NC, USA (aka “Moonco”). FrogeX introduces dramatic reimaginings of the colloquial ETH reflection feature - another world’s first for the Froge Finance Project!

FrogeX is a feat of engineering prowess - an original and thorough solution to a well known problem! At the time of its launch (Feb 22, 2022), ERC-20 tokens which attempted to implement a feature called “ETH Reflections” suffered common criticism as unfeasible, and/or impractical, due to their high gas-usage (base costs) when compared with other more simplistic tokens. After thousands of hours in development resulting in a 40-70% reduction in base costs, FrogeX is a huge success; as user-friendly to trade with as USDT!

For detailed breakdowns and proofs for the above, and information about other features of FrogeX such as liquidity auto-locking & auto-posting, the deflationary aspect of FrogeX, please visit the FrogeX website.

The Froge Finance Foundation (reg. The Hague, NL) is currently partnered with and donates funds to One Tree Planted, and Rainforest Foundation US (RFUS). The Foundation will continue to vet and form new partnerships with Eco-Charities to ensure the ecological goal of the project is achieved. To realize the financial function of the project, the token supply is fixed (no coins can ever be minted) and holders receive passive income through ETH reflections from each buy and sell, while peer-to-peer transfers are tax-free to facilitate use as currency.