CryptoDrakeBall is a Play to Earn NFT RPG developed on the Binance Smart Chain platform with Zero Gas Fee to play.

The game revolves around the acquisition of legendary dragon balls and powerful Characters to training them. Players may take part in arena using their assets to earn DBS tokens and other xBALL tokens from other planets in our Metaverse (x represents the name of the planet. Ex: S, M, N, A, Z...). Assets are player owned NFTs minted in the ERC-721 standard which may be traded on the proprietary marketplace.

Our vision is for players to take control of their digital assets, Play to Earn, and increase implementation of blockchain technology in their daily life.

Our mission is to provide a fun and profitable experience for our gamers, to create a healthy and excited community around blockchain gaming, and build an ecosystem of Play-To-Earn systems to meet the needs of all gamers from around the world.

"The old planet has been destroyed by the Drake Ball warriors' never-ending wars with alien invaders from another galaxy. The enemy is likewise making their way out of this area. To replace the wrecked planet, the warriors must venture out into the wider world in quest of new habitations.

The Drake Ball warriors must become even more powerful than before in order to cross the huge chasm of universes. That's why they decided to merge them. When two warriors combine forces, they become one powerful warrior. Super Warriors are the label given to these particular types of warriors. Planet S was the first place they discovered in the far reaches of the universe. This region is teeming with life and resources in abundance. The adversary, on the other hand, was quicker when they established a colony on planet S. As a result of their battles with these enemies, the Super Warriors begin on a mission to save the Globe." 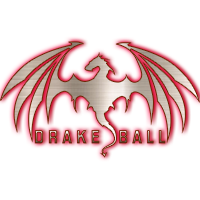