Imagine you are a gamer, you are starting to get tired of burning money on traditional games you play.

And then, you see the whole world talking about NFT games, you can not only play these games but also earn money. You're curious to get started, but you're faced with a host of problems:

The barrier to entry is too great, with Axie or Faraland, this number is up to thousands of dollars and growing You are underwhelmed with the simple 2D designs and uninteresting storylines of the current NFT gaming titles available. Without the Play to earn mechanics these titles are simply just bad games. As a mobile gamer, you have difficulty finding a game that allows you to play on the go. Most titles require you to download a PC app or play directly from a website.

Now, imagine you are an investor looking to diversify your portfolio by playing NFT games. You are fed up with poor earning mechanisms relying too much on luck. Breeding and trading mechanisms are not providing a predictable and stable revenue stream..

Solution Demole aims to provide: Crypto investors with a fun and attractive profitable investment channel. Gamers with a game to spend hours playing while easily generating extra income instead of spending money - Play to earn instead of pay to win.

While the crypto community can create hype for the game and play frequently to earn money, gamers, especially mobile gamers will only engage with a good game if they are to participate. It has been shown that gamers tend to stick with the game they are used to playing (and enjoy) no matter what happens to the token price, as long as the game gets updated often.

In 2021, the size of the game market is 260billion dollars, more than half coming from the mobile gaming sector.

Game plot + Game features In Demole, you will be the one to find and build an army of 5 monsters, participate in in-game activities and conquer the world of Demole.

Features in the game: Campaign: Go on a journey to learn about the history and details of the world of Demole. By conquering milestones in the Campaign, you will increase your Idle rewards. Participation rule: Players can challenge Campaign stages as long as there is enough stamina. Players will require stamina. The higher the stage, the more stamina required to challenge. Rewards: Conquering bosses of each map will bring valuable rewards. Rewards include gold, DMLG, and monster eggs. Players will receive rewards even when not playing. The higher the map is, the more valuable the idle reward.

Rewards By participating in World Boss, players will receive DMLG, monster eggs, gold, and experience. Reward values are based on how much the player participated in the fight, and how long was needed to complete the challenge.

Arena: The arena is where players from all over the world compete by engaging in PvP leaderboard battles. By achieving a higher position on the leaderboard, players will receive valuable rewards. To create more competitiveness, 20 people with the same rank/combat power will be grouped with one another every day.

Mechanics: Challenge: If the challenge is successful, you will receive a ranking point. Failure to challenge will result in loss of ranking points. Defense: Players can arrange a defensive formation to defend other players. The ranking point will be reset at the end of each day. Rewards At the end of the day, based on the position on the leaderboard, players will receive corresponding rewards. Players at the top will be promoted to higher ranks while players at the bottom will be demoted to lower ranks.

Play to earn: Earning mechanisms are the backbone of any NFT game. In Demole players can earn by the following mechanisms:

By participating in in-game activities Campaign, World Boss, Arena, Daily quests, players will receive eggs, hammers, and tokens, which can be used or freely traded/sold with other players on the marketplace. Players/Investors can also go to the Training Ground, a staking pool where they put their monsters and tokens to level up the monsters while receiving more tokens passively. 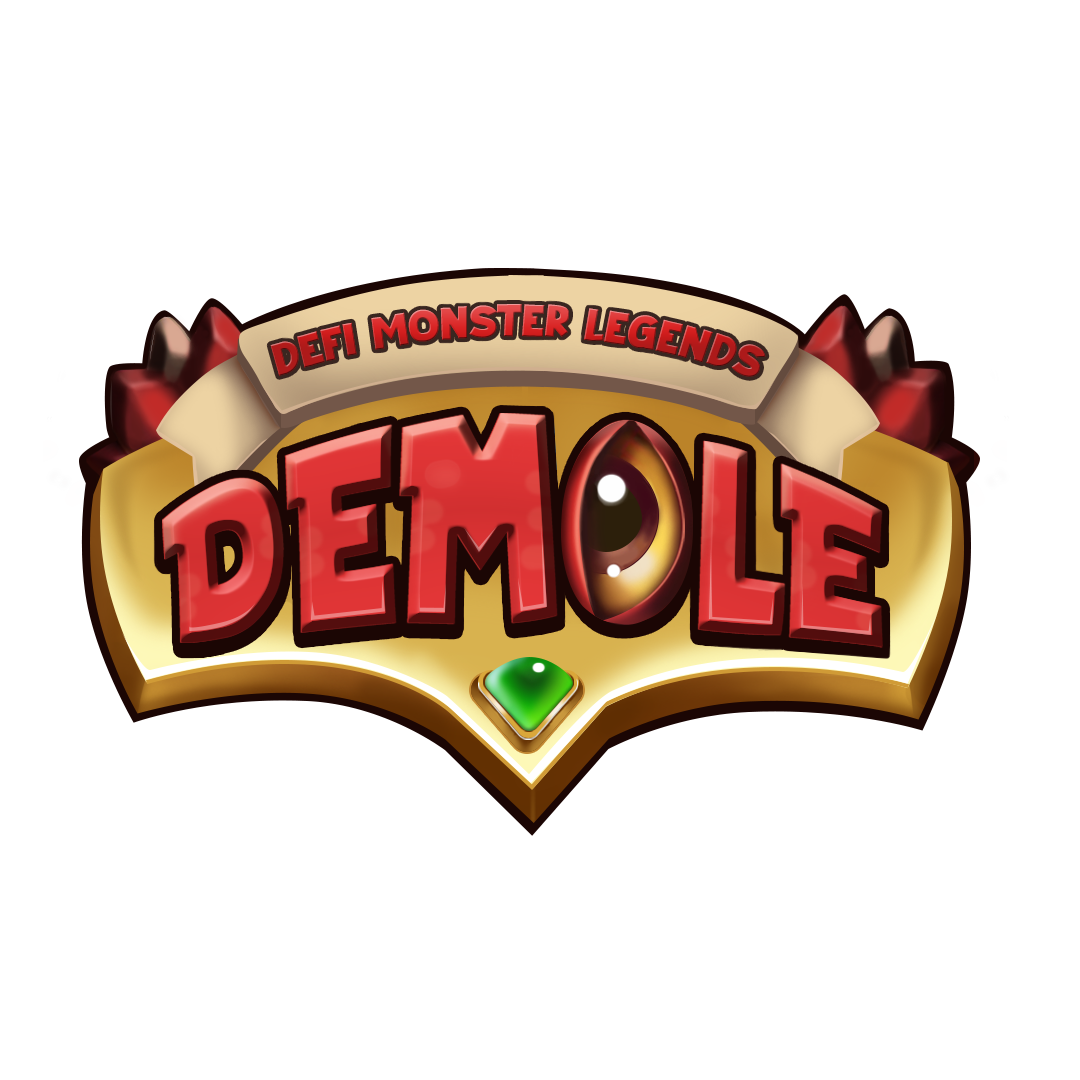