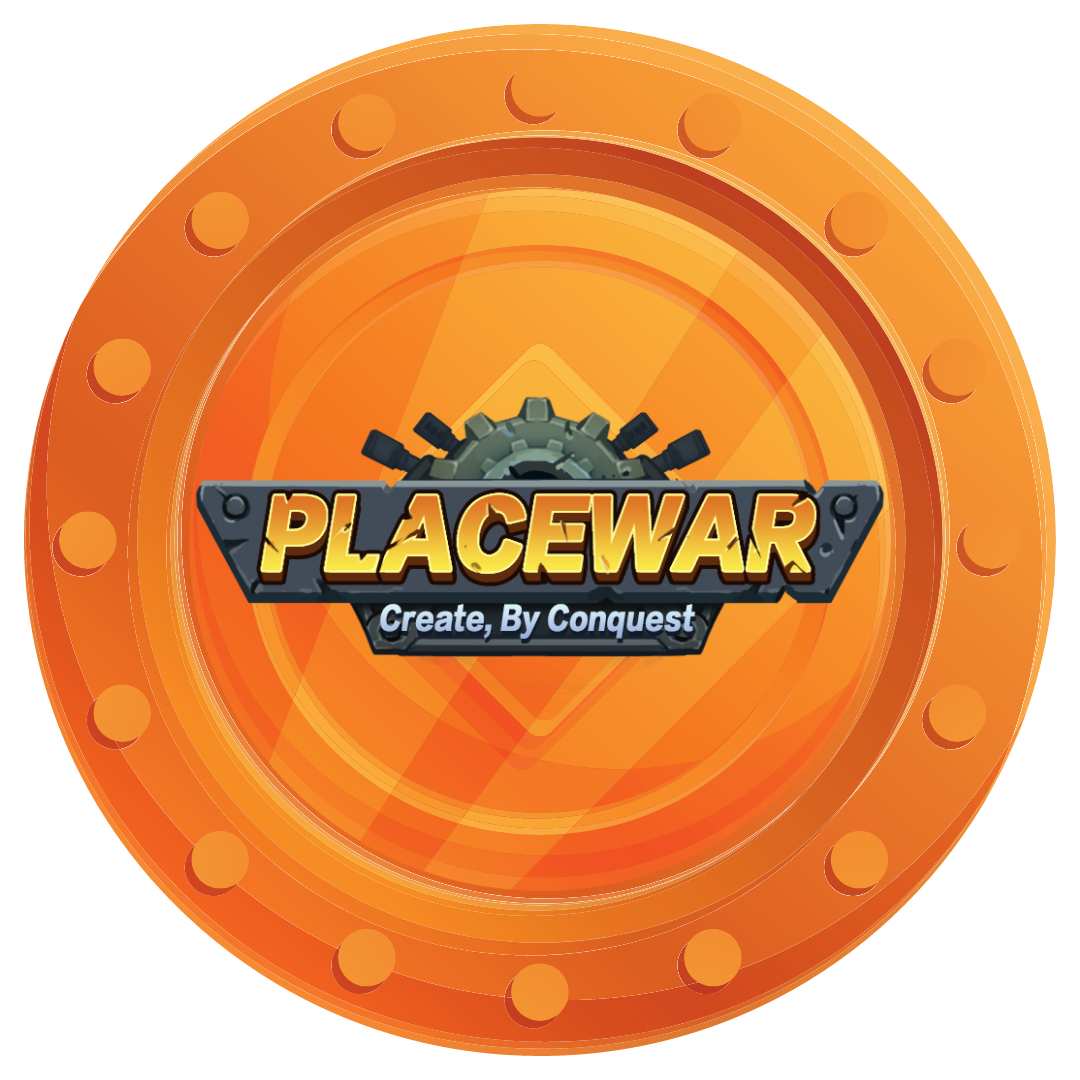 If you would like to know where to buy PlaceWar at the current rate, the top cryptocurrency exchanges for trading in PlaceWar stock are currently Gate.io, PancakeSwap (V2), LATOKEN, and Hotbit. You can find others listed on our crypto exchanges page.

PlaceWar is a strategic play-to-earn social game universe deployed on multi-chain with highly engaging artillery gameplay that encourages players to create and define the outlook of the in-game world through building, battles and alliance.

Inspired by r/place, PlaceWar creates a gamified and open Internet culture metaverse and puts users in control. You are guaranteed with a gaming experience that you've never seen before in any other Play-To-Earn games. We integrate battle and creation, and we make sure there is an incentive mechanism to support them both.

PlaceWar consists of two systems: the Battle system and the Pixel system.

Players can have a quickstart of battles in the Battle system modes:

Upon winning a game, the player would receive token rewards, NFT and non-NFT rewards.

The Pixel system is the land system of PlaceWar. The Pixel system has a map of a canvas world named Placedonia which is divided into 90,000 pixel lands which players are able to own as NFTs. Each pixel is a piece of land where players are able to park their tanks, collect randomly generated resources, construct buildings or even choose a color to represent their pixels on Placedonia. The Placedonia allows players to invade other pixels by challenging their defender bots into a tank battle. Successful invaders will loot any unharvested resources and be able to force change the representing color.

Through invasion, players are able to create their own paintings and turn them into visual territories. Such a mechanism can bring the in-game guild idea into PlaceWar, which increases the social bonds between players.

There are mainly 4 ways to earn in PlaceWar:

1. Play-to-earn: win battles in PVE and PVP to earn rewards

2. Predict-to-earn: put wager on yourself in a Guild War and win the game to earn

3. Collect-to-earn: become a pixel owner and collect resources to earn

4. Create-to-earn: Top 100 by conquest point eligible to be voted on to win a seasonal creator reward

Who Are the Team behind PlaceWar?

PlaceWar was Co-founded by Myrtle Anne Ramos. She is also the founder of an Award-Winning Blockchain PR and Marketing firm Block Tides. She is an official influencer of Coinmarketcap, KOL Partner and Operations at MetaGaming Guild and VP of GokuMarket. Myrtle is also one of the pioneers in organising Play-to-earn game scholarship programs, her scholarship program with her partners, and different Play-to-earn games is one of the biggest in South East Asia.

The PlaceWar project brings together members who are both prominent and experienced in the game development industry as well as blockchain technology. The core game developers are from Mega Game Studio, a leading mobile gaming studio in the Philippines and Taiwan. With more than 10 years of gaming and development experience in the team, Mega has had a successful track record and is capable of handling all tasks from product creation to marketing and monetization.

PlaceWar has a core gameplay which is artillery shooting, allowing user generated content (Pixel canvas world) that ties incentives to creation with the core battle system. PlaceWar’s Pixel lands scarcity for the purpose of creating a painting, which means players need to fight each other to take control of pixel colors to create. This would increase the interaction between players, not just with the game incentive mechanism. This would generate genuine in-game currency spending and revenue, rather than traffic induced by plat-to-earn incentives