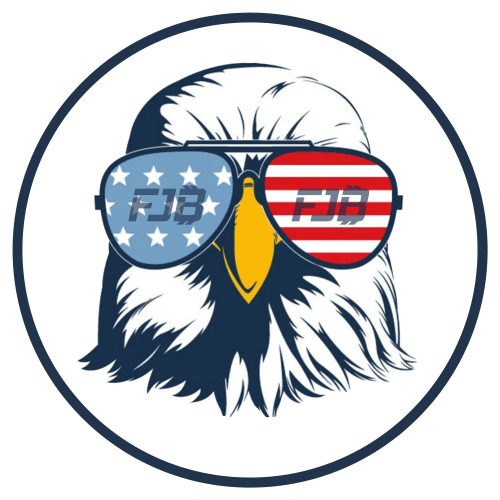 If you would like to know where to buy FJB Coin, the top cryptocurrency exchanges for trading in FJB Coin stock are currently LBank, PancakeSwap (V2), WhiteBIT, XT.COM, and ProBit Global. You can find others listed on our crypto exchanges page.

FJB Coin is building a decentralized media platform, which allows for complete freedom of transmission of thoughts and ideas. By using a blockchain-based, decentralized network, we allow for authors to produce immutable data items on our website. We believe that our platform will give a voice to those who have been traditionally disenfranchised via the unfiltered exposition of viewpoints across the globe. FJB Coin is strategicallypartnered with Stephen K. Bannon and Boris Epshteyn.

Mr. Bannon is the Founder and Host of WarRoom. He served as CEO of President Trump’s 2016 campaign and was the White House Chief Strategist and Senior Counselor to President Trump. Mr. Bannon is a former Naval Officer and M&A investment banker at Goldman Sachs. He holds Graduate Degrees from Harvard Business School and Georgetown University.

Utility of the Coin:

Built on Web 3.0, the media website will operate as truly decentralized media platform, which would allow for the free flow of thoughts and information on a global scale without going through a centralized media corporation. Although within the current state of digital media consumption, users are allowed to articulate assertions to audiences of greater magnitude than any point in the history of humanity, those with taboo viewpoints will see the suppression of their voice either by the deletion of a post or the outright banning from a social media platform. A truly decentralized media platform, built on the blockchain, allows for the immutability of viewpoints, regardless of the degree to which they vary from the status quo.

How Many $FJB Tokens are in Circulation:

Total Supply is 40 Billion Tokens, however, 50% of tokens are burned (20 Billion). Therefore, the total circulating supply is 20 Billion tokens. 100% of the circulating tokens are publicly owned, there are no developer wallets. Developers are paying for the building of the decentralized media website via the tax on every transaction, which is written in the code.

Who Is the Founder of FJB Coin?

Grant Tragni is the founder and lead developer of $FJB. He has his masters in Quantitative Finance, formerly worked at one of the world's largest FinTech providers, and operates many other businesses such as motivational speaking, blockchain business consulting, and much more.

The project now has 3 lead developers, and employs more than 10 staff members.

Where Can I Purchase FJB Coin?