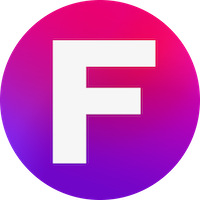 If you would like to know where to buy Fanadise at the current rate, the top cryptocurrency exchange for trading in Fanadise stock is currently Gate.io. You can find others listed on our crypto exchanges page.

Fanadise is a decentralised platform for utility non-fungible tokens (NFTs) for social media personalities and one of the first cryptocurrency tokens that base themselves on popular global figures, much like fan tokens created by global sports clubs for their supporters, such as the AC Milan Fan Token. In the case of Fanadise, the influencers are content creators such as singers, athletes, YouTube personalities and models. What these influencers have in common is tens to hundreds of thousands of followers on their social media, with some even having millions of followers.

The idea behind Fanadise is to collect, buy, stake and sell non-fungible tokens (NFTs) from these influencers, introducing them into the crypto world and creating a bridge between social media influencers and cryptocurrency. Fanadise is all about “Digital Love,” showing your support for the influencers through buying their NFTs and getting to enjoy experiences and services with them, allowing fans to build deeper connections with their idols.

Fanadise claims to “change the system and give power back to the creators” by leveraging blockchain technology and NFTs to change the current system of ownership. It aims to revolutionize influencer marketing, ecommerce and crypto services, all on the Fanadise platform.

This is done through influencers sharing limited access content such as photos, tickets to events, short videos, audio messages, drawings and even merchandise.

Who Are the Founders of Fanadise (FAN)?

There are three co-founders of Fanadise. Jakub Chmielniak has more than 10 years of experience in internet businesses and is the creator of global ecommerce company Lethe which sells products in 50 countries. Bart Sibiga is the founder DDOB, a popular influencer marketing company which works with 100,000 micro influencers. Finally, Stuart Burton is a former social influencer with more than 10 million followers in all social media.

Fanadise first went viral in July 2021 when they collaborated with Polish influencer Marti Rendi, who sent out “Digital Love” to her fans through NFTs and access to private chats with her.

Fanadise is unique as it aims to transform the world of social media by incorporating cryptocurrency into it. The goal is for influencers to release limited NFTs along with the content they release, allowing their fans to support them. Influencers also get a cut every time fans resell their NFTs. There’s a lot in it for influencers to join the Fanadise network.

For users, there are tons of benefits to be associated with staking FAN tokens, starting with the fact that staking these coins earn users a higher chance to draw an NFT. In addition to that, the longer they stake, the more NFTs they get. Staking FANs also provides liquidity and earns rewards. With FAN tokens, subscription prices are lower.

Another unique feature that Fanadise offers is a lottery that allows users to try to win FANs and NFTs, of which there are six types of differing numbers due to the level of uniqueness of these NFTs. The lottery sessions are called “burnings” and occur twice a week on Wednesday and Sunday. These events guarantee 1 million burned tokens each week and during each event, two lucky users who bought 1500 FAN tokens will have their tokens multiplied to 10,000 and 25,000. \ \ Because Fanadise is all about connecting influencers with their fans, FAN tokens can buy “moments” with the influencers. By unlocking influencer pools, users can also hunt for the “moments” — of which there are six types of differing uniqueness — they want to get with their idols. There are a total of six subscription levels that fans can be on, depending on how much interaction they want with the influencers and how much they are willing to pay.

Take a deep dive into fan tokens and how they work.

Learn more about non-fungible tokens (NFTs) in our guide here.

How Many Fanadise (FAN) Coins are There in Circulation?

There are a total of 1 billion FAN tokens for circulation available. The current circulating amount is unknown.

The tokenomics of Fanadise are as follows: \

How Is the Fanadise (FAN) Network Secured?

Currently, Fanadise has not explained how their network is secured.

In October, the team released a post on Medium stating that they are securing a new contract with the following security additions: automatic liquidity pool increase, automatic burning, anti bot, anti whale, whitelisting and blacklisting of any other addresses and finally, staking, vesting and APR for locking liquidity.

As of end October 2021, the current value of FAN tokens stands around $0.03536 and is projected to remain so for the next few years. A $1 price would imply more than a 28X from current price, which is not extraordinary in the volatile crypto markets, especially if the team exceeds its objective extremely successfully.

Where Can You Buy Fanadise (FAN)?

Fanadise is listed on several cryptocurrency exchanges and its NFTs can be made via fiat payments. Among them: PancakeSwap and Gate.io.