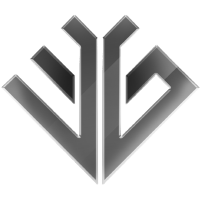 If you would like to know where to buy ELONGATE at the current rate, the top cryptocurrency exchanges for trading in ELONGATE stock are currently MEXC, BitMart, PancakeSwap (V2), Decoin, and PancakeSwap. You can find others listed on our crypto exchanges page.

ELONGATE is a cryptocurrency token on the Binance Smart Chain that powers a social impact movement. A 10% transaction fee rewards holders and donates significant sums to philanthropic activities. The ELONGATE team is building a social impact ecosystem to revolutionize social impact on the blockchain.

How Many ELONGATE Tokens Are There in Circulation?

The ELONGATE cryptocurrency launched on March 25, 2021 with 1 quadrillion tokens. Roughly 412 trillion tokens were burned at creation, and over 24 trillion have been burned since. The team burns tokens weekly on an ongoing basis.

Who Are the Founders of ELONGATE?

ELONGATE was legally incorporated as a company on July 23, 2021. ELONGATE is governed by a leadership board, which includes Hasan Aziz, Chief Operations Officer, and Alexander Gambon, Chief Brand Officer. Hasan’s professional experience includes leading quality assurance, automation, and testing in the UK banking industry. Alexander’s professional experience includes leading creative direction and brand strategy for non-profits & universities. Along with the rest of the team, they have been enthusiasts and scholars in the crypto space since 2012.

Where Can I Buy ELONGATE Tokens?

ELONGATE is tradeable on PancakeSwap, as well as a growing number of CEXs and DEXs. All information can be found on the official How To Buy page.

ELONGATE's mission is to leverage community action and blockchain technologies to grow a global movement that defies the status quo and makes profitability intrinsically linked to positive social impact. This is done via three pathways: igniting a social transformation, building transparent pathways to capital for earning and giving, and empowering people to create a sustainable world.

ELONGATE's vision is to forge a revolutionary social impact ecosystem on the blockchain.

More information can be read on the company’s About page.

How Is ELONGATE Secured?

ELONGATE aims to deliver maximum security and trust with an ever-adapting set of market analyses and real-time adjustments to ensure sustainability.

The smart contract has passed a Certik Audit, and the open source contract is available on BSCScan. The team has locked more than 80% of the liquidity, and no wallet owns more than 1% of the supply. The team is fully public on LinkedIn, and the company is legally incorporated.