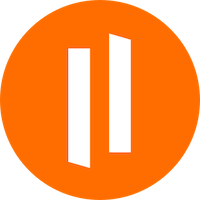 What is YESorNO (YON)?

Launched at the end of year 2018 in the gaming industry to validate its product market fit (with a free to play approach first / no money) on an industry led by historical leaders, YESorNO is now preparing its launch as a Dapp, by T2 2022, with its coin YON. From 2019 on, YESorNO has been backed by business angels thanks to a first fund raising, and nearly 5,000 from various countries have joined the project in september 2021 to participate in the development of the Dapp project. Managed by an internationally experienced team based in France, YESorNO will be a dapp that intends to offer a new user experience in the betting industry (playing money now), where traditional operators usually enable their members to place their bets only on the plateform content, and majorly on sports. YESorNO will enable its members to play with its coin YON, on the bets created by the community, on any kind of topic. To learn more about the history and the forecasts of the project, please take a look at our website and white paper : https://yesorno.bet

Who Are the Founders of YESorNO (YON) ?

YESorNO was founded by Gilles Feingold, who was the founder of several innovative projects for 25 years now. One of the main co-founders/associates, Pierre Klein, was a manager of Betclic (european leader in the betting industry). The rest of the team is composed of experts in the blockchain (both on technical and marketing aspects) and legal betting area.

YESorNO is a dapp that enables its users to create bets by themselves (instead of the traditional industry approach where you may only bet on the bets of the operators). Moreover, while you usually bet on sports and for example on the name of teams and on very formatted bets for example, on YESorNO, the players will have the possibility to bet only by using YES or NO choices, and on 2 “proprietary” formats of betting : a 60 characters maximum sentence or a video. This new kind of approach of betting on our alpha app has generated 30 millions bets with its community of 100,000 ‘test players” from may 2019 to september 2021. From that starting point, the platform is organized to give a special place to the members, and not only reward those who win on a bet. The participants and those who create some value for the app and its members (by sharing the content, by participating to the consensus at the end of the bet to get the final result, or just by holding their tokens), will be rewarded with YON for that. More generally, those who contribute to the life and value of the app, will take advantage of being part of the project. A part of the tokenomics is representative of this vision and the distribution of some of the coins. The revenue generated by the advertising on the app will be dispatched between the platform and its members, and a certain number of coins will also be distributed each month to reward the community through a dedicated community fund, on the same kind of principle than Bitcoin that is remunerating people who help the network. YESorNO, as one of the first movers in the betting industry on the blockchain, will try, thanks to its vision and original approach, to take the leadership of a 150 billion dollars worldwide market.

How Many YESorNO (YON) Coins Are There in Circulation?

There is a maximum supply of 9 billion YON — but at the fisrt listing, there will be a circulating supply of about 1 billion. Three rounds of public sales of YESorNO tokens were held between Juily 2021 and September 2021. YESorNO price during its pre-launch sale was $0.003.

Where Can You Buy the YESorNO token (YON)?