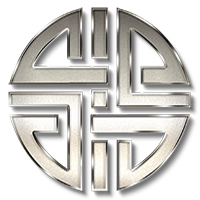 If you would like to know where to buy StrongNode Edge at the current rate, the top cryptocurrency exchanges for trading in StrongNode Edge stock are currently MEXC, DigiFinex, and LATOKEN. You can find others listed on our crypto exchanges page.

StrongNode.io is an Edge / Infrastructure-as-service (EaaS / IaaS) software venture and innovation lab that powers companies globally through its next generation of edge networking by uniquely harvesting a trifecta of idle compute resources and leveraging new blockchain technologies. We are delivering an on-demand, secure, and scalable node technology that will fundamentally reshape the future of how increasingly valuable compute resources are accessed and monetized. We are pioneering a new paradigm in digital connectivity. To power the edge computing technology, StrongNode harvests a trifecta of untapped resources:

StrongNode IaaS technology have applications in hypergrowth industries such as, but not limited to:

What Is The Token Utility Behind $SNE?

1) Node Enterprise Users pay for services via different methods: Traditional methods, via the $SNE token, or a combination of both (with a lot of incentives to use $SNE). If traditional FIAT methods are chosen via credit card or accounts receivable, whatever $SNE token is needed to pay the Node Seeders will be bought back and distributed to Node Seeders. The rest of the income goes to the treasury.

a) Companies will be able to stake the token which will offset their costs of using resources and guaranteeing uptime, etc. The longer they hold, the more benefits they get with multiplier discounts, etc.

5) Governance through staked token. The DAO will control the direction of where some treasury strategies and where the philanthropic fund distributes the contributions.

6) Will have a separate contract to handle NFT interactions, especially for StrongNode ID.

7) Farming Users can single stake for 1, 3, 6, 12 month options. Will have also a yield aggregator that maximizes returns on partner farms.

a) The longer you hold the more multipliers that are added, especially on the yield aggregator we are building.

Who are the Founders of StrongNode Edge?

With more than 20 years of diverse experience working with global companies, Daniel Saito leads the StrongNode team as Chief Executive Officer and Co-founder. Daniel Saito’s former role as Managing Director for MySQL K.K. and played a pivotal role in the growth of MySQL’s open-source database solution and its $1B exit to Sun Microsystems in 2008. He is known for his previous achievements at News Corp, SEGA, NTT DoCoMo R&D, MariaDB. Later consulting through his boutique technology firm RedRobot K.K, he has advised on numerous blockchain projects such as Bluzelle, WAX, OpenST, and more.

In addition to Daniel Saito, the StrongNode executive team features Colin Charles as Chief Technology Officer. Colin was an early employee at RedHat and MySQL and co-founded MariaDB Server and has extensive experience with numerous open-source projects from engineering to community management. He worked with Daniel during their MySQL days, from its exit to Sun Microsystems to help build MariaDB. The team’s Chief Product Officer is Gil Bashan. He has over 15 years of experience driving product roadmaps and engineering teams with Adobe and a public company they acquired called, TubeMogul. He has managed millions of dollars per quarter for the largest brands and agencies in the world, such as Microsoft, 3M, Heineken, Pulicis, WPP, Barclays, Ogilvy, Omnicom, and L’Oreal. Craig Edelman, serves as the Chief Financial Officer. He previously managed over $20B in global M&A at PwC before he oversaw $1+ billion in sales for leading consumer companies Mr. Coffee, Crock Pot, and The Clorox Corporation.

Where Can I Find StrongNode Edge?

StrongNode is working towards becoming blockchain agnostic, being initially available on Polygon Network and then working to roll-out on Solana, Ethereum, Binance Smart Chain, and Cardano. Presale will take place the week of the 18th of October on Starter.xyz, Bullperks, and Trustpad.

Our most recent articles about StrongNode Edge: