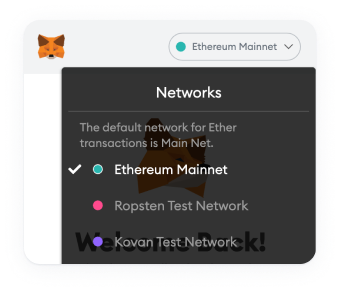 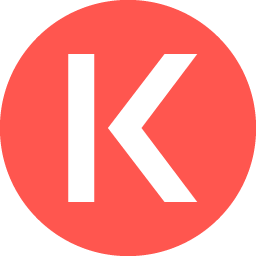 If you would like to know where to buy Kava at the current rate, the top cryptocurrency exchanges for trading in Kava stock are currently Binance, Bitrue, MEXC, CoinTiger, and Bitget. You can find others listed on our crypto exchanges page.

Kava is a Layer-1 blockchain that combines the speed and interoperability of Cosmos with the developer power of Ethereum.

The two co-chains are connected by a translator module that enables them to interoperate seamlessly, bringing the two most used blockchain development environments together in a single, scalable network.

The Kava Network features a native governance and utility token, KAVA, that can be staked by validators or delegated to validator nodes. Stakers and delegators earn 37.5% of all KAVA emissions as a reward for securing the network. Kava stakers also have voting rights in network governance proposals.

Kava Labs is the primary contributing team to the Kava Network. The company’s mission is to establish the Kava Network as a top-five Layer-1 blockchain by driving properly empowering and incentivizing the developers that drive growth and usage for Layer-1 ecosystems.

The current CEO of Kava Labs is Scott Stuart, a former professional poker player and serial entrepreneur. Scott served as the Head of Product for Kava Labs from 2017 to 2021, when he took over as CEO from Brian Kerr.

Brian Kerr previously worked as an advisor for several digital asset-focused companies, including Snowball and DMarket.

Ruaridh O'Donnell is an MSc Physics graduate and former engineer and data analyst at Levelworks.

The Kava Network utilizes a developer-optimized co-chain architecture that delivers the development power of Ethereum and the scalability, interoperability, and low transaction fees of Cosmos in a single network.

The Kava Network empowers developers with: *Flexible Deployment: Developers can build and deploy on either of the two most used permissionless execution environments in the world using the EVM-compatible Ethereum Co-Chain or the Cosmos Co-Chain.

Check out Cosmos (ATOM) — the network that Kava's core architecture is based on and which enables the IBC protocol.

As of March 2022, there are ~158 million KAVA tokens in circulation, out of a currently uncapped maximum supply of tokens. Since KAVA is inflationary, the maximum supply increases over time.

All vesting KAVA has been unlocked, so there are no remaining investor or team unlocks. All newly emitted KAVA derived from inflation goes to developer incentives and staking rewards:

Of the remaining initial KAVA token supply, 25% was allocated to Kava Labs shareholders and the final 28.48% is assigned to the Kava Treasury — to be used for growing the Kava ecosystem.

Kava holders can run a staking node to earn KAVA rewards directly from the protocol. However, only the top 100 Kava nodes (also known as validators) are eligible to receive these rewards. Beyond this, KAVA holders can stake their tokens on various compatible exchange platforms, like Binance, Kraken, Huobi Pool, and in wallets like Trust Wallet, Cosmostation Wallet, and Keplr.

The KavaDAO is a fully decentralized autonomous organization (DAO) governing the Kava Network. KAVA stakers and validators secure and run the network; thus, their responsibility is to table and vote on proposals that affect the Kava Network.

These changes can take the form of smart contract modifications, adjustments to the global debt limit, the addition or removal of collateral assets, among other considerations.

As of March 2022, Binance is the most liquid exchange for KAVA tokens, whereas Kraken is the only exchange to offer KAVA/EUR and KAVA/USD trading pairs. To learn more about buying cryptocurrencies with fiat, see our comprehensive guide.