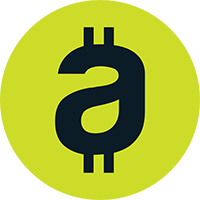 If you would like to know where to buy AddMeFast at the current rate, the top cryptocurrency exchange for trading in AddMeFast stock is currently PancakeSwap (V2). You can find others listed on our crypto exchanges page.

The AMF token is a replacement for the point and reward system that was previously utilized on AddMeFast.com. With the AMF token users on the network can now earn money as incentives instead of points (Engage to Earn) is now a reality on our network. The AMF token provides a robust way for the AddMeFast network to accommodate the new internet, Web3.0.

Experienced investors will appreciate the competitive advantage of AMF Token:

Invest in the Exciting New Future

• Utility: The value of the AMF token is not based on speculation but backed by the utility of the AddMeFast network. Which have a capacity of more than 6.4 billion exchanges (likes, follows, hits, views, shares, etc.)

• Sustainable System: Rewards on the AddMeFast network doesn’t come from inflation but from active usage by promoters and users of the platform (There are 15.6 Million registered users on AddMeFast with more than 12 Million monthly page views from 211 countries.)

AddMeFast creators are tech experts who have built one of the most advanced systems in the world for SOCIAL MEDIA MARKETING and EXCHANGE.

Utility of the AMF Token:

With the AMF token, we provide everyone with an opportunity to be a part of our journey to success. We are leaders in the field of social media marketing/promotion, and we will be leaders in blockchain.

Join us as we shape the future of Social Media Marketing & Crypto Promotion!