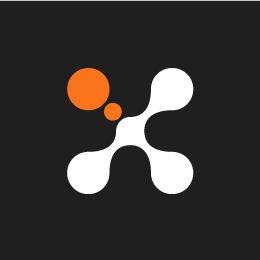 The DPOPS ( Delegated-Proof-of-Private Stake) is a brand new and unique protocol that focuses on privacy. The protocol offers a range of privacy features that include, ● Privacy Flexibility: One single wallet on a single blockchain can be used to perform public and private transactions at the discretion of the users. This enables anonymity to be used when privacy is needed, while allowing for transparent transactions when required. ● Privacy Swap: Always putting the user experience first, X-Cash is the first blockchain to offer this feature with such a high level of ease from the user perspective. ● Secured & Unfalsifiable: Private and public transactions are cryptographically signed in large fixed ring-sized transactions.

■ Secured by the top 50 elected delegates: Anyone can run an X-Cash node and become a delegate. But to be able to forge new blocks, secure the network, and earn the block reward, you will need to be voted into the top 50 by other members of the community.‌ ■ Staking & Voting: The delegates are elected by the community. Each person can attribute a stake of a minimum of 2M XCASH to a delegate to represent a weighted vote. Additionally, the voters' stake never leaves their wallet thanks to the use of cryptographic reserve proofs; you stay in control of your XCASH at all times. ■ Improved security: Using a DBFT communication system to guarantee a 67% consensus, and a verifiable randomized selection of a block producer to avoid delegates targeted attacks, everything has been implemented to improve the security of the network.

X-Cash has since the beginning of the project brought new innovation to the privacy coin space (notably FlexPrivacy, public & private transactions on the same blockchain, from the same wallet).