What Is Codex (CDEX)?

Codex is a utility token created on the HTMLCoin Blockchain. It is currently used for:

The HTMLCOIN Foundation is developing key use cases to show the capabilities of the platform where decentralized technologies using cryptocurrencies and distributed applications can bring innovation to large economic groups and communities across the globe. It works with a number of partners and startups across the globe, such as Codex on Althash, for their final deployment of services.

How Many CDEX Coins Are There in Circulation?

Who Are the Founders of Codex?

Where Can I Buy Codex (CDEX)?

CDEX is available for trading on a growing number of exchanges, with cryptocurrency pairs currently available.

Graviex offers the largest number of pairs as of January 2021, while STEX offers an Ethereum (ETH) option.

‘CDEX’ token is not an ICO or a public/private sale. By owning CDEX, you do not own shares of any company. ‘CDEX’ was created to aid in the production of software and programming of different software, in addition to acting as an access/utility token to many applications. ‘CDEX’ has no initial investors and tokens are gained through various application’s networks, promotions, tipping, and timed token releases. 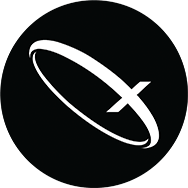