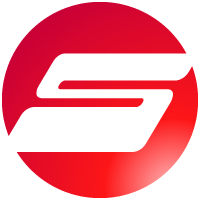 SIDUS HEROES is considered to be the gaming industry’s first NFT-based, AAA-level, Play-to-Earn, MMORPG game. Events inside the game take place in a futuristic world based on crypto and blockchain philosophy, where all living beings have merged with technology to create superior races.

The hottest 12 blockchains are represented as planets within the SIDUS HEROES game — Bitcoione, Etheredus, Polkacyon, etc. and they all have their own race of beings. Every race has its own distinctive features as well as an army and a political system, making the gaming process an enjoyable adventure with a wide variety of unique gameplay scenarios.

SIDUS HEROES relies on the SIDUS (gaming) token and the SENATE (governance) token.

The SENATE token is used by the in-game mechanics as a governance coin as well as in-game currency for certain products within the game.

Users who hold SENATE tokens will be able to:

How many SENATE tokens are there in circulation?

SIDUS NFT HEROES is being developed by a large number of experts from different spheres — blockchain, DeFi, game development and NFT art. Bringing their experience and creative ideas together, the team has combined efforts to launch this revolutionary WebGL, AAA-level, Play-to-Earn, NFT and RPG game, stunning the world with their marvelous brainchild.

At this point, the SIDUS HEROES team has successfully launched a demo version.

The launch of the public beta version of SIDUS HEROES is planned to take place on January 23rd 2022.