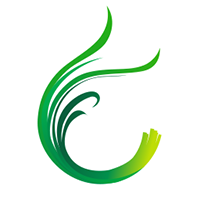 If you would like to know where to buy Chives Coin at the current rate, the top cryptocurrency exchange for trading in Chives Coin stock is currently LBank. You can find others listed on our crypto exchanges page.

What Is Chives (XCC)?

Chives is a proof-of-space-and-time (PoST) blockchain platform that says its goal is to be a green alternative to PoW cryptocurrency. While most PoW blockchains are secured by energy intensive mining processes, Chives uses a much greener process than your average PoW algorithm.

Chives was released on June 30th, 2021 and the binary file for mining was released on July 5th, 2021. Chives is a branch of CHIA XCH. The farmers on Chives XCC, can use free hard disk space to mine 90% of chives openly, fairly and transparently.

While Chives XCC is a layer 1 blockchain, it is also already building a second-layer network. The second-layer network will be backed up by Master Nodes, similar to networks like DASH. The Master Nodes (also known as the full nodes), will not participate in mining activities, but will have the function of allowing instant transactions, decentralized management and budget decision-making. Master Nodes are scheduled to be released on the network in the next 12 months.

The remaining 10% of the block reward is used to build a healthy and complete Chives community environment. The allocation of the 10% fund will be decided by the Master Nodes, which will vote to fund projects that positively contribute to the Chives network as a whole.

The team behind the Chives XCC blockchain are already issuing some compelling use cases for its technology, like the launch of NFT gaming projects.

To learn more about Chives XCC, read on to find out who the Founders are, network security, tokenomics and future projects.

Who Are the Founders of Chives?

Any charitable actions or plans from the Founders? Chives XCC is developing an environmental initiative together with The Chia plot and other Forks. This initiative will be funded through donations from the Chives XCC community funds. The initial forecast for this project is of 10,000 XCC, donated on a monthly basis, to initiatives such as https://edenprojects.org/ and/or https://water.org/ (the final beneficiary of the donations will be subject to a vote by the network members, once all the legal details of this project will be concluded.)

Chives XCC is unique as it was built with the following in mind:

Listen to what the Blockchain community wants Analyse what works Discover what the community loves and what they believe in when it comes to their favourite projects.

The project is based on a Proof-of-Space consensus similar to famous projects like Chia. In comparison, Chives XCC has actually come out with a 0 Pre-mine, NO ICO and a smaller Plot size to truly be the greener option for crypto mining. By having smaller plot sizes you can avoid putting any stress on hardware like SSDs or HDDs during the plotting process as the entire cryptography process is done on RAM memory.

How Many Chives (XCC) Coins Are There in Circulation?

There is no maximum supply of Chives XCC and at the time of writing, there was a circulating supply of about 129,600,000.

There was no pre-mine or ICO and have a block issuance of 18.75 seconds with a block reward of 200 XCC.

There are two stages in the Block Rewards distribution:

The network will also undergo a halving every 3 years all the way to a block reward of 12.5 XCC per block from the 13th year.

How Is the Chives XCC Network Secured?

Chives XCC is secured through a green PoST protocol.

The project, at the time of writing this, is secured by over 6,400 miners/farmers with a network space of 271 PB. While the blockchain is a fork of Chia XCH, unlike other forks, the Chives XCC fork is unique in the way that farmers on the Chia network or any other forks of Chia cannot use the plots/network space on the Chives blockchain. This offers a higher level of security to the Chives XCC network, reducing the risk of a 51% attack. An additional security measure against attacks on the blockchain, Chives XCC is actively working on the development of Master Nodes.

The Master Nodes will be backed by Chives XCC collateral, and have the sole purpose of advanced services, governance and security by holding full copies of the blockchain on them.

As there are incentive mechanisms in place to reward miners/farmers and Master Nodes, this means that participants in the smooth operation of the network are rewarded for their involvement.

What Is Chives Farm?

The Chives Farming Game will be a play to earn concept, taking inspiration from games like Pokemon and Axie. It will have a custom story line and features adapting it to something unique for our community.

If you’re familiar with play to earn games like Axie, you will be glad to know that we will have features like breeding, battle, trading and renting available for all players participating in the growth of this game. Should you have multiple pets, you can rent them out to others for additional passive income. Rental to other players will bring an extra income divided into a 20/80 or 30/70 model. Should you want to trade, a Marketplace will be available for you too.

Chives Farm will have six different Pet races to begin with and each race will have at least 6-8 different development paths. Each development path will also be divided in 10 different variations, this will allow for a very high variation of pets. The evolution of the Pet levels is very complex and there will be a whole set of mechanisms to ensure the growth and development system alongside the economic system.

Where Can You Buy Chives (XCC)?

As a new cryptocurrency in this vast crypto universe, Chives XCC is only listed on two exchanges at the time of writing this article. You can currently buy Chives XCC on the LBank exchange and also on their own p2p exchange at chivescoin.net .

The current trading pair on LBank will be XCC/USDT while the p2p exchange at ChivesCoin.net will have a number of pairs available, and these include but are not limited to: XCC/USDT , XCC/HVQ and XCC/XCH .