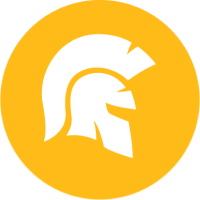 HER Quotazione in tempo reale

HeroVerse is a match-3 puzzle and RPG play-to-earn game that presents itself as the “first pioneer to bring the Top Grossing Mobile Genre Game to the blockchain universe.” HeroVerse aims to replicate the success of match-3 puzzle games like Candy Crush Saga by combining puzzle game elements with RPG elements, where players can receive rewards for winning battles and advancing through levels. The game combines NFT game concepts with traditional gameplay to attract players from both sectors.

Heroverse also adds RPG features like exploration and looting, with players activating quests in the game’s metaverse. Moreover, the game features a Daily Raid mode, allowing players to complete missions to receive rewards. The game’s roadmap promises the introduction of other gameplay modes such as Tower, PVP, and Clan Event by the end of Q1 2022.

Who Are the Founders of HeroVerse?

HeroVerse stresses that it is a play and earn instead of a play-to-earn game since the focus is on delivering a relaxing and entertaining game experience instead of maximizing players’ profits while playing. The game’s story revolves around the player picking from a pool of 29 different heroes with distinct personalities and power abilities. Heroes belong to one of four races: Human, Beast, Forest, and Demon.

Designed in a colorful comic-book style, the player must battle enemies and make sure their heroes stay alive. This happens through a combination of puzzle and RPG gameplay, where success in lining up puzzle elements increases the player’s chances in battle. Players earn rewards for winning battles, which can later be used to upgrade their heroes and trade them on the game’s marketplace.

Players can obtain heroes in a number of ways. Players can trade for them on the marketplace, open a Hero Box and win one by chance, stake the HER token, or combine the four Hero Shards and HER tokens to create a new hero.

The game is divided into different chapters, with each chapter being a location on the game’s map. By completing all milestones and challenges of one chapter, players can move on to the next (Campaign mode). Completion of one chapter unlocks a boss fight, and players get one chance per day to fight the boss (Daily Raid mode).

Players can also partake in the Tower mode, where they have to pass through 100 floors and receive rewards per each passed tower. Moreover, every ten floors, there is a boss fight waiting for them. Finally, HeroVerse will develop a PvP and a Clan mode, where players can compete against each other or combine their resources to make faster progress in the game.

Check out Illuvium (ILV) — another highly-anticipated game with its own metaverse.

How Many HeroVerse (HER) Coins Are There in Circulation?

HeroVerse features two distinct tokens, HER and HES. HER is the game’s pre-minted governance token that can be used to buy heroes and hero boxes. HES is an uncapped reward token that is used for in-game transactions. The total supply of HER is 1 billion and is distributed as follows:

How Is the HeroVerse Network Secured?

HER is a BEP-20 token on the Binance Smart Chain. BSC is secured through the proof-of-stake consensus mechanism. 21 validators are elected every 24 hours to validate transactions and maintain blockchain security. These validators have to stake a certain amount of BNB coins with Binance to be eligible.

Where Can You Buy HeroVerse (HER)?

HER is available on PancakeSwap (V2).