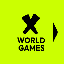 What Is X World Games (XWG)?

The main goal of the project is to connect the fast-growing crypto world with the gaming space to create a global gaming community where users can create, collect and trade NFTs, while taking part in multiplayer games. X World Games is a decentralized gaming platform where members can play-to-earn. Players earn XWG tokens during the game that can be used to implement in-game functionality and trade for other assets.

The metaverse of X World Games brings together millions of gamers and, simultaneously, introduces them to blockchain technology and the concept of NFT.

X World Games took inspiration from the popular card game Pokémon. The team began the project in 2019, and arranged their launch in 2021 on BSC. The first title available on the platform is the digital collectible card game, Dream Card. Developers hope they can attract gamers through its captivating plot following the legendary Romance of the Three Kingdoms.

Who Are the Founders of X World Games?

Fernando Oscar Liu is the founder of X World Games and presently holds the position of CEO at the company. He has been a member of the team since 2017, in addition to investing in a number of projects. He was one of the initial backers of Hangzhou Zhexin - a company focused on online mobile gaming. Liu is a skilled entrepreneur with over ten years of experience in venture capital, private equity, fundraising, restructuring mergers and acquisitions.

Xi (Sean) Chen is CTO at X World Games. Chen is a talented software engineer with 15+ years of experience in the gaming industry and in software development. Prior to joining X World Games, Chen launched several successful gaming projects in China. Moreover, he was engaged in the development of the ZoroChain architecture, creating cross-chain application solutions focused on the gaming world, and founded a blockchain gaming platform - BlaCat.

Erick Wu, the third member of the team, holds a Master's degree in Financial Marketing from New York University and a Bachelor of Economics from Shanghai Fudan University. Wu has been immersed in cryptocurrency and finance the past three years. He also has a background in marketing and strategy, with experience in international investor relations.

X World Games (XWG) is a blockchain-based gaming system that seeks to introduce blockchain technology and NFT gaming to non-cryptocurrency players. The platform is designed around simplicity and convenience featuring low gas fees, fast-minting ability, decentralized governance, and a user reward system. The first game launched in the X Game World ecosystem was Dream Card, in which players can create their first blockchain wallet, gain insight into networked assets, and understand the concept of NFT. More games are planned to appear on the platform in the near future.

Features of the game:

NFT cards: Players create their own character cards, choose weapons and types of equipment, customizing both the combat effectiveness and the uniqueness / value of the card. Game cards are tokenized and presented as NFT. Gamers can trade their NFT сards via the X World Games Marketplace.

DAO: In the X World Games ecosystem, XWG holders form a DAO called Community Council, where token owners make proposals for the development of X World Games, vote on important management decisions, and design their game economy as a whole.

According to the creators of the project, the mission of X World Games is to construct the gaming economy on a completely different level. Utilizing all the advantages of blockchain, including NFT exchange, cross-chain bridge mechanism, DeFi swap & staking, and a game metaverse of creation and play, X World Games hopes to become more of a social network rather than a gaming platform.

Axie Infinity vs CryptoBlades - read an overview of the top NFT games dominating the market.

What is Play2Earn (Play-to-Earn)? Find out with the CMC glossary.

How Many X World Games (XWG) Coins Are There in Circulation?

XWG is the native token of the X World Games platform, aka the native currency in the game, with a fixed total supply of 10,000,000,000 coins. The allocation is as follows:

The XWG token is essential for permanent growth and development of X World Games, serving as fuel for the ecosystem. XWG acts as the payment currency on the X World Games Marketplace where users can sell or purchase in-game NFTs.

Payment: Users buy cards, Mystery Boxes and other attributes of the game.

Mining: Players are rewarded with XWG tokens, and a share of the sale proceeds or transaction fees is distributed among the mining pool. In the X World Games mining pool, tokens are required to create and collect game cards.

Governance: Token holders participate in the DAO voting process. Players can influence the development of the X World Games ecosystem by drafting proposals and voting on various issues.

How Is the X World Games Network Secured?

On top of that, all smart contracts have passed the security audit by Certik. The audit report is available here.

Where Can You Buy X World Games (XWG)?

Don’t forget to visit the CMC blog for updates on other projects.