Hellenic coin describes itself as an encrypted and private cryptocurrency. In order to perform a transaction, users only need a public and private key. Transactions are irreversible so as to prevent fraud.

HNC has migrated in Scrypt Hybrid PoW/PoS algorithm, allowing Hellenic Coin network to benefit from all its advantages, whilst allowing us to correct or modify any parameter to better serve the needs of the platform. One can benefit by staking the coin, which requires a HNC Masternode that can be operated with a desktop wallet online, for at least 4 hours, plus 10.000 HNC. Hellenic Coin total supply is limited to 69.600.000 coins after the recent fork.

Time efficiency is another characteristic of Hellenic Coin, as users can reportedly make global payments within half an hour. The user's private key provides ownership of the respective wallet address. The user's personal information is always hidden, even though his/her Hellenic coin address is transparent. 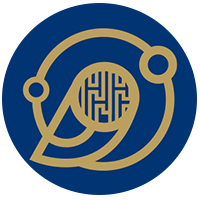