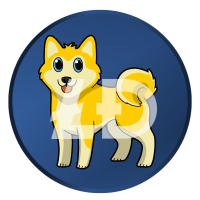 LiteDoge (LDOGE) is an open-source peer to peer cryptocurrency and was forked from bitcoin in 2015. LiteDoge was created by Shawn Macgregor from Paso Robles, California. Considered by many as Doge-Silver, The Shiba-Inu inspired digital currency was the second Doge ever born into existence. The LDOGE community have used LiteDoge as a tipping system on social media sites like Reddit, Telegram and Discord. LiteDoge utilizes a hybrid PoW/PoS consensus mechanism. The total supply is uncapped and has a block time of 64 seconds.

LiteDoge was launched on March 16, 2015. The cryptocurrency did not have an initial coin offering, nor was there any premining of coins. The initial idea was founded by Heathkid, Shawn Macgregor and MinerFTW. Shawn Macgregor, a prominent blockchain developer from California is still currently spearheading the development.

How Can You Buy LiteDoge?

You can buy LiteDoge at any exchange that is currently listing the cryptocurrency.

How Do You Store LiteDoge?

You can either store your LiteDoge on an exchange or in a LiteDoge wallet. Windows and Mac wallets are available at litedogeofficial.org