A Deep Dive Into Solana

What is Solana's solution to the blockchain trilemma? Learn more about the third generation blockchain and how Solana plans on changing the game of building scalable crypto applications. 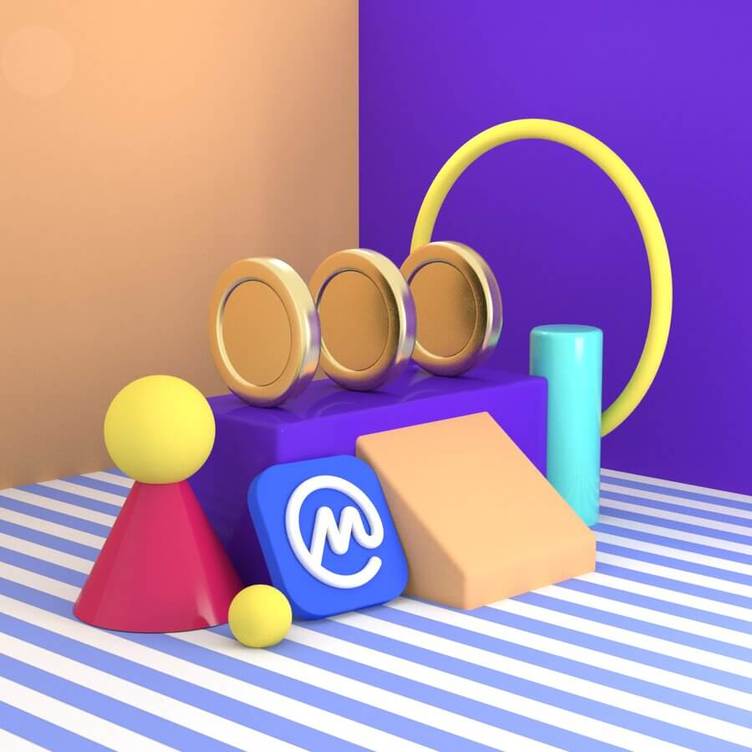 Over a decade ago, fresh off the heels of the 2008 financial crisis, the world’s first cryptocurrency made its debut on the global stage. Even as Bitcoin continues to reign supreme in the crypto markets, it has also paved the way for thousands of other digital assets. From being a temporary bubble, cryptocurrencies – now a $2 trillion industry – have made quite the journey, but there’s still a way to go.
Despite the launch of so many digital assets, new cryptocurrencies continue to enter the market, attempting to tackle the issues that other assets have not yet been able to. Both Bitcoin and Ether, the first- and second-largest cryptocurrencies by market capitalization, have been instrumental to the blockchain industry’s growth, pioneering many of the technology’s contemporary use cases. However, they too have shortcomings in certain areas, as compared with newer blockchain-based platforms. Scalability remains the biggest challenge ahead for both of them.
When Ethereum was launched as a “world computer,” it was intended to be a single, composable, permissionless network that could run code in a trustless environment – and it’s been successful on most fronts. However, its lack of throughput, use of an unpopular programming language, high latency and high gas fees make it a rather challenging ecosystem for developers.
A seemingly endless stream of networks have rolled out solutions to the scaling problem but none have been entirely successful in their goals. The so-called blockchain trilemma has long haunted distributed networks, as new projects attempt to create a decentralized network that is both scalable and secure.

The challenge lies in achieving all three aspects of the trilemma: decentralization, security and scalability. While some projects have successfully built networks that solve one or two facets of the problem, few have come close to implementing all three.

The blockchain industry is no longer in its nascent stages in terms of both digital assets’ price and their ever wider adoption. People have started jumping on the bandwagon and blockchain networks need to be capable of handling the additional demand. The Solana network was designed to address all of these problems.

Solana is a third-generation blockchain that supports an array of DeFi solutions, including the development of decentralized applications (DApps) and smart contracts. Unlike other blockchains, Solana uses a hybrid consensus algorithm that combines proof-of-history (PoH) with proof-of-stake (PoS), enabling the network to carry out up to 50,000 transactions per second.
This open source initiative also allows for much greater efficiency than current models using only a few hundred nodes. Though DApps are currently stuck on the Ethereum platform due to its composability, many are looking for alternatives given how expensive and slow it’s become.
Subscribe

Before founding Solana, Anatoly Yakovenko was a senior staff engineer manager at the American multinational corporation Qualcomm. Soon after, Yakovenko jumped ship to Dropbox to work as a software engineer, before eventually leaving the company to start building Solana in 2017.

Solana was rolled out during the 2017 ICO boom, and it went on to raise $25 million in public and private funding rounds. Its first task was to address the time it took networks like Bitcoin and Ethereum to reach a consensus, which led to the incorporation of PoH into its consensus algorithm, in contrast to better-known, established consensus mechanisms.
A year later, Anatoly hired his ex-colleague from Qualcomm, Greg Fitzgerald, as Solana’s principal engineer to code the blockchain network in the Rust programming language. The project’s official whitepaper and internal testnet were released in February 2018, followed by multiple testnet phases leading to the eventual release of its incentivized test network in 2020.
Solana’s mainnet beta was launched in March 2020, after which the project (then called Loom) opened its doors to several other ex-Qualcomm employees, including Stephen Akridge as a co-founder.
Solana’s PoH algorithm uses cryptography to establish a trustless source of time for the system while maintaining the network’s degree of decentralization. It offers an immutable record of previous events on the blockchain, which this facilitates the chronological storage of historical data. However, this isn’t just limited to tracking timestamps and local timezones.
The network’s PoH algorithm is used primarily to ensure node synchrony, as opposed to being used directly for consensus. It runs in parallel with its PoS layer. This allows nodes to create their own timestamps, with the leader of each node sequencing messages while others process transactions. Once transactions are sequenced and have been received from the leader node, the validators/replicators then settle the transactions and publish their signatures as soon as they have confirmation.

These confirmations are essential to Solana’s functioning and are considered as votes by the consensus algorithm. This is where PoS gets to spread its wings, providing its voting mechanism to elect the leader on the network.

Solana also includes many other innovations on its platform, which enable it to match the capabilities of other systems, even centralized ones. This includes its Tower BFT consensus, which is similar to the Practical Byzantine Fault Tolerance (PBFT) system introduced in the late 1990s.
However, while PBFT aids in reaching consensus, Solana’s Tower BFT allows for a global source of time through PoH. This not only enables it to oversee the entire blockchain’s functions but it also speeds up the consensus process by minimizing transaction latency and messaging overhead. Another crucial component of the Solana ecosystem is Turbine, which facilitates the seamless transportation of data to nodes on the blockchain.
Mirroring BitTorrent’s propagation technique, Turbine breaks data down into smaller packets before sending them out alongside erasure codes. Solana also uses its Gulf Stream protocol to reduce confirmation and leader switching times, diminishing memory pressure on validators in the unconfirmed transactions pool. In addition, Solana employs a hyper-parallelized transaction processing engine called Sealevel, which allows the network to process thousands of smart contract calls at once.
Through its Pipelining infrastructure, Solana can also validate transactions faster and replicate transaction information across nodes, regardless of their hardware specifications. All the required scalability on the network is provided for by the Cloudbreak protocol, which ensures that data is simultaneously read and written across the network, while Archivers are used to download data from the blockchain into its distributed ledger storage.
Using this diverse set of technologies, the Solana network doesn’t need to rely on sharding or any other type of layer 2 solution to maintain its speed and scalability. This allows developers to build directly on the blockchain, which is thousands of times faster than working on either Ethereum or Bitcoin.
Solana’s native cryptocurrency, SOL, has garnered a lot of interest in recent months, particularly during the recent crypto rally. SOL works similarly to how ETH is used on Ethereum, but holders stake the token in order to validate transactions through the PoS consensus mechanism. It also enables users to participate in governance processes, receive rewards and pay gas fees.

Although SOL’s maximum supply is close to 500 million tokens, its current circulating supply is just over half that, at 272 million tokens. Around 60% of these tokens are controlled by the project’s founders and the Solana Foundation, with only 38% reserved for the community.

As the world had just begun dealing with the COVID-19 pandemic, Solana proved resilient amidst strained economies and international financial systems. SOL’s market value saw high levels of growth over the last year, with several major exchanges including Binance, Bitfinex, and OKEx quickly listing the token, and the U.S-based Coinbase, later following suit and approving its listing.

The network itself witnessed unprecedented growth too, onboarding multiple projects onto its platform, including Chainlink, USDC, USDT, Serum, Terra, and several others. Proponents have begun to dub Solana the next “Ethereum Killer,” due to its being faster and more scalable.

The fact that Solana doesn’t require a layer 2 solution to maintain its high performance has also allowed many major DeFi projects to start building on it, including O3Swap, Arweave, SolStarter and Oxygen. Prominent DEX aggregator OpenOcean has also integrated Solana into its platform after receiving a considerable number of requests to do so from the community.

Layer 2 is by no means a terrible solution to blockchain scalability and developers will most certainly create successful applications taking this approach. Nonetheless, Solana’s independence from it can support more robust applications that aren’t limited by throughput. Across various use cases, developers will not need to think about how their applications will scale at all due to how Solana abstracts complexity.

Solana is undoubtedly fast and incredibly secure but its degree of decentralization is still very much up for debate. Commentators have repeatedly highlighted the fact that the cost to run a Solana node is much higher than others. To become a validator on Solana, an individual would need to shell out thousands of dollars in hardware, as distinct from other blockchains where anyone can become a validator for much less.

Yakovenko seems to be aware of the problem and has said that Solana is working on onboarding more validator nodes. For the time being, in a space in which DeFi applications are receiving more attention than ever before, Solana meanwhile continues to meet the needs of developers and the community. Speedy transactions and scalability arguably give the network an advantage over current, more decentralized alternatives, and despite being a relatively new project, Solana has amassed a large fan base over the last two years.

Undoubtedly, the SOL token and its wild appreciation in value likely played a significant role in luring investors onto the network. On the development front, Solana is seeing much wider adoption than many other blockchain projects at similar stages in their evolution. Although it’s still in beta, the community expects to see a consistent stream of updates and upgrades to the protocol in the years to come.

Tech Deep Dives
A Deep Dive Into BitOrbit
We take a deep dive into this Velas-based social media app that helps you monetize your content, chat without restrictions and better engage with your audience.
By Daniel Phillips
6mo ago
6m
Tech Deep Dives
What Is Celo?
Celo is a mobile-first platform that makes it easier to access financial dApps and crypto payments. Read more!
By Roy Gaurav
7mo ago
5m
Tech Deep Dives
What Is Papa Doge Coin (PAPADOGE)?
CoinMarketCap takes a deep dive into the first memecoin from the Doge family that offers a farming platform to its users.
By Kevin Dwyer
9mo ago
4m
See all articles