What is Avalanche (AVAX)? Features, Tokenomics and Road Map

Avalanche is an open and programmable smart contract platform for building DApps. It claims to be the fastest in the blockchain industry, with a transaction speed of over 4,500 TPS. 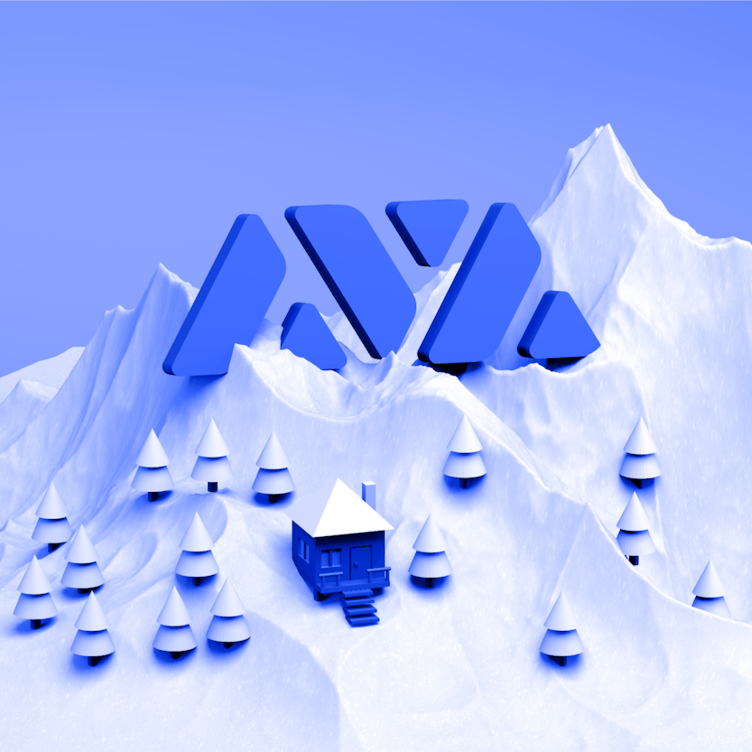 Founded in 2018 and headquartered in Singapore, Avalanche (AVAX) positions itself as the fastest smart contracts platform in the blockchain industry in its time-to-finality. Thriving on its high speed, low cost and properties of eco-friendliness, Avalanche also claims to have the maximum number of validators among all the proof-of-stake (PoS) protocols available in the market.
Subscribe

What is Avalanche (AVAX)?

With Avalanche, you can build fast and low-cost dapps that are compatible with Solidity. You can deploy blockchains, both private and public, that suit the exact needs of your application. $AVAX is the native coin of Avalanche; you can stake to process transactions and secure the network, going above the usual 51% standard. Furthermore, the requirement of hardware is minimal.
Set up in 2018 as an open-source programmable platform, Avalanche has had the backing of three investors: IOSG Ventures, Leon Hillmann and High Naut Capital. The latest funding round was on July 15, 2020, with the funding amount staying undisclosed. Avalanche has made two investments so far. One on June 4, 2021, in Pontem Network, a dApp framework for Facebook’s Diem project, and the second one in Covalent on March 24, 2021. Covalent solve infrastructure problems intrinsic to the ways of blockchain adoption.

How Does Avalanche (AVAX) Work?

The Avalanche ecosystem hosts a range of projects belonging to the domain of decentralized finance (DeFi), digital securities, non-fungible tokens (NFTs), nodes, oracle, stablecoins, trading bots, wallets and more. The Avalanche wallet offers secure, non-custodial storage for Avalanche assets. The Avalanche network is where you can check details relevant to the network — such as its transaction volume, network activity, the list of top assets, and the recent transaction updates for the P-chain, X-chain and the C-chain. Finally, to leverage the Avalanche Bridge, you can connect either using your browser wallet (e.g. MetaMask) or the Coinbase wallet.

The primary network of Avalanche has three sub-chains: the Exchange Chain (X-Chain), the Platform Chain (P-Chain) and the Contract Chain (C-Chain). While the main purpose served by Avalanche’s primary network is to validate the network’s built-in blockchains, each of the three chains has some definite purposes to serve.

While the X-chain is for Avalanche consensus protocol, both P-chain and C-chain are for the Snowman consensus protocol. The X-chain proves useful in creating and exchanging assets. The P-chain coordinates validators and creates subnets, and the C-chain comes into use to execute EVM contracts and smart contracts.
Overall, the Avalanche network empowers you to launch Ethereum DApps that confirm transactions in an instant. Overshadowing the capability of many of its peer networks, Avalanche transaction processing capability runs into thousands per second.

Avalanche enables a developer to build virtual machines and dictate exactly how the blockchain should operate. Subnet creations play an important role in this process. A subnet is a set of validators that validate a set of blockchains. One subnet validates exactly one subnet, and this selection gets final during the creation of the blockchain itself.

It is the subnets that help the developers to build the permissioned blockchains. The subnets come with their control keys and a threshold. One needs threshold signatures from the control keys to add a validator. This ensures that the subnet has control over who its members would be.

The validators stake their $AVAX to secure the network in return for rewards. There are several reasons why one would prefer to become a validator on the Avalanche network. First of all, the staking rewards can go up to 11%. Additionally, the validators can choose to set their fees for accepting delegations to your node. Many platforms use slashing as a way to penalize uncompliant validators. Avalanche is not into that practice.

If you meet the validation parameters, you stand to win rewards. However, you never have to fear slashing. The hardware requirements to become a validator on Avalanche is normal. It does not ask for specific manufacturers or high-priced equipment. The Avalanche developer community is present on Discord, Twitter and the in-house Avalanche Forum. The ecosystem is cooperative and sustainable to help new, high-potential applications to flourish and leverage their growth.

It is possible to integrate an exchange with the EVM-compatible C-chain. If the team that is willing to integrate already supports ETH, supporting C-chain is as simple as spinning up an Avalanche node. Otherwise, there is also a provision for implementing Rosetta API for the C-chain. Rosetta serves as an open standard, helping simplify blockchain deployment and interaction. Details relating to the Avalanche-Rosetta combination are available on Github.

AVAX tokens fuel the network. Validators stake these coins to secure the network while earning rewards for locking them up for a definite period. There are more than 220 million AVAX tokens in supply at present, and a maximum capped supply of 720 million tokens. The genesis block contains 360 million AVAX tokens, and the rest of the 360 million tokens will be minted over time. Unlike Bitcoin where fees goes to miners, all fees in Avalanche are burned, which increases the scarcity of token supply. Minting of new AVAX tokens offsets the burning due to transaction fees.

Where Can You Buy AVAX?

Apart from staking, one can also leverage AVAX tokens to pay fees and use them as a basic unit of account between multiple subnets. The AVAX token is available across all major exchanges in the crypto world, including: Binance, Huobi, KuCoin, BitFinex, Coinbase and more. One would also get AVAX trading pairs with almost all the major currencies: including AVAX/BTC, AVAX/ETH, AVAX/USDT, AVAX/USDC, AVAX/BNB and more.

On Oct. 4, 2021, Aave — the largest decentralized lending protocol that allows users to borrow or lend their crypto assets — deployed on Avalanche through the Avalanche Foundation's Avalanche Rush $180 million incentive program. The three-month initiative saw $20 million AVAX allocated to users of the Aave protocol — allowing them to earn AVAX rewards while using Aave on Avalanche. The program aims to bring more users into the ecosystem, which boast high throughput, scalability and near-instant finality.

Avalanche is the third blockchain deployed on Aave, following Ethereum and Polygon. Users can borrow and lend AVAX, Wrapped ETH, WBTC, AAVE, USDT and USDC on the platform. As of Oct. 9, 2021, the total market value of Aave's Avalanche market crossed $3.3 billion, merely days after launching. With Ethereum main network total market value on Aave at $17.8 billion, flow of assets could be expected through the Avalanche Bridge to chase higher returns — bringing more funds, and users, into the Avalanche ecosystem of dapps.
This article contains links to third-party websites or other content for information purposes only (“Third-Party Sites”). The Third-Party Sites are not under the control of CoinMarketCap, and CoinMarketCap is not responsible for the content of any Third-Party Site, including without limitation any link contained in a Third-Party Site, or any changes or updates to a Third-Party Site. CoinMarketCap is providing these links to you only as a convenience, and the inclusion of any link does not imply endorsement, approval or recommendation by CoinMarketCap of the site or any association with its operators. This article is intended to be used and must be used for informational purposes only. It is important to do your own research and analysis before making any material decisions related to any of the products or services described. This article is not intended as, and shall not be construed as, financial advice. The views and opinions expressed in this article are the author’s [company’s] own and do not necessarily reflect those of CoinMarketCap.
7 people liked this article

Tech Deep Dives
Impermanent Loss: What Is It and How Can I Reduce Its Impact?
Is the risk of impermanent loss worth the possible rewards?
Von Werner Vermaak
6 months ago
7 Minuten
Tech Deep Dives
What Is Alpine F1® Team Fan Token (ALPINE)? Features, Tokenomics and Price Prediction
Alexandria by CoinMarketCap takes a deep dive into Alpine F1® Team Fan Token (ALPINE), the first-ever Formula racing team to launch its fan token on Binance.
Von Hassan Shafiq
5 months ago
4 Minuten
Tech Deep Dives
All About Compound: Flipside Crypto
Flipside Crypto takes a deep dive into one of the largest DeFi cryptocurrencies.
Von Rochelle Guillou
1 year ago
3 Minuten
See all articles