What Is a Node?

By Werner Vermaak
8m
1yr ago

The word "node" is thrown around a lot in the crypto space — what are nodes, and how do they contribute to the ecosystem? 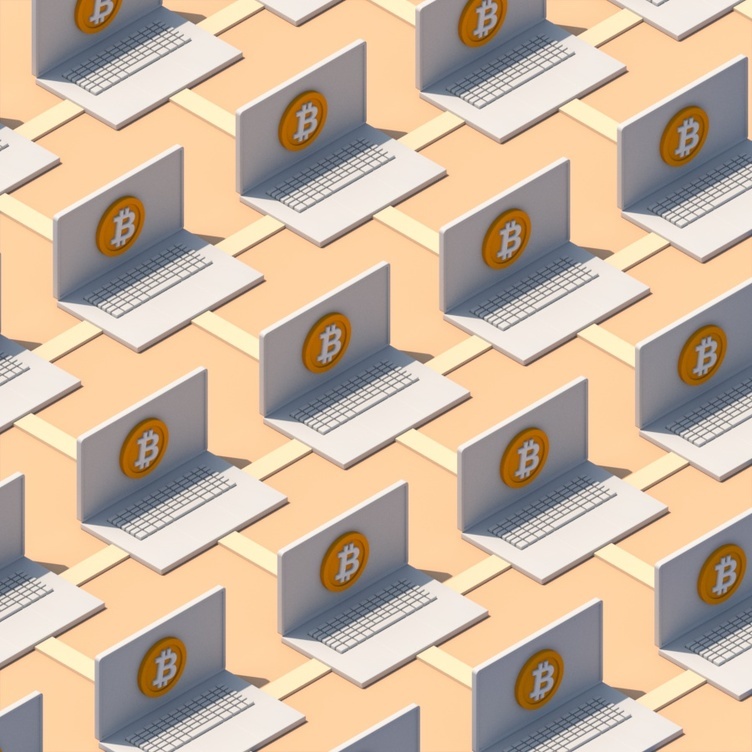 A node is generally a point of intersection or connection in a telecommunications network. A node may also mean any system or physical device that is connected to a network and can execute certain functions like creating, receiving or sending information via a communication channel. The explanation of a node varies depending on the protocol layer being referred to.
For example, a basic resident network may consist of a file server, two laptops and a fax machine. In this case, the network has four nodes, each equipped with a MAC address to uniquely identify them.
The most popular usage of the term “node” is seen in the blockchain space. In this guide, we will explain what nodes are in more detail, including the different types of blockchain nodes being used today.
Subscribe

How Does a Blockchain Work?

Before we move on to discussing blockchain nodes, it is important to understand how blockchains work first. Blockchain is a class of distributed ledger technology (DLT) that functions as a decentralized digital ledger of transactions that is designed to copy itself to multiple devices within a network.

This means that a chronological and complete record of every network transaction gets to be distributed to a series of devices.

These devices are called nodes and they are responsible for keeping a blockchain fair, secure and immutable.

What Is a Blockchain Node?

Blockchain nodes refer to a network’s stakeholders and/or their devices, which are designated to keep a copy of the distributed ledger and serve as communication points that execute various essential network functions. A blockchain node’s main purpose is to verify the validity of each succeeding batch of network transactions, called blocks. Each node has a unique identifier attached to its device that allows it to be distinguished from others in the network.
A proof-of-work (PoW) blockchain like Bitcoin (BTC) or Monero (XMR) incorporates miners, which are tasked with the following.
However, only “full nodes” are required to keep all of the blockchain transactions on their devices. These types of nodes are responsible for validating blocks and transactions. Lightweight or light nodes, on the other hand, have minimal storage requirements as they only need to download block headers in order to verify transactions. Neither of these versions of a full node necessarily come with a block reward.

Another way to classify a blockchain node is its availability. For instance, a node that is designated to continuously send updates throughout the network and always be online is considered an “online node.” In contrast, offline nodes are only required to download an updated copy of the ledger each time they reconnect to the network in order to ensure that they are synchronized with every other node.

Running a Bitcoin node means using spare computing and bandwidth resources that allow BTC users to send transactions and get notifications for any activity in their digital wallets. Running a Bitcoin node is not the same as mining Bitcoin — there are no block rewards for running a full Bitcoin node.
To run a Bitcoin full node, you must go to the official website of Bitcoin Core and download the implementation software. According to the developer group’s website, certain requirements need to be met before you can become a full node runner.

In the old days, running a Bitcoin Core full node required downloading the entire blockchain. Thankfully, pruning enables individuals to run full nodes without the massive storage requirements. Instead of allocating 350 GB of disk space, full node operators only need to have 7 GB.

Note that running a Bitcoin node comes with potential risks and additional costs. In some countries, any form of Bitcoin activity, including running a node, is prohibited. Bitcoin nodes are also susceptible to hackers who intend to exploit the network.

In Ethereum, a user can run three different kinds of nodes: light, full and archive. Their differences lie in how fast they can synchronize with the entire network.
There are many ways to run your own Ethereum node, but some popular hardware that can work on the network are DAppNode and Avado. Ethereum nodes have almost the same requirements as Bitcoin nodes, only that the former requires less computing power.

Note that before you run an Ethereum node, it is advisable to check your bandwidth limitations first.

You can find a list of clients you can use in running a node on Ethereum’s website.
Ethereum nodes are essential in keeping its blockchain network secure and reliable, as well as transparent. In fact, anyone can view the nodes and their performances on the network via Etherscan’s node tracker.

In order to receive block rewards, you would have to run an Ethereum staking node.

Monero nodes are run by a program called the “daemon.” Operating a full node, however, has higher storage and bandwidth requirements compared to Bitcoin. Keep in mind that running a Monero node is different than mining Monero for block rewards.

As of Monero’s latest release, the advisable amount of storage is around 30GB, and it will increase over time (according to the Monero website’s 2018 guide). Additionally, users will need to have a fast internet connection in order to be able to synchronize the entire blockchain without delays.

The nodes can be run on Windows, Linux and Mac. The full guide on setting up a Monero node is accessible on its website.

The role of Bitcoin Cash nodes is similar to how other nodes work; they contribute to the security of the network and help verify transactions. And like the aforementioned blockchain networks, the BCH network also allocates rewards to nodes who participate in mining — although running a node without mining does not result in a reward.
Bitcoin Cash is a fork of Bitcoin that has favored block size increases, which is why it has a relatively large blockchain size of 194 GB (as of May 10, 2021) despite having fewer transactions than BTC. A Bitcoin Cash node can be downloaded through this link.

Dash utilizes “masternodes” that operate to ensure its blockchain’s security and consensus, requiring users to hold at least 1,000 DASH as collateral and own a computer that runs the latest Linux update.

A masternode’s main role is to host a copy of the full blockchain state and help facilitate the settlement of transactions such as sending assets and changing of names.

Like miners, masternodes are given rewards for the service they provide to the network. You can run a masternode by following the instructions in Dash’s official documentation.

Binance Smart Chain nodes are tasked with verifying the state of existing accounts on the blockchain. BSC operators have a full copy of the network and provide responses to network-based queries if needed.

As of now, full nodes are only supported on Mac OS X and Linux. Here are the suggested requirements needed to run a full node or a validator node on BSC.

The full setup guide can be found on Binance’s website.

The role of Chainlink nodes is to support the oracle function of the protocol, enabling the fulfillment of data requests without compromising security and reliability. They also complement the operation of smart contracts by making sure that they are provided with real-world data properly.

In order to launch a node, the user has to run software that bridges on-chain and off-chain data and an oracle contract that oversees every data query and responds to their requests.

Chainlink nodes are given the opportunity to market their services on its online marketplace, which is accessible here.

How to Run a Node?

Being a node operator on any particular blockchain has several system requirements. Ensuring that you have the proper node setup is crucial for your node to be fully functional and synchronized to the network you aim to serve. As mentioned earlier, you can refer to each blockchain’s respective websites to check hardware and software requirements, as well as setup guides.

Here are some ways to run full nodes on the Bitcoin network.

RaspiBlitz is one of the options that allows you to host a lightning node on the Bitcoin network and requires a computer with enough storage, a microSD card and protective gear for the equipment. Once you have everything, you can then link your device with the RaspiBlitz software.

As soon as you have the equipment and software set up, you can start running the node and begin synchronizing it with the entire blockchain. Lastly, you’ll need to download a Lightning wallet of your choosing to be able to route payments.

Raspberry Pi is a small computer that can support the operation of a Bitcoin full node. It can be easily linked with supported software like RaspiBlitz. Additionally, you need to plug in an external drive to store the Bitcoin blockchain.
Bitcoin requires 350 GB of available storage; however, you can opt to run a pruned full node, which only demands 7 GB.

Nodes are essential to a blockchain network’s operation since they keep every participant honest and ensure data reliability. Most blockchain networks employ methods to incentivize users to run full nodes, mostly through monetary rewards like mining or staking. Regardless of the incentives, there are also users who voluntarily set up their own full nodes simply because they believe in a project’s future and want to support and protect it as much as they can.

However, keep in mind that running a full node incurs costs and risks. And although there are multiple guides available online, the process of setting them up can be too technical for those who are unexposed to blockchain and programming. Basically, it all comes down to how much time and effort you are willing to invest in this endeavor.

Crypto Basics
How to Stake Amp Token (AMP)?
What is Amp (AMP) and how to stake it? We will take deep dive into these questions in this guide along with the benefits and risks associated with staking Amp.
By Emi La Capra
3w ago
6m
Crypto Basics
What Are Privacy Coins?
How private are privacy coins? Are they legal? We answer that, and more, in this privacy coins deep dive.
By Werner Vermaak
1yr ago
11m
Crypto Basics
Crypto Adoption in Jordan Is Rising Despite Ban
Cryptocurrency trading in Jordan is gaining popularity, even though the government recently reiterated its ban on digital assets. Will it help the 50% unemployed Jordanian youth? Read more!
By The Coin Pope
2mo ago
5m
See all articles