CoinMarketCap Alexandria takes a look at the holdings of DCG — one of the biggest venture capital company in the digital assets industry — helmed by Barry Silbert. 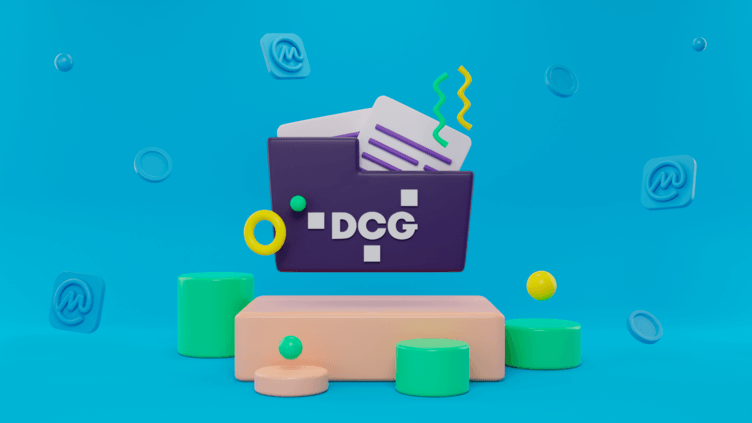 DCG, short for Digital Currency Group, is a venture capital company with a focus on digital assets and companies in the digital asset space. It was founded in 2015 by Barry Silbert, a crypto veteran that began investing in cryptocurrencies in 2013. Worth an estimated $2 billion, he was a former investment banker, before founding stock trading platform SecondMarket, which sold to NASDAQ in 2015.

In recent weeks following the FTX fallout, crypto lender Genesis suspended withdrawals due to liquidity issues, prompting rumors of DCG and Grayscale being affected and potentially winding down, which was covered here.
DCG has investments in over 200 crypto portfolio companies and 7 subsidiaries, but here are the top 10 DCG-affiliated companies in crypto.

Genesis is a CeFi lender offering trading, lending, and custody services for crypto. It targets institutional clients and high-net-worth individuals. Genesis is closely linked to DCG. When Genesis got caught up in financial distress in the aftermath of the FTX collapse, it was revealed to have lent DCG more than $1.6 billion, which was, in fact, part of a bailout from DCG for Genesis.

Grayscale is the world’s largest digital asset manager and offers institutional investors exposure to Bitcoin via its Grayscale Bitcoin Investment Trust (GBTC). It is the largest revenue generator for DCG. Grayscale also operates other trust funds with exposure to Ethereum, Ethereum Classic, Litecoin and Bitcoin Cash. Grayscale has so far unsuccessfully tried to launch a spot Bitcoin ETF. At the time of writing, the fund holds 633,000 bitcoin in custody.

CoinDesk is a media, research, and data platform mainly known for reporting daily blockchain news. It was acquired by DCG in 2016 at a comparably low price of $500,000 to $600,000. CoinDesk also hosts an annual blockchain event called Consensus.

Foundry manages Bitcoin mining operations in the US and Canada and provides financing mining equipment, and mining know-how, as well as operating its own mining rigs. It was established in 2019 and relocated more than $300 million worth of mining equipment from China to North America in the summer of 2021. DCG reportedly invested more than $100 million in the company.

Luno is a London-based crypto exchange with more than five million customers. DCG first invested in Luno in its seed round in 2014 and added further investments of $25 million in 2015 and over $700 million in 2021. Luno also has offices in Singapore and South Africa.

DCG has a stake in TradeBlock via CoinDesk, its news and media outlet. CoinDesk acquired TradeBlock, a crypto index provider, from its parent company in 2021.

HQ is a wealth management membership platform offering private investments, estate planning, risk mitigation and insurance. It was acquired by DCG in 2022

Shapeshift is a crypto exchange founded by Erik Voorhees in 2014. DCG CEO Barry Silbert invested $525,000 in a seed round in March 2015, and DCG invested another $1.6 million in the same year. Shapeshift is a non-custodial exchange, allowing clients to stay in possession of their digital assets.

Ledger is a French blockchain security company and a famous manufacturer of cold storage solutions. DCG invested several times in the company as part of its $1.5 million seed raise, a $7 million Series A round, a $75 million Series B, and a $380 million Series C round.

Circle is the company behind the USDC stablecoin. The company has raised $246 million over several funding rounds, with DCG being a regular participant in several rounds, the latest being a $25 million injection in 2020.

DCG is one of the major players in the crypto venture capital space, as evidenced by the illustrious names it has invested in. Further companies and projects not listed include Decentraland, Bitoasis, Stacks, Hedera, Ripple and countless others. While the exact investment sums often remain discreet, the size of Grayscale's crypto holdings alone indicates that DCG is one of the biggest players in the crypto space.
This article contains links to third-party websites or other content for information purposes only (“Third-Party Sites”). The Third-Party Sites are not under the control of CoinMarketCap, and CoinMarketCap is not responsible for the content of any Third-Party Site, including without limitation any link contained in a Third-Party Site, or any changes or updates to a Third-Party Site. CoinMarketCap is providing these links to you only as a convenience, and the inclusion of any link does not imply endorsement, approval or recommendation by CoinMarketCap of the site or any association with its operators. This article is intended to be used and must be used for informational purposes only. It is important to do your own research and analysis before making any material decisions related to any of the products or services described. This article is not intended as, and shall not be construed as, financial advice. The views and opinions expressed in this article are the author’s [company’s] own and do not necessarily reflect those of CoinMarketCap.
0 people liked this article

How-to Guides
How to Use a Blockchain Explorer
A basic guide on how to start using a blockchain explorer.
作者：Daniel Phillips
1 day ago
9分钟
Tech Deep Dives
The Ultimate Deep Dive Into Bitcoin's Security Model
Is Bitcoin's current security model flawed? What could be done to the Bitcoin network to ensure it is sustainable? Read on to find out.
作者：Ivan Cryptoslav
2 days ago
14分钟
Crypto Basics
What Are Web 3 Cryptocurrencies?
Dive into what web3 encompasses, and what some of the top Web3 cryptos are in this deep dive with CoinMarketCap Alexandria.
作者：Werner Vermaak
2 weeks ago
9分钟
See all articles