What Are Peer-to-Peer (P2P) Networks?

By Werner Vermaak
7m
1yr ago

Peer-to-peer marketplaces are one of the fundamental pieces of the crypto industry — what are they, and why do people use them instead of centralized exchanges? 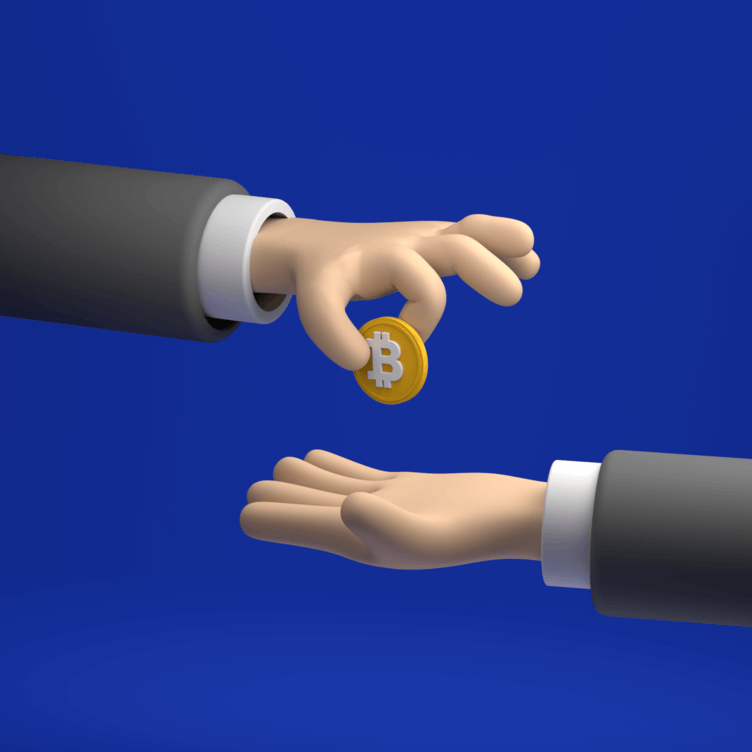 Short for peer-to-peer, P2P networks are types of distributed network applications that date back to the 1980s when they were first deployed for business purposes. However, the concept was introduced to the general public in 1999 when college student Shawn Fanning created a music-sharing service, Napster.
The service quickly became a hub for the unauthorized sharing of copyrighted songs, but two years later, Napster was shut down by the lawmakers as a result of a lawsuit from the American music industry. This gave rise to a new generation of P2P services wanting to fill the void and further the development of decentralized networks.
Today, the P2P model is leveraged in web search engines, online marketplaces, streaming platforms, P2P blockchains and the IPFS (InterPlanetary File System) web protocol. However, the P2P model is also at the core of blockchain technology and has found a new use with the advent of cryptocurrencies.
Subscribe

What Are Peer-to-Peer (P2P) Networks?

A peer-to-peer (P2P) network is a decentralized communication model between two peers also known as nodes, which can communicate with each other without the need for a central server. Unlike the seeder/leecher (or client/server) model in which a seeder makes the request and a leecher fulfills the request, the P2P network model allows each party to function as both a seeder and as a leecher. This means that the network, once formed, can be used by the participants to share and store files without the help of an intermediary.

How Do P2P Networks Work?

A peer-to-peer model is maintained by a distributed network of computers. This means the computers don’t have a server or central administrator as each node holds a copy of the files — acting as both a server and a client. Therefore, each node can upload files for other nodes or download files from them. These nodes use their own hard drives to store their data instead of a central server.

Since each node has common capabilities to store, transmit and receive files, P2P networks tend to be faster and more efficient. Unlike traditional architectures in which a single point of failure exists, a P2P network has a distributed architecture which makes it extremely resistant to cyberattacks.

P2P networks can be categorized according to their architectural differences. Three main categories are described below.

Such networks are easy to build; however, they require high CPU and memory usage because search queries are sent to the entire network. Thus, if only 5% of the computers have what you’re searching for, it might take a while.

Structured networks, on the other hand, are organized in a way that allows nodes to search efficiently even if the data is not widely available. In most cases, these networks implement a distributed hash table (DHT), which enables nodes to search for data using hash functions. While structured networks can route traffic efficiently, they require higher setup and maintenance cost and tend to be more centralized.

A hybrid network combines a peer-to-peer and client/server model on a single platform. The network uses an index server that contains data on the locations of resources at the center and uses this server for searches. The centralization functionality provided by a structured network and the node equality provided by an unstructured network are responsible for making trade-offs on the hybrid network. Comparatively, this type of network performs better than its counterparts as certain search queries do require a centralized functionality but, at the same time, can benefit from the decentralized networks.

Peer-to-peer (P2P) Use in Blockchain

The concept of blockchain was popularized in 2008, as part of the proposal for Bitcoin, a virtual currency developed to address the age-old problem of trust. Bitcoin creator Satoshi Nakamoto defined it as a “peer-to-peer electronic cash system” built with the aim to create a P2P digital form of money without banks.

The underlying blockchain technology leverages the power of P2P networks and provides a shared and trusted ledger of transactions. As a distributed ledger technology, blockchain records transactions as an immutable timestamped digital block that indicates senders and receivers. No centralized authority manages the blockchain networks and only the participants can validate transactions among each other. The technology allows people and institutions to trust the output without trusting the participants. This new form of distributed data storage and management acts as a digital ledger that publicly records all transactions and activities.

Where Does Blockchain Store the Transaction Data?

The data on a blockchain is structured much differently than a typical database. While a database stores information into tables, a blockchain structures its data into blocks. These blocks have a certain storage capacity to add each transaction taking place on the network. Once a block is filled, a new block is added to the previously filled block to add new transactions, thereby forming a chain of blocks called the blockchain.

As such, blockchains are decentralized and therefore are not stored in a central place. Instead, they are stored in nodes or computers that partake in the network. Each node has a copy of the blockchain, or in other words, the transactions that are done on the network. Thus, the system is backed up by every single node participating in the network.

Who Owns The Blockchain?

No one owns the technology, although certain and specific blockchains can be owned by several entities. Although the technology is generally associated with Bitcoin, the idea behind blockchain can be traced back to 1991 to the work of Stuart Haber and W.Scott Stornetta.

However, it doesn’t really matter who introduced blockchain technology, because it’s a protocol. While you can claim the ownership of a blockchain application, you can’t technically own the technology itself.

What Is a P2P Crypto Exchange?

How Do P2P Crypto Exchanges Work?

A user can usually register with the exchange without having to go through identity verification. Registration simply requires an email address and a password. After registering, a user can go through different buy and sell offers posted by individuals on the platform. Each offer has different payment options, a different rate and usually a minimum or maximum purchase amount. A buyer can select an offer and contact the seller to set up a transaction. If you’re a seller, you can post the accepted payment method as well as any fee involved. Generally, P2P crypto exchanges use an escrow account to deposit cryptocurrencies or other collateral from the users to ensure the safety of the platform.

What Are The 5 Best P2P Crypto Exchanges?

Paxful is a P2P marketplace that connects Bitcoin buyers and sellers. The exchange offers more than 300 ways to buy Bitcoin, including but not limited to bank transfer, online wallets, gift cards, cash payments, debit/credit cards, cryptos and assets. Though Paxful is trusted by over three million users worldwide, its integrity shouldn’t be confused with the seller’s integrity. The exchange is simply a marketplace. You should pay attention to the reputation of the seller before making a trade. However, the exchange offers a secure escrow service for Bitcoin transactions, which makes it harder to be scammed. You also must verify your Paxful account with an ID to use it.

Fees: 1% for sellers; no fee for buyers

LocalBitcoins is a P2P crypto exchange that allows buyers and sellers to communicate directly instead of manually matching them. Its sellers offer a wide range of payment options, such as PayPal, wire transfer, SEPA, Skrill, etc., and the platform secures trading using measures like escrow service, login guard and 2FA (optional). Starting in 2019, LocalBitcoin requires you to submit some identity verification for interacting with (trading, buying, sending) different amounts of Bitcoin.

Fees: 1% for sellers: nothing from buyers

Binance P2P is a peer-to-peer marketplace in the Binance ecosystem that connects buyers and sellers. The exchange offers an escrow service to protect its users and supports trade using WeChat, Alipay, bank transfer, and QIWI. Unlike other P2P exchanges, Binance requires you to complete identity verification before you start trading. The platform supports a wide range of cryptocurrencies, including Bitcoin, Binance Coin, Ethereum, EOS and Tether.

Fees: Zero fees for both the buyers and sellers

This P2P non-custodial cryptocurrency exchange provides direct service to buyers and sellers without holding their funds. Instead, HODL HODL uses a multisig escrow to secure its users from scammers. The exchange offers more than 215 payment methods to its users. Its services are available around the world, except for the U.S. The users don’t have to go through KYC or AML procedures, as they can create an offer just by registering.

Originally known as “Bitsquare,” Bisq is a desktop program that needs to be downloaded before using it. Similar to HODL HODL, Bisq also allows users to register for accounts without verifying their identity with KYC. Each transaction on Bisq requires a security deposit from both the sellers and buyers to ensure fair trade. Users can deposit security through different methods, including Perfect Money, OK Pay, Alipay and Zele.

Fees: Fees vary with the transaction

Crypto Basics
What Is Tokenomics?
Tokenomics is the topic of understanding the supply and demand characteristics of cryptocurrency.
By Stuart Langridge
1yr ago
6m
Crypto Basics
How Are the Silk Road, the Dark Web and Bitcoin Connected?
People used to think "Silk Road" when you said "Bitcoin" — what exactly was this dark net marketplace, and how was BTC involved?
By Andrey Sergeenkov
11mo ago
7m
Crypto Basics
How ICO Funding Temporarily Changed Entrepreneurship
You may have noticed that ICOs are not as popular as they were in 2017 — what happened, and why is the idea of an ICO still so important?
By Stuart Langridge
1yr ago
5m
See all articles