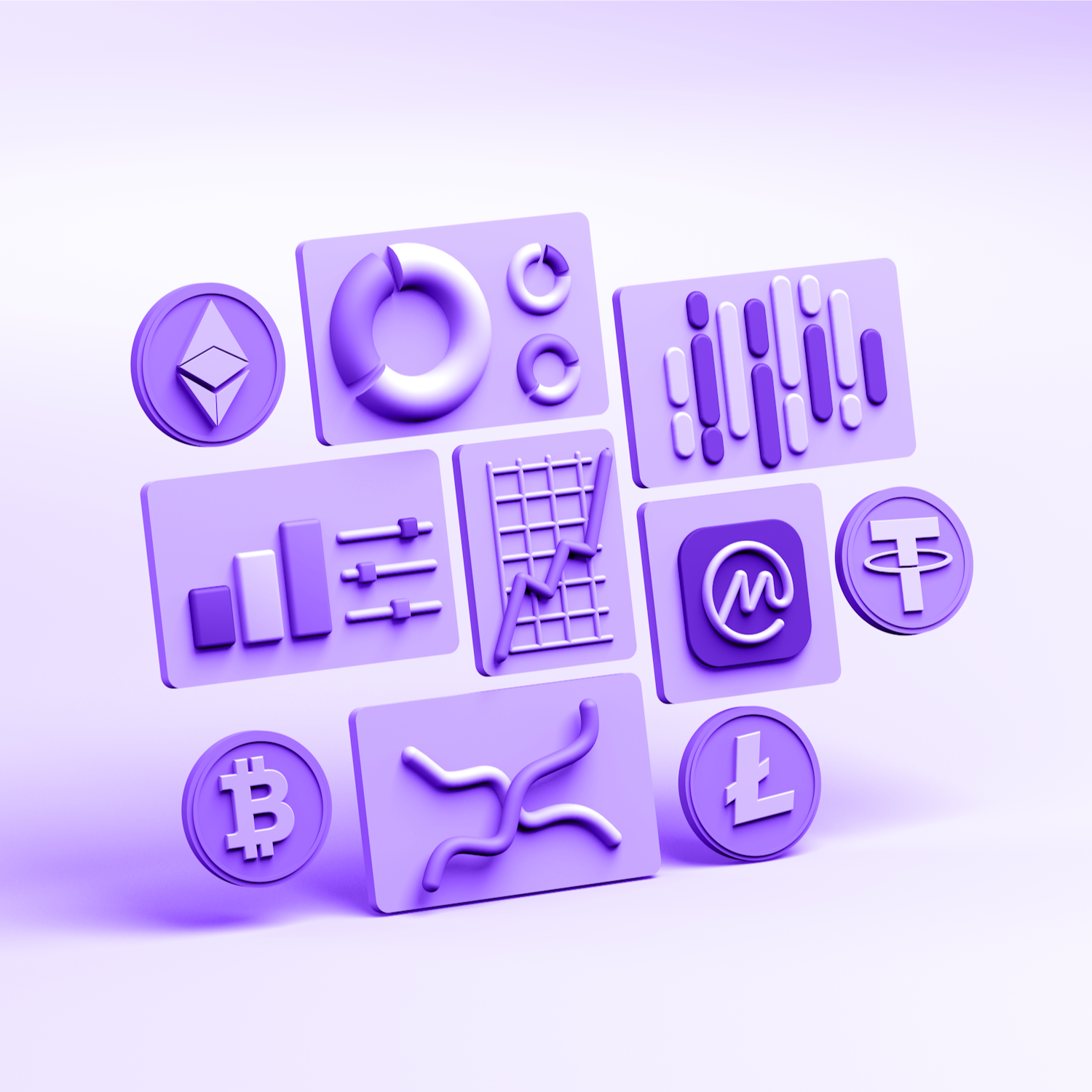 To put it simply, a blockchain is a public, decentralized, record-keeping database used for all cryptocurrency transactions. Everytime you make a purchase with a cryptocurrency, the transaction is recorded and then made available to the public. The information about the transaction gets stored into a “block” and then added to the global network of blocks, known as the “blockchain.”

Blockchains are made up of a series of individual blocks. Each block contains information about transactions conducted within a given time period. They also contain a unique identifier to differentiate them from every other block in the chain.

Blockchain is a rapidly growing technology that deals with transactions of digital goods, online transfers or payments. Conceived as a decentralized ledger for the digital currency Bitcoin, blockchain technology is now used to record and verify all manner of transactions on every continent, including the transfer of assets like real estate or securities, as well as votes in elections from football tournaments to corporate shareholder meetings. If you've ever used an app on your phone to trade Bitcoin or another cryptocurrency, you've already seen one application.

Blockchain is causing a revolution in the financial services industry. Every day, more and more banks, payment providers, and other financial services companies embrace blockchain technology because it drastically reduces costs and improves security.

Blockchain has been described as the new internet, a foundation for potentially new technologies, businesses and a way of organizing people. While there are a lot of complicated discussions about what blockchain can and cannot do, the best way to understand it is to start using it.

How Is Information Stored in the Blockchain?

Generally, blockchain transactions are fast; however, the speed of the transaction depends on several factors, including the type of cryptocurrency used. For instance, some cryptocurrencies have faster transaction rates (TPS) than others.

Blockchain technology cuts out the middleman in any transaction, creating an immutable record on its ledger. Have you ever tried to buy something with your debit card, only to find out that the check you deposited last week still hasn’t made it into your account? With blockchain, there is no middleman (like a bank) that has control over your transactions — blockchain transactions are strictly between two parties, or peer-to-peer.

Transactions made on the blockchain take place without the approval of traditional financial institutions. Unlike the standard documentation that banks may require from its clients, anyone with an internet connection can gain access to the blockchain, making blockchain a revolutionary and disruptive movement.

Moreover, blockchain can be used to record information that would normally be censored by governments. Blockchain was designed with a utopian “censorship-resistance” vision in mind, which means that political movements in countries like Belarus can use blockchain technology to ensure that their money can freely travel. There have also been instances in China where people have posted sensitive documents on blockchain to maintain a permanent record of events that the media was not allowed to cover.

The security of blockchain rests largely on the concept behind distributed ledger technology. A blockchain is not stored in a single place; rather, its data is stored in nodes, computers and servers all around the world. Due to the peer-to-peer nature of the blockchain, no centralized agency can own or edit this information, providing for greater security, cooperation and trust. Hacking the entire blockchain network would be nearly impossible. Though a hacker could potentially alter some aspects of the data, there is no centralized system to attack.

Additionally, because the blockchain is organized chronologically and each “hash” contains information on the “hash” that comes before it, the data stored in each “block” cannot easily be modified by hackers or outside parties as it would quickly be “orphaned” as a fraudulent block. However, potential security threats can arise if miners successfully monopolize the blockchain. In instances where miners gain a majority and assert control of the “hash rate”, they can conduct a “51% attack” to disrupt and reverse transactions.

CoinMarketCap Alexandria has a guide on how to keep your crypto safe here.

What Is the Role of Nodes in a Blockchain?

Nodes are the safe keepers of any blockchain and have a huge responsibility. Each node stores a complete copy of the blockchain, providing a network of interconnected computers. Nodes themselves are computers, laptops and servers that work in harmony to give consensus to decentralized ledgers. They are responsible for blockchain infrastructure and constantly communicate to build the ledger with totally accurate and agreed-upon information.

Nodes are foundational to the blockchain as they provide the decentralized ledger that makes it possible to circumnavigate central power structures. Additionally, they are responsible for providing an access point for any user to view the data within, creating a trustless, verifiable and tamper-resistant system of transacting for all.

Since nodes are difficult to set up and maintain, node operators and owners are rewarded in cryptocurrency for the part they play. When their node is used to authenticate and verify transactions, they are rewarded a small piece of the network fee.

What Is the Role for Miners in a Blockchain?

Miners have a role that is different from nodes in the blockchain. Nodes are used to store complete copies of the blockchain, but miners are responsible for validating blocks that are composed of a number of transactions. Miners will pick up blocks from nodes for verification and begin using their processing power to solve cryptographic hashes. These are randomly generated problems that require solutions to secure the network and prevent things like double-spending.

Bitcoin and other crypto miners will often need a huge amount of processing power to verify blocks, and they will need specialized hardware like ASICs (application-specific integrated circuits). In return for their investment in mining equipment, blockchain miners are rewarded with cryptocurrency that comes from the built-in transaction fees on the network as well as newly generated tokens.

Once miners have verified a block, it will be sent back to the nodes as a new block to be confirmed and added officially to the distributed ledger that is the blockchain.

How Many Transactions Can Be Stored in Each Block?

The number of transactions on each block will vary greatly, but the average Bitcoin block comprises around 2,800 transactions. It takes about 10 minutes for a block to be mined and verified on the Bitcoin main chain. There can be more or fewer transactions included in each block on other blockchains, and networks like the Litecoin network are much faster at creating new blocks — Litecoin comes in at only 2.5 minutes to Bitcoin’s 10.

Blockchains are continuously growing in overall storage size, and they are finding ways to improve the speed and transaction times on the network. Networks like Ethereum are looking to different consensus algorithms like proof-of-stake to decrease transaction times significantly.

How Are NFTs Stored on a Blockchain?

NFT purchasers can take their assets offline like cryptocurrencies and store them in hardware wallets like Trezor or Ledger. They can also be stored in online wallets like MetaMask.

What Are The Biggest and Most Valuable Blockchains?

How Can Blockchains Speak to Each Other?

There are many operations in place now to increase the interoperability between blockchains to facilitate the free and easy flow of information. Pre-coded communication between blockchains can remove the need for any central power when doing things like exchanging cryptocurrencies. Decentralized exchanges have popped up for the express purpose of allowing users to exchange tokens without having to go through a company like Coinbase or Kraken.

Blockchains can speak to each other by using “atomic swaps.” With atomic swaps, smart contracts take the place of any contract between two parties facilitated by centralized companies. This means crypto owners can trade peer-to-peer.

Other blockchains like Polkadot have made it their purpose to create better interoperability in the blockchain ecosystem. They allow for transfers of any type of data or asset across blockchains.

Why Are Blockchains Usually Open-Source?

Blockchains are usually open-source because, by nature, they are a collaborative and decentralized organization. For example, since there is no central company behind Bitcoin, it needs developers to contribute to the network on a volunteer basis. However, developers are sometimes rewarded for their efforts by sponsors from crypto organizations.

Blockchain’s open-source nature also allows for innovation in the form of decentralized applications (DApps). The creation of new apps allows developers to quickly solve problems on the blockchain related to the safety, efficiency and speed of the network. Having no central authority in the development process is true to the trustless system of Bitcoin and other digital currencies.

Bitcoin and blockchain have become increasingly popular in part because they are decentralized and democratized financial systems. They take business from centralized institutions and governments and transfer it back to the public. Being open-source is in line with the overall purpose and values behind blockchain.

What Are Uses for Blockchain Outside of Cryptocurrency?

When most people think about blockchain, their mind goes to cryptocurrency and decentralized finance. Since blockchains usually require the decentralized support of nodes and mining, they most often reward operators with a native crypto token. However, beyond the digital currency rewards, there are incredible implications behind this new technology that could shake up a huge number of industries. 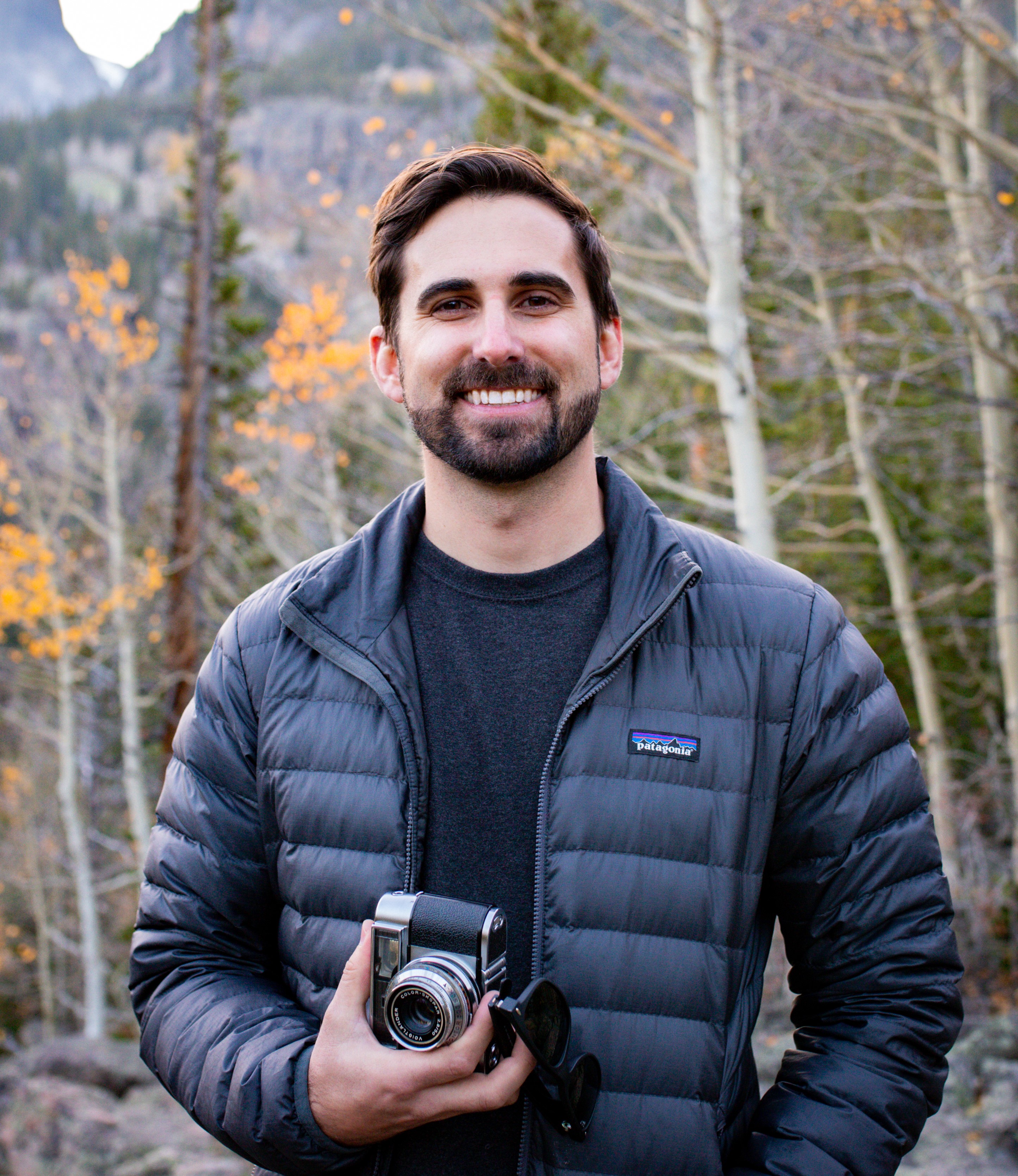 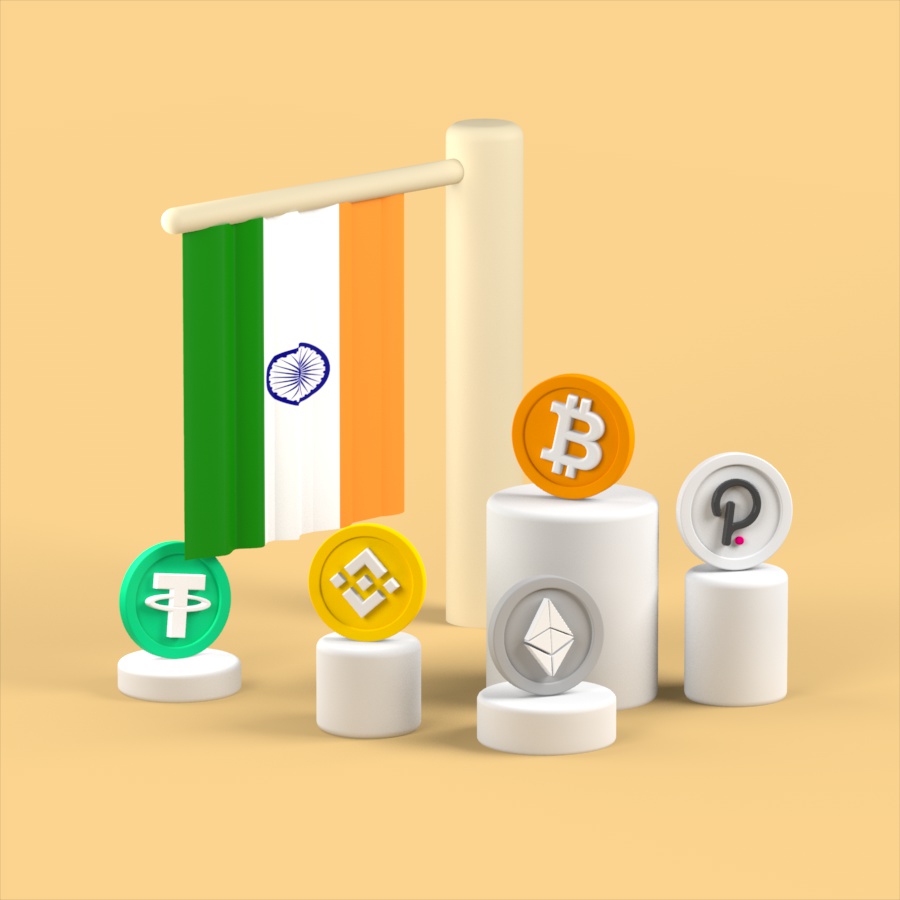 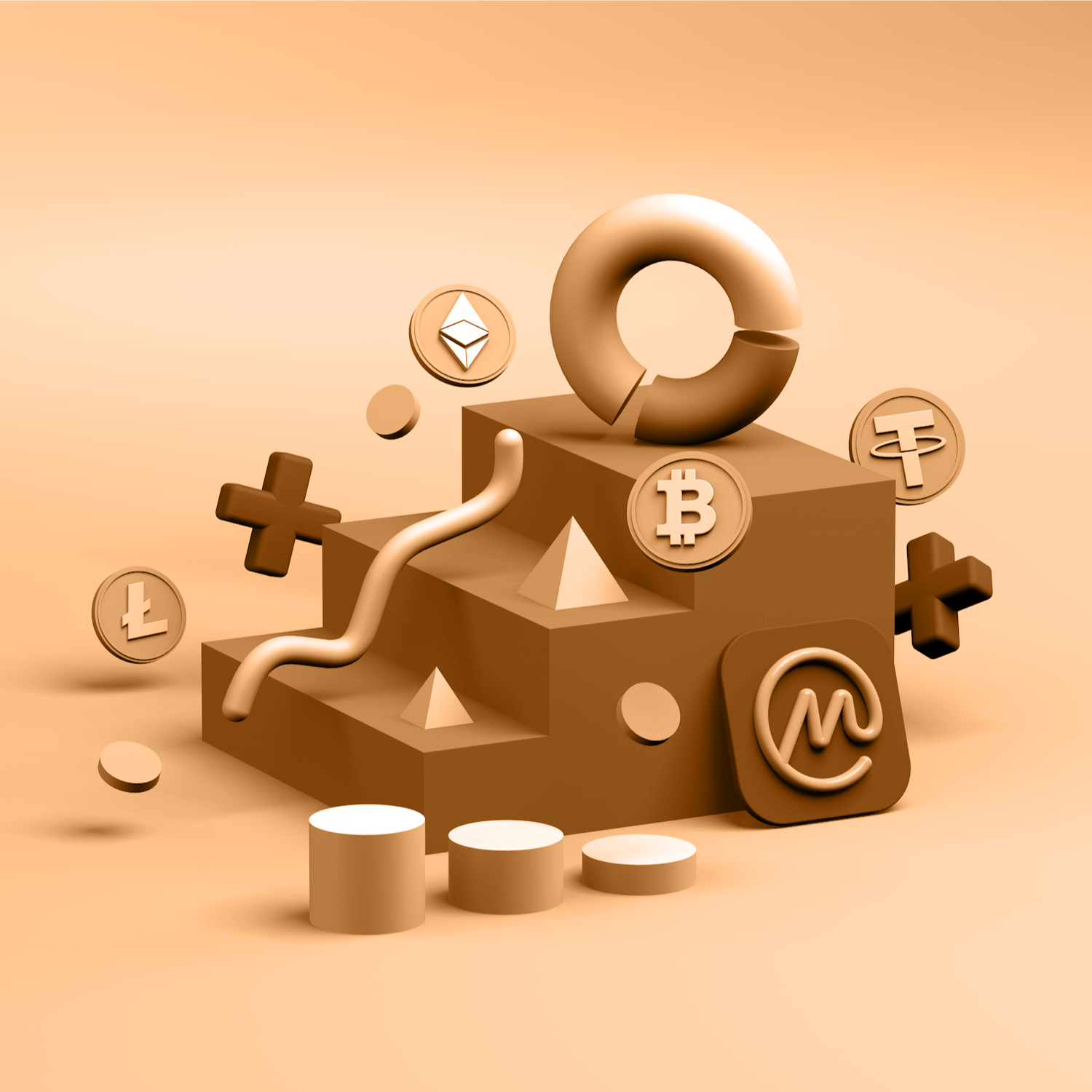 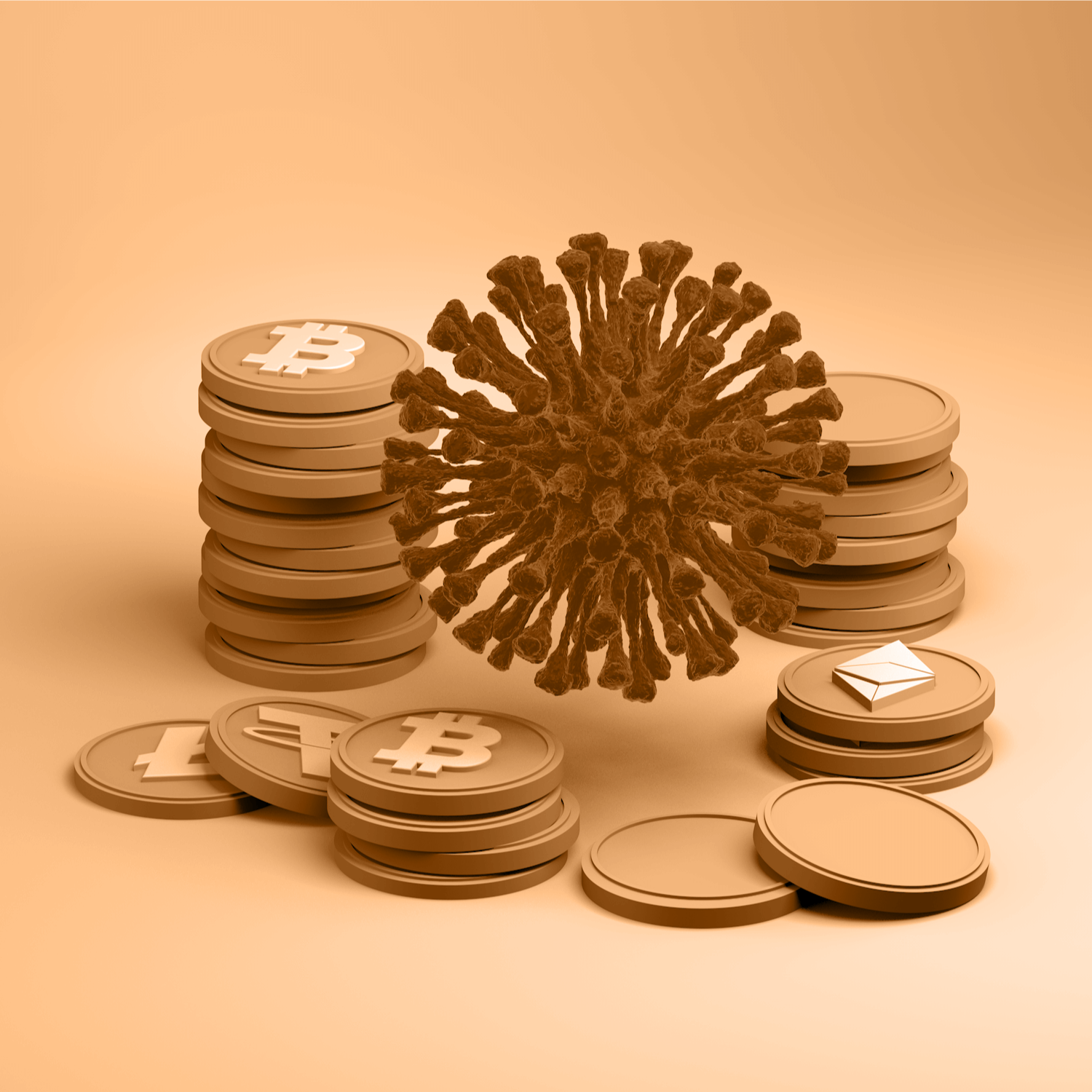