A Deep Dive Into Tokenization

People often use the word tokens without knowing what it really means — what happens when something is tokenized? 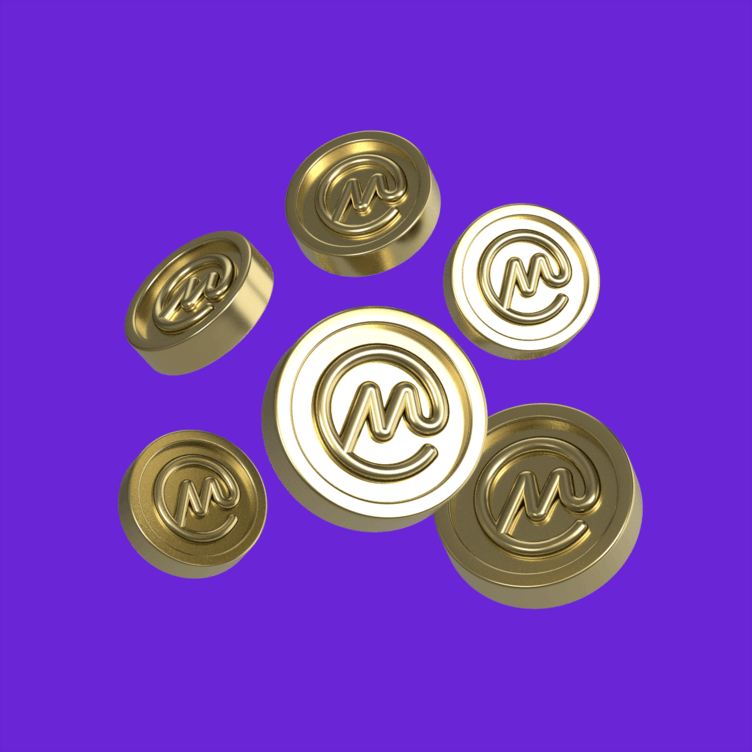 Over the last decade, blockchain has gone from being a promising concept to being the technology billed for the future. In its evolution, blockchain technology has caused major stirs in different industries and created new models for businesses.
Tokenization is one of the concepts that has been popularized by blockchain’s rise to mainstream recognition. In this guide, we will take a deep dive into tokenization and the reasons behind its newfound popularity.
Subscribe

Tokenization is the process of creating tokens as a medium of data, often replacing highly-sensitive data with algorithmically generated numbers and letters called tokens.

Unlike cryptocurrencies, the idea of tokenization did not originate from blockchain technology. For a long period of history, physical tokens have been used to represent real money. For instance, casino chips are used to represent money, and banknotes and coins are also used as different forms of tokens.

Tokenization in the digital world was first attempted by TrustCommerce in 2001. In looking at a way to protect the sensitive credit card details of its users, the payment solutions issued the first digital tokens (randomized numbers), which were a non-sensitive data equivalent.

Before this, online payment services would store the sensitive information of their users in servers. However, these servers were susceptible to breach from hackers looking to access this information.

When a cardholder performed an online transaction, the merchant was referred back to TrustCommerce, which would then process the information on their behalf. This both eliminated the need for merchants to store credit card details and also protected cardholders from hackers.

Issuing a token on a blockchain magnifies its usefulness exponentially. The blockchain records the issuance and maintains a ledger of every single movement of that token.

Conventional tokenized assets created multiple "tokens" for every user who accesses the file. However, a blockchain creates a permanent, immutable record of the tokens by using a distributed ledger.

When a transaction takes place on a blockchain, instead of creating a new representation of the token, the ledger accesses the token stored and updates itself to reflect the spend, thus overcoming the double-spend problem.

In addition to solving the double-spend problem of tokenization, issuing a token on a distributed ledger or blockchain adds a lot of benefits to the token. Some of the benefits blockchain tokenized assets enjoy are:

A distributed ledger ensures that not one single entity is in control of information.

What Is a Security Token?

What Is a Security?

The term security is used to refer to any representation of an ownership position in a publicly-traded corporation, or the ownership rights represented by an option. In simpler terms, a security is any financial asset that can be traded.

When a security has been issued to digitally represent a real tradable asset, it becomes a security token. These tokens now serve as a reference to the original asset/data. Security tokens are often simply referred to as tokens or digital securities.

Security tokens can be used to digitally represent assets of different classes including equity, fixed income, real estate, structured product, investment fund shares and commodities that are both traded and held on a blockchain (a distributed ledger).

How Are Security Tokens Created?

What’s the Difference Between Cryptocurrency Coins and Tokens?

These are some of the most used, yet least understood words in the crypto industry. While many would use them interchangeably, they do not exactly mean the same thing.

A crypto coin is simply a digital coin, created for making payments. Coins are created to act like money: in other words, they represent a unit of account, store of value, and medium of transfer. Crypto coins tend to take the form of their native blockchain, like with Bitcoin (BTC), Bitcoin Cash (BCH), Litecoin (LTC) and Monero (XMR).

On blockchains, while tokens are valuable, they cannot be considered as money in the same way crypto coins can be. They can be used for payments because of the value they get from the project that issued them.

On some blockchains, tokens are used to hold votes by the community on key business decisions, or even technical changes to the platform, thus giving tokens more functionality than the regular crypto coins.

In 1946, the Supreme Court was tasked with handling a colossal case that would change the outlook of the financial industry.  The Securities and Exchange Commission vs W. J. Howey Co. case would set up the framework for the infamous Howey Test.

Howey, which was a citrus farm operating on a large expanse of land in the southern portion of Florida, had decided to lease out half of its large property to generate finance for additional development.

Purchasers of the land, who were largely speculators rather than farmers, were happy to lease the land back to Howey on the premise that they would get profits by doing so.

It was then the question of whether or not the land could act as a security. The Securities and Exchange Commission deemed this move illegal, and Howey was promptly sued for not filing a securities registration statement.

As the crypto industry welcomes more investors, the SEC has become more interested in defining and regulating the use of cryptocurrencies. As such, the Howey Test has often been applied to crypto markets, especially ICOs.

In the original case, the term “money” was used; however, later cases have expanded it to include other assets and investments that are not money.

Now, cryptocurrencies fall into this category. If the tokens to be issued by a blockchain project meets all the three aforementioned criteria, then by law, it is regarded as a security.

What Is a Utility Token?

Utility tokens are often referred to as user tokens or app coins. If a token fails to qualify security based on the Howey Test, then it classifies as a utility token. Utility tokens simply provide users with a product and/or service.

These tokens usually act as an access point into a network. Without a utility token, you cannot access the services available on that platform. A utility token is most often issued during a crowdsale or during an initial coin offering.

A utility coin grants the holder the right to access the network and in some cases a right to take advantage of the network by voting. Filecoin, Siacoin and Civic are all examples of utility tokens.

Utility tokens are also largely unregulated, unlike security tokens. While utility tokens may be exempted from the federal laws governing securities, it drastically increases the potential for scammers to exploit.

What Is a Governance Token?

Now that you know a little bit more about tokens, check out our guide to cryptocurrencies!
This article contains links to third-party websites or other content for information purposes only (“Third-Party Sites”). The Third-Party Sites are not under the control of CoinMarketCap, and CoinMarketCap is not responsible for the content of any Third-Party Site, including without limitation any link contained in a Third-Party Site, or any changes or updates to a Third-Party Site. CoinMarketCap is providing these links to you only as a convenience, and the inclusion of any link does not imply endorsement, approval or recommendation by CoinMarketCap of the site or any association with its operators. This article is intended to be used and must be used for informational purposes only. It is important to do your own research and analysis before making any material decisions related to any of the products or services described. This article is not intended as, and shall not be construed as, financial advice. The views and opinions expressed in this article are the author’s [company’s] own and do not necessarily reflect those of CoinMarketCap.
2 people liked this article