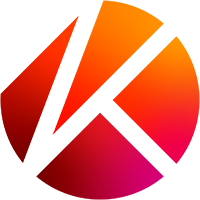 Klaytn is a public blockchain focused on the metaverse, gamefi, and the creator economy. Officially launched in June 2019, it is the dominant blockchain platform in South Korea and is now undergoing global business expansion from its international base in Singapore.

These business expansion activities are supported by the Klaytn Growth Fund, which aims to grow the ecosystem built on Klaytn. The fund is managed and disbursed by Klaytn Foundation, a Singapore-based non-profit organization established in August 2021.

Klaytn utilizes an optimized version of Istanbul BFT that enables transactions to achieve absolute finality within a second, allowing for responsive user experiences and enabling use cases where near-instant and irreversible finality is necessary—such as the real-time minting of in-game item drops.

Proof-of-Work and Proof-of-Stake blockchains exhibit probabilistic finality, which means there is a tiny chance that a transaction recorded on the chain can get reversed. This makes these blockchains unsuitable for mission-critical applications, especially if used at scale. Klaytn’s IBFT consensus algorithm guarantees that data recorded on the blockchain is correct and will never be reversed, in order to deliver the reliability and data consistency needed for large-scale applications.

Klaytn supports EVM as one of the emerging standards for the metaverse and Web3, and will be adopting the EVM specification by: * Making Klaytn’s technical stack equivalent to the Ethereum stack from an interfacing and execution perspective * Building on top of existing Ethereum clients and interfacing libraries to inherit any improvements made to their open-source codebases * Enabling Ethereum Improvement Proposals (EIPs) and Klaytn Improvement Proposals (KIPs) to contribute to both ecosystems

At the core of Klaytn’s unique take on decentralization is their Governance Council (GC). Comprising leading global enterprises and DAOs across geographies and industries, these GC members form a compact validator network that is able to deliver the benefits of a decentralized public blockchain while maintaining the performance of a permissioned blockchain. Moving forward, Klaytn aims to further increase decentralization by onboarding more DAOs to their GC to create a “DAO of DAOs”.

Klaytn utilizes the hub-and-spoke model that is widely acknowledged as one of the leading scalability solutions. Klaytn’s spokes, or service chains, can be customized for specific DApp requirements such as high throughput, special node configurations, or custom security levels. In addition, support for nested service chains will provide the exponential scalability needed for metaverse-scale adoption.

Through a combination of the initially issued reserve KLAY and on-chain tokenomics that re-invest 66% of newly-minted KLAY, Klaytn has set aside a total of $1 billion to support ecosystem growth. The funds are distributed across a range of grant and reward programs such as: * The Klaytn Improvement Reserve (KIR) for infrastructure, tools and services that improve the quality of the Klaytn network * The Klaytn Growth Fund (KGF) for early-stage projects with high potential for creating positive impact on Klaytn * The Proof of Contribution (PoC) program to reward builders of smart contracts that contribute to the growth on on-chain activities on Klaytn

Klaytn is the preferred blockchain for enterprises and enterprise-level use cases, counting industry titans such as Japan’s GMO Internet Group, Indonesia’s Salim Group, and mobile gaming giants Netmarble and WeMade amongst our partners. Klaytn is also the official blockchain partner for Bank of Korea’s CBDC project, which is running off a private, modified version of Klaytn.

Who are the founders of Klaytn?

The Klaytn blockchain was developed and launched in June 2019 by GroundX, the blockchain subsidiary of Korea’s largest mobile platform, Kakao. After two years of success in Korea, the Klaytn Foundation—a non-profit entity devoted to the Klaytn network and its ecosystem—was established to begin Klaytn’s global expansion.

Klaytn Foundation is a non-profit organization that was established to accelerate global adoption and ecosystem maturity on Klaytn. The foundation manages the Klaytn Growth Fund and operates alongside Krust, a subsidiary of internet giant Kakao Corp that invests in projects built on Klaytn.

KLAY is the native digital asset that fuels and secures the Klaytn protocol. Klaytn was launched with 10 billion KLAY issued at genesis, and there are currently 2.6 billion KLAY coins in circulation. With every new block, 9.6 KLAY will be minted and the newly issued KLAY and the sum of transaction fees used in the block (collectively called the “block reward”) will be aggregated and distributed to the following three destination accounts in accordance to the predetermined ratio: * Klaytn Governance Council Reward: 34% * Klaytn Growth Fund (KGF): 54% * Klaytn Improvement Reserve (KIR): 12%

Where can you buy KLAY?

KLAY is available for trading on a growing number of major exchanges, with Binance, Bithumb, KuCoin, and many more offering cryptocurrency and stablecoin pairs.

Learn more about how to buy crypto here.