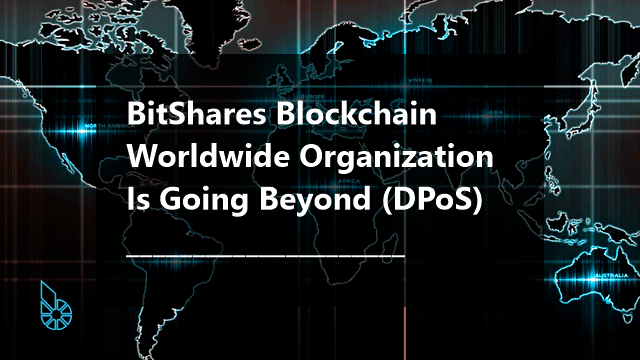 Delegated proof of stake mitigates the potential negative impacts of centralization through the use of witnesses (formally called delegates). A total of N witnesses sign the blocks and are voted on by those using the network with every transaction that gets made. By using a decentralized voting process, DPOS is by design more democratic than comparable systems. Rather than eliminating the need for trust all together, DPOS has safeguards in place the ensure that those trusted with signing blocks on behalf of the network are doing so correctly and without bias. Additionally, each block signed must have a verification that the block before it was signed by a trusted node. DPOS eliminates the need to wait until a certain number of untrusted nodes have verified a transaction before it can be confirmed.

This reduced need for confirmation produces an increase in speed of transaction times. By intentionally placing trust with the most trustworthy of potential block signers, as decided by the network, no artificial encumbrance need be imposed to slow down the block signing process. DPOS allows for many more transactions to be included in a block than either proof of work or proof of stake systems. DPOS technology allows cryptocurrency technology to transact at a level where it can compete with the centralized clearinghouses like Visa and Mastercard. Such clearinghouses administer the most popular forms of electronic payment systems in the world.

In a delegated proof of stake system centralization still occurs, but it is controlled. Unlike other methods of securing cryptocurrency networks, every client in a DPOS system has the ability to decide who is trusted rather than trust concentrating in the hands of those with the most resources. DPOS allows the network to reap some of the major advantages of centralization, while still maintaining some calculated measure of decentralization. This system is enforced by a fair election process where anyone could potentially become a delegated representative of the majority of users.

Shareholders are in Control

The fundamental feature of DPOS is that shareholders remain in control. If they remain in control then it is decentralized. As flawed as voting can be, when it comes to shared ownership of a company it is the only viable way. Fortunately if you do not like who is running the company you can sell and this market feedback causes shareholders to vote more rationally than citizens.

Every shareholder who locks their BTS gets to vote for someone to sign blocks in their stead (a representative if you will). Anyone who can gain 1% or more of the votes can join the board. The representatives become a “board of directors” which take turns in a round-robin manner, signing blocks. If one of the directors misses their turn, clients will automatically switch their vote away from them. Eventually these directors will be voted off the board and someone else will join. Board members are paid a small token to make it worth their time ensuring uptime and an incentive to campaign. They also post a small bond equal to 100x the average pay they receive for producing a single block. To make a profit a director must have greater than 99% uptime.

So how is this different than Bitcoin? With Bitcoin, users must pick a mining pool and each pool generally has 10% or more of the hash power. The operator of these pools is like a representative of the clients pointed at the pool. Bitcoin expects the users to switch pools to keep power from becoming too centralized, but collectively five major pools control the network and manual user intervention is expected if one of the pools is compromised. If a pool goes down then the block production rate slows proportionally until it comes back up. Which pool one mines with becomes a matter of politics.

Reasons to not randomly select representatives from all users

Systems like Nxt and Peercoin will have excessive fees if they intend to allow everyone to be a validator and earn fees at scale. What this means for Nxt and Peercoin is that anyone with less than 1% stake cannot validate profitably unless their fees are higher than our DPOS chain. If these chains assume 100 delegates is too centralized and start promoting they have 1000 validators, then their fees must be 10x those of DPOS. If such a chain grew to be the size of Bitcoin ($10 B) then only those with $1M worth of coin could validate profitably and most would consider that an elite club. If they reduce the minimum stake to be a validator to $1000, then their fees would be 10,000 times higher than DPOS.

Developers of DPOS assume that everyone with less than the amount required to validate won’t participate. Also assumed is a “reasonable” distribution of wealth. It’s clear that unless alternate chains have unusually high fees, there will only be a handful of people with enough stake to validate profitably.

In conclusion, the only way for POS to work efficiently is to delegate. In the case of Nxt, they can pool their stake by some means and ultimately this will end up like DPOS prior to approval voting with a variable number of delegates. Delegates wouldn’t actually receive any income as with mining pools because the validation expenses will consume the vast majority of the transaction fees.

The end result is that decentralization has a cost proportional to the number of validators and that costs do not disappear. At scale, these costs will centralize any system that does not support delegation. This kind of centralization should be designed as part of the system from the beginning so that it can be properly managed and controlled by the users, instead of evolving in some ad hoc manner as an unintended consequence.

Why use only upvotes?

How are ‘votes’ counted?

Once every maintenance interval, all votes are recounted and the corresponding result takes effect.

Not any more. After discovering emski’s attack the developers decided to use Approval Voting.

How many witnesses are securing the network

From Bots To Trackers: How Technology Is Revolutionizing Retail Investing

Technology has always been at the center of investing. Since the inception of Information Technology (IT), it has supported a drastic shift in the investment landscape.

Algorand Can Be Dead If Not Reached A Certain Point: Experts

MATIC’s current strength is evident in the fact that the altcoin is in the green by more than 8% over the last week.