Who's Been Buying All the Bitcoin?
Inhaltsverzeichnis
Do Institutional Investors Know About Crypto?
Who Is Buying Bitcoin?
1. Grayscale Bitcoin Trust
2. MicroStrategy
3. Galaxy Digital Holdings
4. Square
Who Owns the Most Bitcoin?
The Winklevoss Twins
Roger Ver
Satoshi Nakamoto (the Satoshi Stash)
Bitcoin Whales
More to Come for Crypto?
Crypto Basics

Who's Been Buying All the Bitcoin?

The news this fall has been full of large companies like MicroStrategy and Square buying lots and lots of Bitcoin — who else is in the game? 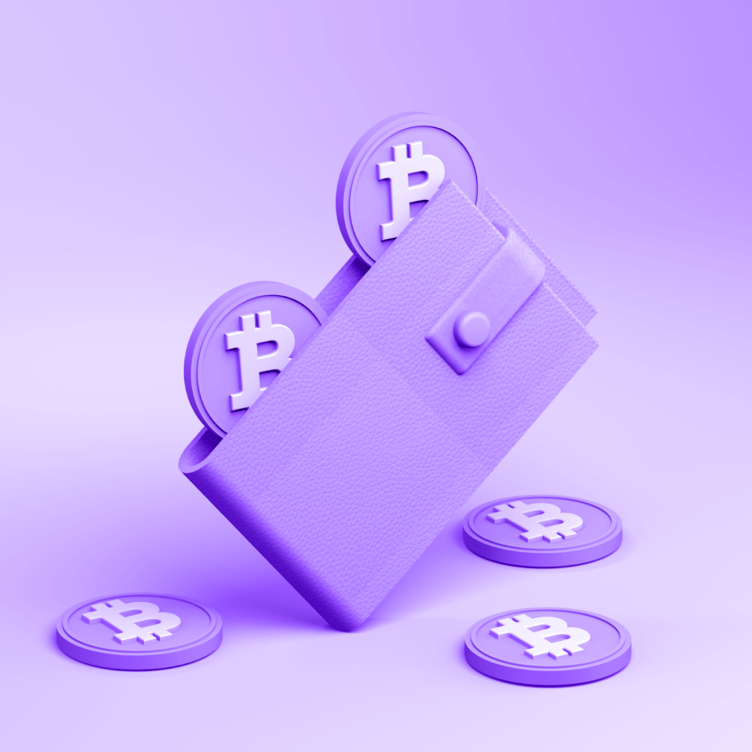 Institutional investors are flooding into Bitcoin in droves. It seems that they can't get enough of this cryptocurrency — and some hedge funds are actually buying up these digital assets faster than they can be mined.

Here, we're going to look at where this institutional interest is coming from, exactly who is buying Bitcoin in bulk and examine why they're so fascinated with this asset class.

Do Institutional Investors Know About Crypto?

First though, here are some interesting facts that reveal institutional investor attitudes towards crypto assets in general:

All of these facts — combined with PayPal's decision to get involved with digital assets — suggests the crypto market is starting to come of age. All of this could send the price of Bitcoin back to all-time highs, almost four years after it hit a record $20,000 USD.

Who Is Buying Bitcoin?

Let's take a look at the biggest institutional investors who have been embracing Bitcoin's volatility since the halving took place.

During the pandemic, Grayscale has been buying BTC at breakneck speeds. As of mid-October 2020, the Grayscale Bitcoin Trust held BTC worth $6 billion — and estimates suggest this financial institution owns 2.5% of Bitcoin's total supply. That's about 450,000 BTC. This investment firm also has separate trusts focusing on Ethereum, Litecoin, Bitcoin Cash and Ripple's XRP, among others.

The Grayscale Bitcoin Trust has the biggest allocation of BTC among institutional investors by far — but this hasn't stopped other companies, such as MicroStrategy, throwing sizable amounts of cash behind this cryptocurrency either.

MicroStrategy recently decided to use Bitcoin as its primary treasury reserve asset. The company has bought a total of 38,250 BTC at the time of writing in November 2020, purchasing them for an average of $11,111 each.

The price it paid for this Bitcoin is significant. Since the beginning of 2017, MicroStrategy had reported a net income of $78 million for its business operations. But just two months of holding BTC has resulted in a gain of $100 million after the price of Bitcoin neared $14,000. Further inflows are expected as other institutional investors try to emulate this strategy.

Other institutions embracing blockchain include Galaxy Digital Assets. It amassed a Bitcoin treasury worth $134 million in June 2020 — and at the time of writing, this was worth $230 million. Its stockpile of 16,651 BTC is about 0.8% of the total supply.

Last but not least, let's mention Square. Founded by Jack Dorsey, who is also the CEO of Twitter, the company announced that it had purchased 4,709 BTC for $50 million in October 2020. Just a few weeks after this acquisition, the cryptocurrency stockpile was paying dividends, and was worth $15 million more.

Who Owns the Most Bitcoin?

Tyler and Cameron Winklevoss are some of the biggest names (and tallest people) in Bitcoin. The twins — who first entered the public eye after a very public legal battle with Mark Zuckerberg over the invention of Facebook — are now more famous for the size of their Bitcoin holdings. The Winklevii claim that they own more than 1% of the circulating supply of Bitcoin, after buying $11 million in Bitcoin back in 2013.

Tyler and Cameron also founded a cryptocurrency exchange, Gemini — they are not just holders of Bitcoin, but are active entrepreneurs in the crypto space.

Roger Ver is one of the original cryptocurrency personalities — his nickname is “Bitcoin Jesus.” Back in 2011, Ver was one of the first investors in Bitcoin-based startups, like Charlie Shrem’s Bitinstant. While he is now known as a proponent of Bitcoin Cash, which he began publicly backing after the Bitcoin hard fork over block size, Ver also has a sizable amount of Bitcoin due to his early entrance in the crypto space (rumored to be over 100,000 BTC).

Satoshi Nakamoto, the pseudonymous founder of Bitcoin, would be one of the richest people in the world due to his/her/their Bitcoin holdings. While the exact amount of Bitcoin that Satoshi would own today is not confirmed, based on research from what people believe to be Satoshi-mind blocks, the pseudonymous Bitcoin founder would have around 700,000 Bitcoin — which would be worth around $28 billion as of Jan. 8, 2021.

Besides those people who have been publicly identified as owning large amounts of Bitcoin, there are countless more Bitcoin “whales” that own incredible amounts of the original cryptocurrency. A whale is often defined as someone who owns over 1,000 Bitcoin, and it’s common practice for news outlets and traders to track the trades of these Bitcoin whales.

More to Come for Crypto?

As the global economy continues to suffer because of coronavirus, it's likely that we'll see more institutional investors enter this space. These allocations often grab headlines in respected financial publications such as Bloomberg and Forbes — and regulators are beginning to catch up with the crypto industry, introducing regulations that allow companies to acquire digital assets for the first time.

The question now is whether this is a short-term trend, or whether enthusiasm will start to fade, just like we've seen with DeFi.
Some argue that institutional interest in cryptocurrencies is a bad thing, and that it goes against why BTC and ETH were invented in the first place. Others are also concerned about the impact these holdings could have on the price of Bitcoin and other digital assets if they decide to sell.
4 people liked this article

Crypto Basics
Week in DeFi: Frax Leads LSD Race, MetaMask Hops on the Bandwagon
Another exciting week in DeFi as markets rally and the LSD narrative heats up — check out our weekly roundup of the most important DeFi tweets, news and alpha you can't miss out.
Von 0xKira
4 days ago
4 Minuten
Crypto Basics
What Are Cryptocurrency Hedge Funds?
Cryptocurrency hedge funds work much like traditional hedge funds in that they allow individual investors to contribute to an expert-managed investment pot.
Von Daniel Phillips
1 week ago
6 Minuten
Crypto Basics
Blockchain Gaming: Pipedream or Prophesy?
CoinMarketCap Alexandria analyzes the state of blockchain gaming in 2023 — and its future potential.
Von Daniel Phillips
1 week ago
7 Minuten
See all articles