By Decentralized Dog
5m
1yr ago 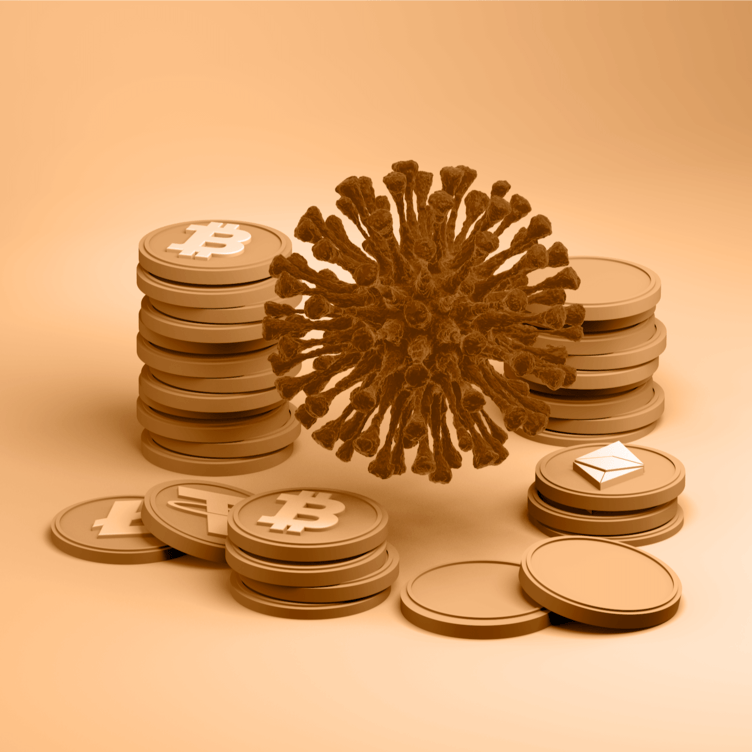 The coronavirus pandemic has transformed the way we interact with money.

Amid fears that physical cash could be infectious, businesses suddenly had to adapt. Digital payments became the norm — and many companies stopped accepting cash.

Even credit cards haven't been safe. In many countries, you need to type a PIN into a device for a transaction to be completed. Again, there were fears that this could also spread COVID-19.

All of this has led to a surge in popularity for electronic payments. In just a few short months, the coronavirus crisis has brought levels of cashless transactions that would have otherwise taken years to achieve.

But unfortunately, this can bring pain for small businesses. Existing payment systems — especially those that fuel credit cards — often attract punishing transaction fees. In some cases, payments aren't processed in real time, meaning that merchants face a delay until they receive their hard-earned cash. Financial services have also come under scrutiny because of the costs and delays associated with making cross-border payments.

How Digital Currencies Can Help

Digital assets have long been touted as a way of shaking up the financial system — making things fairer for consumers, offering inclusion for those who don't have bank accounts and enabling fintech companies to inject some much-needed innovation into the industry.
COVID has brought all of this into sharp focus, and now, digital currencies such as Bitcoin and Ethereum are being treated as serious contenders in shaping the future of digital cash. PayPal also gave a ringing endorsement of cryptocurrencies when it announced that it would start offering digital wallets for BTC and ETH, as well as Bitcoin Cash and Litecoin.
However, the promise of blockchain extends beyond cryptocurrencies with a large market cap. Central bank digital currencies (otherwise known as CBDCs for short) are also gaining traction — especially in countries like Sweden. China has also fully embraced the idea of a digital yuan, and is preparing to roll out this digital asset nationwide. The United States Federal Reserve is exploring the prospect of releasing a digital dollar, but it is fair to say that it is behind the curve here, especially when compared with Facebook's Libra stablecoin.
We're also starting to see financial institutions examine whether it's feasible to launch their own digital assets — and some pundits believe that it's highly likely that PayPal will unveil its very own after last week’s announcement, prompting commercial banks to follow suit.
Although there are concerns that BTC can facilitate money laundering, and that it's impractical for everyday use because of its volatility, it is still regarded as a store of value — an asset that can't be manipulated by monetary policy. Given how many major fiat currencies have been devalued because of economic stimulus packages designed to tackle the pandemic-inspired financial crisis, with interest rates near negative territory, it's no wonder cryptocurrencies are appealing.
There are also other reasons why digital currencies are now more attractive for governments, financial institutions and regulators. One of them concerns programmable money. The Fed is especially interested in the prospect of a digital dollar because of how it could make it easier to distribute monetary support to the most vulnerable, especially those unable to cash checks.
Overall, COVID has fueled a shift to digital payments that is unlikely to be reversed. Expect to see the issuance of more cryptocurrencies in the not-too-distant future from startups across global markets, along with greater levels of liquidity.
1 person liked this article

Crypto Basics
An Intro to Ethereum
A beginner's guide to understanding Ethereum and how it works.
By Andrey Sergeenkov
2mo ago
7m
Crypto Basics
How PayPal's Crypto Service Will Work
PayPal recently announced their new crypto service, sending shockwaves through the markets — how will it work?
By Decentralized Dog
1yr ago
5m
Crypto Basics
Happy Doge Day!
4/20 means Dogecoin Day! For Doge Day 2022, we have prepared a special little prayer for better times ahead. Read more!
By The Coin Pope
3w ago
2m
See all articles