What Is Gala Games (GALA)? Features, Tokenomics, and Price Prediction 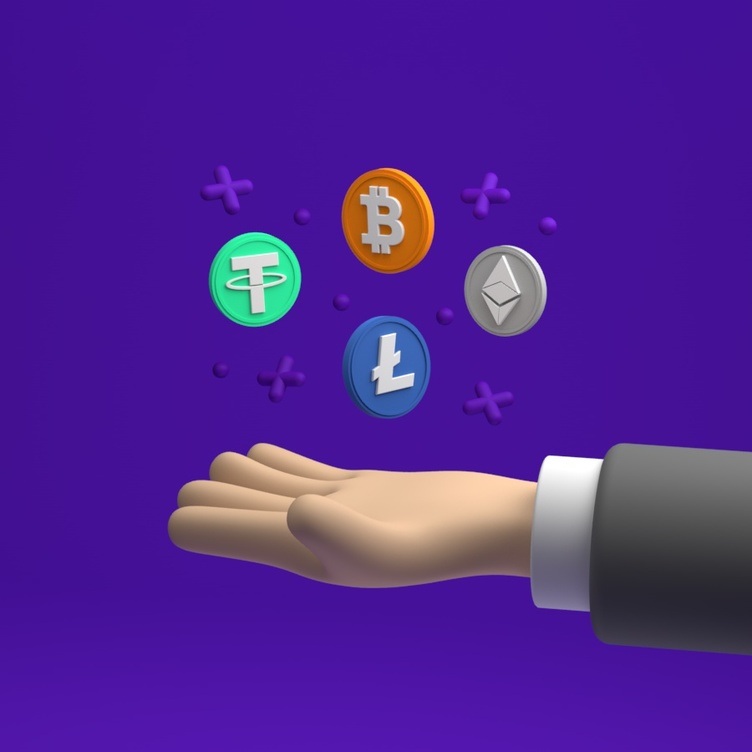 During the past six months, the GameFi industry that features the play-to-earn (P2E) element and non-fungible tokens (NFTs), has taken over a major portion of the blockchain and cryptocurrency universe.
Gala Games is a platform that builds a range of blockchain-powered games, each of which provides players with true ownership of their in-game items through the use of non-fungible tokens (NFTs).
Launched in 2020, the platform was one of the earliest movers in the play-to-earn niche, by rewarding players in the form of GALA tokens for playing their range of games.
Billed as a platform that makes "blockchain games you'll actually want to play", Gala Games prioritizes the quality of games rather than launching the MVP-type games commonly seen in the play-to-earn space. The platform is an ecosystem of player-owned and controlled games, each of which offers something different to engage the audience.
The platform has been developed by a team of 60 and has more than 1.3 million active users worldwide. Gala Games’ CEO, Eric Schiermeyer, is also one of the co-founders of Zynga — a massively popular social game developer.
Subscribe

How Does Gala Games (GALA) Work?

Gala Games is somewhat similar to the Steam store or GOG, in that it features a wide variety of games for users to pick and play. However, unlike these stores, all games are 100% free-to-play and are accessed over the blockchain through a decentralized application (DApp).

To date, Gala Games is working on a total of five different games — these are:

Players will also find a fully-fledged NFT store, which supports all of the player-owned in-game assets. These items are divided into six rarity classes: Common, Uncommon, Rare, Epic, Legendary, and Ancient, and can be bought or sold in multiple cryptocurrencies, thanks to its integration with CoinPayments.

The platform features its own native utility token, known simply as GALA. This is used as the main digital asset within the Gala Games ecosystem for purchasing items, peer-to-peer payments, rewarding nodes, and more.
Users can also contribute to the Gala Games ecosystem by running a Gala Node. This requires users to buy a license, after which they will be able to run the node software from their home computer and earn rewards in the form of GALA tokens, and potentially rare NFTs. As it stands, this license costs ~$13,000 in Ethereum (ETH), GALA, or Basic Attention Token (BAT).
The total number of nodes that can take part in this process is capped at 50,000.

Play-to-earn and blockchain-powered games with player-owned assets are nothing new in the cryptocurrency industry. However, Gala Games has a few tricks up its sleeve that arguably help it blaze its own trail in this increasingly crowded space.

Here, we take a look at some of its most prominent distinguishing features:

Originally built on the Ethereum blockchain, Gala Games recently leveraged the p.Network Bridge DApp to bridge the GALA token to Binance Smart Chain as a BEP-20 asset. This allows players to dramatically reduce transaction fees when using or spending their GALA tokens.

Games on the Gala network offers blockchain-powered gaming experiences where the platform has close to half a dozen games in its development roster. This includes RPG games, space exploration games, tower defense games, and more.

Gala Games makes it is easy for players to buy and sell in-game items over its built-in marketplace. This allows users to easily source liquidity for their game spoils or purchase new items/characters to improve their gaming experience and performance.

The Gala Games network depends on community-owned nodes that help power the platform. Likewise, the development team and operating staff are constantly engaging with the community to determine which games/features are most sought-after by the community.

This helps ensure that resources are spent delivering the games and experiences that people want and producing assets that are uniquely tailored to its community.

Unlike most play-to-earn games, which typically have a player base that numbers in the tens to hundreds of thousands, Gala Games has a staggering 1.3+ million active users. As a result, games launched through the platform are likely to become among the most popular P2E games in the blockchain space right off the bat.

The GALA token has a fixed maximum supply of 50 billion units. Out of this, close to 7 billion GALA are currently circulating. This represents ~14% of the maximum total.

According to the official GALA documentation, a total of 17,123,286 GALA are distributed each day — half of which go to the founder's node operators, while the other half goes to the Gala Games conservatorship.

Similar to Bitcoin and many other cryptocurrencies, Gala Games included a halving cycle in its emission schedule. The emission is halved each year on July 21. The next halving is scheduled for July 21, 2022, which will see the emission rate drop to 8,561,643 GALA per day.

GALA token’s contract addresses can be found on both Etherscan and BscScan.

Following its listing on Binance on September 13, 2021, the GALA token reached its all time high value, at $0.07633 per token. Likewise, trading volume for the digital asset multiplied considerably following the news, seeing it spike from ~$4 million a day, to over $500 million as of writing.

As it stands, there are a number of reasons why somebody might want to acquire the GALA token (beyond mere speculation). These include purchasing in-game assets, operating a node, and maximizing in-games revenues.

However, the vast majority of Gale Games’ games are not yet live. As it stands, four out of five titles are still in development, whereas Town Star is the only game that is ready to play (in its beta version). With ~1.3 million users ready to be onboarded to these games, it is clear that there is potential for a significant uptick in demand for the GALA token.
Moreover, some of the games bear similarities to several of today’s blockbuster play-to-earn games — yet the entire platform has a very reasonable current market cap of ~$400 million. For example, Gala Games’ Echoes of Empire game shares similarities with the massively hyped Star Atlas, while Town Star is vaguely analogous to the wildly popular My Neighbor Alice.
The platform is developing a high-speed native blockchain platform to dramatically lower fees and ensure support for potentially tens of thousands of simultaneous users. In addition to the fact that Star Atlas and My Neighbor Alice alone are similar in market cap to Gala Games, there is good reason to believe that the platform is undervalued.

That said, it is important to note that GALA does suffer from significant supply inflation. Just 14% of the supply is currently circulating, while more than 17 million new tokens enter circulation each day. Considering its current value of $0.048, almost $30 million is added to its market capitalization each month.

All-in-all, despite its relatively high inflation, Gala Games likely still has a lot of room left in the tank for further growth — assuming the team can deliver their promise of producing truly fun, well-balanced games.
This article contains links to third-party websites or other content for information purposes only (“Third-Party Sites”). The Third-Party Sites are not under the control of CoinMarketCap, and CoinMarketCap is not responsible for the content of any Third-Party Site, including without limitation any link contained in a Third-Party Site, or any changes or updates to a Third-Party Site. CoinMarketCap is providing these links to you only as a convenience, and the inclusion of any link does not imply endorsement, approval or recommendation by CoinMarketCap of the site or any association with its operators. This article is intended to be used and must be used for informational purposes only. It is important to do your own research and analysis before making any material decisions related to any of the products or services described. This article is not intended as, and shall not be construed as, financial advice. The views and opinions expressed in this article are the author’s [company’s] own and do not necessarily reflect those of CoinMarketCap. CoinMarketCap is not responsible for the success or authenticity of any project, we aim to act as a neutral informational resource for end-users.
6 people liked this article

Tech Deep Dives
A Deep Dive Into OpenDAO ($SOS)
In the midst of all the gift-giving and merry-making, an unexpected gift were airdropped to NFT buyers and creators — all OpenSea users received SOS tokens that went up an astonishing 1270%.
By Andrey Sergeenkov
4mo ago
4m
Tech Deep Dives
What Is Voxies (VOXEL)? Features, Tokenomics, and Price Prediction
CoinMarketCap takes a deep dive into Voxies (VOXEL), an RPG play-to-earn game and the 25th project of Binance Launchpad that offers NFTs to its players.
By Hassan Shafiq
5mo ago
6m
Tech Deep Dives
What Is ParaState (STATE)? A Platform That Brings Ethereum DApps to Polkadot
ParaState plans to bring Ethereum smart contracts to Polkadot.
By Daniel Phillips
3mo ago
4m
See all articles