What Is Chia Network (XCH)? Features, Tokenomics and Price Prediction

CoinMarketCap Alexandria takes a deep dive into Chia Network (XCH), an energy-efficient blockchain that claims to be a more decentralized and secure smart transaction platform. 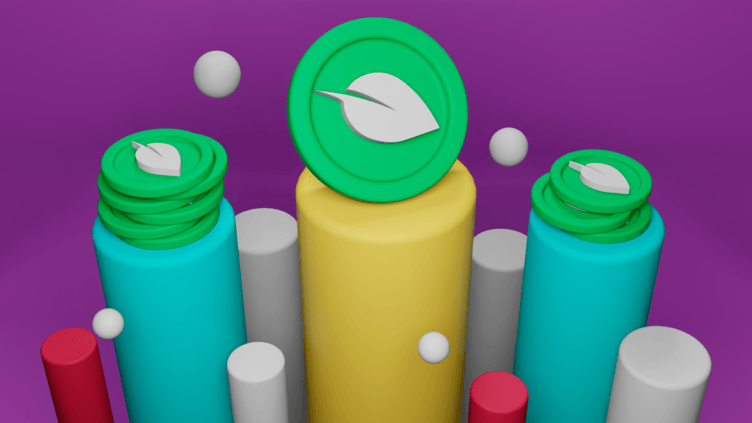 Chia Network (XCH) is a cryptocurrency and blockchain smart transaction platform that was designed to make crypto easier to use and harder to lose than cash. Chia was founded in 2017 by Bram Cohen, the founder of BitTorrent, a popular filesharing platform. It has the backing of several Grade-A crypto venture capital firms and investors like Andreesen Horowitz, Galaxy Digital and Naval Ravikant.
Chia boasts that its blockchain is as secure as Bitcoin but uses a fraction of the energy due to its consensus mechanism. It pioneered several cryptographic milestones like BLS Signatures and Verifiable Delay Function and launched its proof-of-time function in 2019. After releasing the first Beta version of its blockchain in 2020, its mainnet launch was in March 2021.
Subscribe

How Does Chia Network (XCH) Work?

Chia Network is, at its core, a layer 1 blockchain that improves upon proof-of-stake (PoS) and proof-of-work (PoW) by using a proof-of-space consensus mechanism in combination with proof-of-time. This is to provide high security while not compromising on performance. Its blockchain can perform several functions:
The network is secured by thousands of nodes that broadcast all new transactions and blocks to other nodes to secure the network. Nodes can also partake in farming to secure the network.
Farming requires nodes to locally store large files called plots. These consist of random data and are at the heart of Chia's proof-of-space consensus mechanism. These plots are used to solve a challenge similar to how proof-of-work requires miners to do computational work. They function as the lottery ticket to the block reward for solving the puzzle. The more space nodes provide on their computers, the higher the chance to win the block reward.
Timelord nodes have a special function as they broadcast proofs of time every nine seconds. Timelord nodes are informed when unfinished blocks are submitted to the network, and will then work on a proof of time using a verifiable delay function (VDF). Put differently, they announce the winning nodes. If a farmer wins the lottery drawing, they can process the highest-paying transactions from the mempool into a new block and broadcast this to the network. This ensures correct documentation of time and allows the Chia Network to process more transactions per second than PoW blockchains like Ethereum, where nodes have to constantly synchronize the state of the blockchain.

Chia thus combines the security of PoW blockchains with the performance and energy efficiency of PoS blockchains.

Chia has several features that distinguish it from traditional blockchains like Bitcoin.

XCH contain a hash of the previously mined coin's ID, a puzzlehash, and an amount. Since hashes are not reversible with current technology, it is unfeasible for a hacker to even analyze the blockchain to determine what a coin's type is, let alone view the code that created it. Chia claims this is a superior solution to Ethereum, where a smart contract's source code can be viewed using a compiler.

Chia's combined proof-of-time and proof-of-space consensus is more energy-efficient than PoW and allows anyone with a connection and free disk space to participate as a node. Chia claims that this makes the network the most decentralized globally, with hundreds of thousands of nodes participating in securing it.

In addition, Chia's pool operators are only responsible for distributing rewards and cannot modify the blockchain, making miner collusion impossible. For a won block, the farmer receives 12.5% of the rewards and the pool operator the rest to discourage pool operators from harming their competition by farming on a competing pool and neglecting to create a block when they find proof.

Chia did not have an ICO, but it did raise private rounds to secure funding for the project. Although investors did not receive tokens, they can redeem a portion of the network's strategic reserve. These pre-farmed 21 million XCH are used to invest in the network's long-term development. Chia plans to use the strategic reserve in several ways:

The Chia Network follows a halving schedule for its block rewards in order to reward nodes for securing the network.

Chia Network proposes an intriguing new consensus mechanism similar to that of Solana. If the architecture can be proven to work at scale, it could be highly interesting to the corporate clients Chia Network seemingly plans to target.
However, its XCH token has lost 95% of its value from its all-time high, which means cryptocurrency investors clearly disagree with the value proposition put forward by Chia. To add insult to injury, the network has been trading below $200 for more than six months, suggesting that this is not a macro-induced dip but the result of fundamental distrust by the market. It is difficult to pin down what may be the reason for this. One possibility could be Chia's approach to leave governance in the hands of its executive board and pursue a public listing in addition to tokenization, leading investors to believe that mining XCH makes no economic sense. Traditionally, cryptocurrency investors are suspicious of corporate structures.
However, if Chia Network can find a way to better communicate its use case and galvanize community support for the project — possibly through a change in its governance — the price of XCH could reverse. Furthermore, Chia Network launched its first native peer-to-peer (P2P) exchange directly in the Chia wallet. It also partnered with Stably to bring the first dollar-denominated stablecoin on to the network. Considering that Chia seems to have a fundamentally sound product, it would be too early to discard its long-term prospects, even though the cryptocurrency market is unpredictable.
This article contains links to third-party websites or other content for information purposes only (“Third-Party Sites”). The Third-Party Sites are not under the control of CoinMarketCap, and CoinMarketCap is not responsible for the content of any Third-Party Site, including without limitation any link contained in a Third-Party Site, or any changes or updates to a Third-Party Site. CoinMarketCap is providing these links to you only as a convenience, and the inclusion of any link does not imply endorsement, approval or recommendation by CoinMarketCap of the site or any association with its operators. This article is intended to be used and must be used for informational purposes only. It is important to do your own research and analysis before making any material decisions related to any of the products or services described. This article is not intended as, and shall not be construed as, financial advice. The views and opinions expressed in this article are the author’s [company’s] own and do not necessarily reflect those of CoinMarketCap.
16 people liked this article

Altcoins
ETH vs WETH: What's the Difference?
What's the purpose of WETH? Is there a difference between Ethereum and its wrapped version? Read more to find out!
By Avyan
6mo ago
6m
Tech Deep Dives
Is UNISWAP V3 Sacrificing Retail for Capital Efficiency?: Flipside Crypto
Flipside Crypto takes a dive into how Uniswap's v2 compares to its v3.
By Rochelle Guillou
6mo ago
4m
Tech Deep Dives
A Dive Into the Astronomic Growth of Yearn.Finance & YFI
Yearn.Finance blew past $40,000, way above Bitcoin's highest price — what is this new protocol, and why is it what everyone is talking about?
By Lucas Outumuro
1yr ago
5m
See all articles