Shiba Inu: Coinbase's Best Friend?
Table of Contents
The Listing Terms
What Is Shiba Inu?
Much Decentralization, Such Self-Governance
The #SHIBARMY
Altcoins

From celebrities constantly supporting SHIB on social media platforms to Coinbase following only the Shiba Inu project on Twitter, check out why the token is so popular in the crypto community. 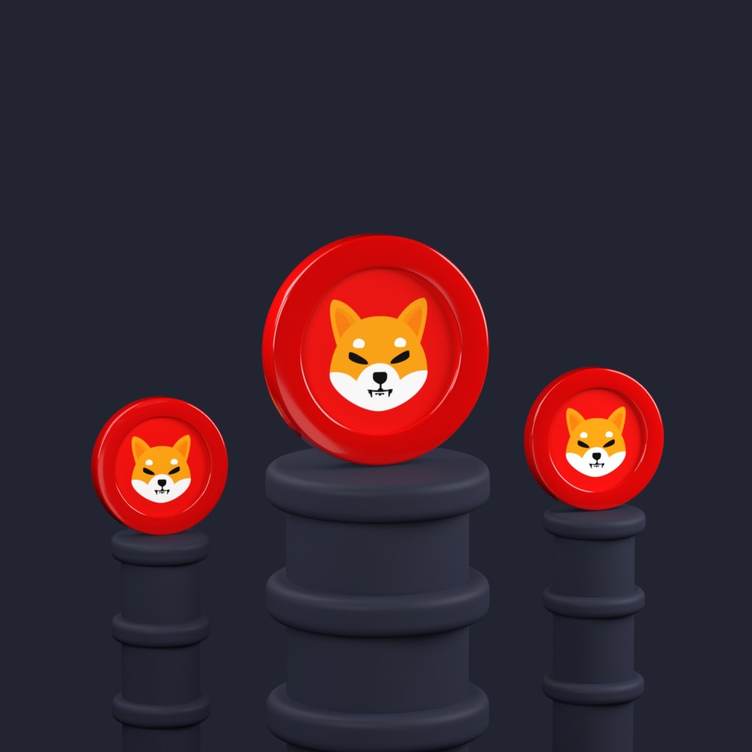 Last Thursday, Sept. 16, a major U.S. cryptocurrency exchange, Coinbase, announced the listing of the Shiba Inu (SHIB) token. The move has provoked much excitement in the crypto community, along with vigorous market action: the price of SHIB went up from about $6.583 per million tokens to as high as $9.186 in a few hours immediately following the announcement — an increase of almost 40%.

A week and a half later, SHIB’s price per million tokens has retraced down to about $7.378, but is still holding well above the pre-listing levels, as the token itself remains one of the most talked-about cryptocurrencies on social media. Let us take a closer look at what has gotten the crypto community so excited.

In an email sent to all its users, Coinbase announced that Shiba Inu (SHIB) will now be available for sending/receiving and trading on both its basic platform and the advanced Coinbase Pro. SHIB will be tradable against the U.S. dollar and the Tether (USDT) stablecoin.
Notably, a separate, redacted email was sent out to the exchange’s customers based in New York City and the same was posted on Coinbase listing’s details page, confirming that SHIB will not yet be available for trading in NYC.

What Is Shiba Inu?

SHIB is a member of a large and diverse pack of coins, inspired by Dogecoin (DOGE), and, by extension, its own memetic foundation, the Doge herself. As you might have already guessed, Doge is a dog — in particular, a sly-looking representative of the Shiba Inu breed, whose images are often captioned with what’s supposed to be her internal monologue (gems like “such wow,” “much cool”), written in the Comic Sans font, in different bright colors.
Dogecoin was launched in December 2013 by software engineer and early cryptocurrency creator-turned-critic Jackson Palmer. It started out as a joke, making fun of the wildly speculative nature of the crypto markets, where fundamentally redundant products can experience unimaginable price surges based on superficial factors, such as their branding or a Twitter shout-out from a celebrity.
Palmer’s assessment seems to have been proven correct, as the “joke” crypto has made quite a few real millionaires. It grew from below one-hundredth of a penny per coin in the beginning, to a peak of around $0.68 in May 2021, significantly helped along the way by supportive tweets from a billionaire entrepreneur, Elon Musk.
Perhaps missing the point of the project or, conversely, trying to reinforce it, multiple other Doge-themed cryptocurrencies have emerged in the wake of Dogecoin’s success, often merely looking to capitalize on the recognizable meme. These include, but are definitely not limited to DogeCash (DOGEC), Dogelon Mars (ELON), renDOGE (RENDOGE), Kishu Inu (KISHU), and, of course, the subject of our article — Shiba Inu (the cryptocurrency, not the dog).

Much Decentralization, Such Self-Governance

Of all the epigones, SHIB is by far the most successful, currently holding 47th place by market capitalization. Created by an unknown developer or group of developers under the pseudonym, Ryoshi, in August 2020, Shiba Inu positions itself as a community-run, fully decentralized ecosystem.
In order to avoid excessive wealth concentration evident in intentionally scarce cryptocurrencies, like Bitcoin (BTC), SHIB was designed to be abundant — it launched with a vast total supply of one quadrillion coins.
Shiba Inu was built on top of Ethereum’s blockchain; its smart contract functionality enables SHIB’s direct integration into the decentralized finance (DeFi) economy, unlike Dogecoin, whose relatively inflexible blockchain, powered by the scrypt proof-of-work (PoW) algorithm, makes it quite isolated from the scene where most of the innovation is currently taking place.
To further prove their lack of desire to exercise centralized control over the ecosystem, Ryoshi had sent half of the total supply of coins to Vitalik Buterin, co-founder of Ethereum (ETH) and one of the most well-known and credible personalities in the crypto industry, to do with as he sees fit.
Buterin did not disappoint the holders, as he later donated $1 billion worth of SHIB to the India Covid Crypto Relief Fund (which, ironically, temporarily crashed the token’s price, bringing the actual value of the donation down to about $400 million). Buterin then proceeded to permanently remove the rest of his tokens from circulation — about 40% of the total supply — as a gesture of support for the project.
All these factors have likely contributed to the coin’s successful performance as an asset: SHIB’s value had multiplied by a factor of several thousand between its launch in August 2020 and the current all-time-high reached in May 2021.

Like Dogecoin, Shiba Inu has made some millionaires along the way, and like Dogecoin it enjoyed the support from multiple celebrities. These include one from Nick Carter, a member of the world-renowned pop-music quintet Backstreet Boys, who proudly proclaimed that “We are the #SHIBARMY ##shiba” in May this year.
A similar poorly-timed message from a Floridan NFL star, Antonio Brown, proclaimed SHIB the “next Dogecoin”: both tweets went live right in the beginning of the coin’s price plummet of about 76% from its all-time high in the span of two weeks.
Celebrity tweets of questionable legality — people owning large amounts of a certain asset and tweeting what could be construed as a “manipulative device” is frowned upon by the U.S. Commodity Futures Trading Commission (CFTC), if one is to believe the lawyers consulted with by the crypto media outlet, Decrypt, aren’t the only type of bizarre support for Shiba Inu on Twitter.
Coinbase itself was only following Shiba Inu’s Twitter account for a short while, before reverting to its usual practice of following a short list of closely related products.
Ultimately, SHIB’s listing on Coinbase — currently the second-largest crypto exchange in the world by daily trading volume — is a significant milestone on the way to whatever fate awaits it.
This article contains links to third-party websites or other content for information purposes only (“Third-Party Sites”). The Third-Party Sites are not under the control of CoinMarketCap, and CoinMarketCap is not responsible for the content of any Third-Party Site, including without limitation any link contained in a Third-Party Site, or any changes or updates to a Third-Party Site. CoinMarketCap is providing these links to you only as a convenience, and the inclusion of any link does not imply endorsement, approval or recommendation by CoinMarketCap of the site or any association with its operators. This article is intended to be used and must be used for informational purposes only. It is important to do your own research and analysis before making any material decisions related to any of the products or services described. This article is not intended as, and shall not be construed as, financial advice. The views and opinions expressed in this article are the author’s [company’s] own and do not necessarily reflect those of CoinMarketCap. CoinMarketCap is not responsible for the success or authenticity of any project, we aim to act as a neutral informational resource for end-users.

Tech Deep Dives
Scaling Data: Introducing ORAO, a Next Generation Or...
Contributor: ORAO network goes into the specifics of how oracles can give a larger range of data needs.
By Tobias Lönnell
8mo ago
6m
Tech Deep Dives
Cardano vs Solana: A Quick Overview and Comparison
An overview and comparison of two of the most popular blockchain platforms of 2021. Wondering which one is better? Read more!
By Avyan
3mo ago
4m
Tech Deep Dives
What Is Livepeer?
CoinMarketCap takes a deep dive into a decentralized video streaming infrastructure
By Daniel Phillips
5mo ago
4m
See all articles