How Long Does a Bitcoin Transaction Take?

On the Bitcoin network, the average confirmation time for a BTC payment is about 10 minutes. However, transaction times can vary wildly — and here, we're going to explain why. 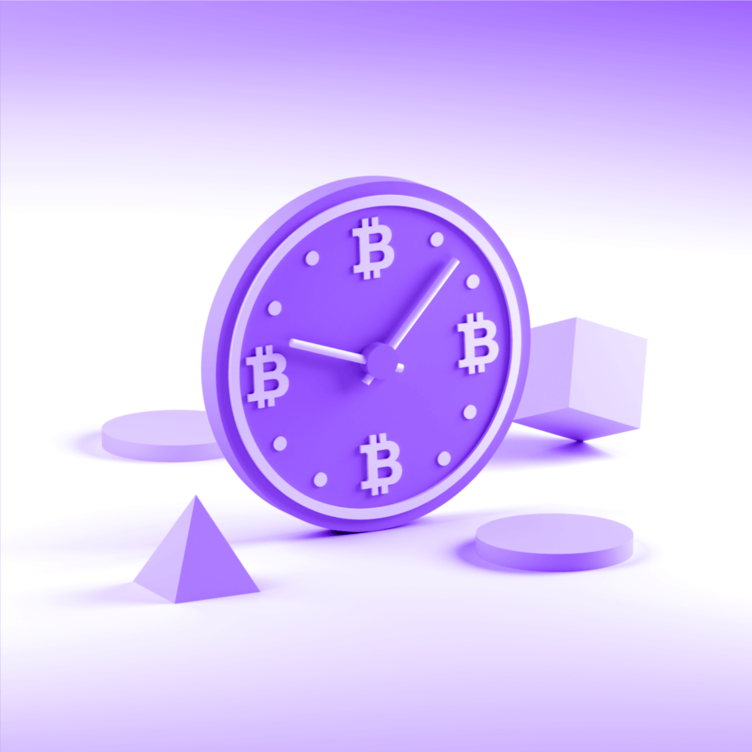 Ahhh blockchain. It's the future of money, you know. But even though cash sent through old-fashioned banks often hit accounts instantly, a Bitcoin transaction can take a *little bit* longer.

How Long Does Bitcoin Take to Send?

On the Bitcoin network, the average confirmation time for a BTC payment is about 10 minutes. However, transaction times can vary wildly.

This is because it is affected by factors such as the total network activity, hashrate and transaction fees. If the Bitcoin network is congested, there will be a backlog of transactions in the mempool.

What Is a Bitcoin Mempool?

Transactions with low fees will often have to “wait” more than one block in the mempool until they are processed and confirmed.

Did you know that you could end up waiting hours before a transaction on the Bitcoin blockchain is completed?
In some ways, using a cryptocurrency is like driving down a freeway. A high number of BTC transactions means there's going to be a lot of congestion, slowing everything down.

Paying bigger Bitcoin transaction fees is a surefire way to jump to the front of the queue and cut wait times. It's the equivalent of passing through traffic with a police escort.

When you are sending Bitcoin, you need to incentivize miners on the blockchain to include your transaction in the next block — especially when the mempool is full. Given how block sizes are fixed at 1MB and there's a limited number of miners, you may end up having to pay a much higher fee to get first-class treatment.

How Many Confirmation Is Needed for Bitcoin Transaction?

How Long Does a Bitcoin Transaction Confirmation Take?

A Bitcoin transaction often goes through several confirmations on the blockchain before it is fully cleared. That's because there's a risk that unconfirmed transactions could be reversed, or the cryptocurrency could be spent twice. A confirmation takes place whenever a new block is created.

If you're transferring a big amount of cryptocurrency to a company, some will require as many as six confirmations. How long would this transaction for the transfer take to confirm? About an hour.

Remember, each time you send a transaction, you are making a transfer (or transfers) and you need to wait until the transfer is “confirmed” by the miners.

How to Check Bitcoin Transaction Time

There are some great tools out there which can give you an estimate of the average time it'll take to complete a BTC transaction or transfer, like Blockchain.com and Statista. You can also get guidance on the transaction fees you should add — often denoted in the form of satoshis (there are 100,000,000 satoshis in one Bitcoin).

If you submit a Bitcoin transaction with lower fees, you have a real risk of upsetting Bitcoin miners. They'll throw a tantrum (or, in reality, will just ignore your lower transaction fees in favor of higher ones) and it's possible your payment will end up languishing in a long list of unconfirmed transactions. However, you shouldn't worry too much, as it will get processed whenever there's a massive lull on the Bitcoin blockchain and miners have nothing else to do.

How to Check if Bitcoin Transaction Is Verified?

How to Speed Up Bitcoin Transaction

The long confirmation time associated with a Bitcoin transaction or transfer gives some BTC enthusiasts sleepless nights. They worry the blockchain won't be able to cope with demand in years to come. (Fun fact: this was one of the main reasons why Bitcoin Cash was created).
Besides increasing your transaction fee to get ahead of the queue, another way to speed up your Bitcoin transaction is to transfer during off-peak periods for avoid congestion. On blockchain.com explorer, the mempool size chart shows when the number of unconfirmed transactions is at its lowest.

Will BTC Transactions Ever Be Faster?

Scaling solutions such as the Lightning Network aim to solve this problem by adding another layer on top of the Bitcoin blockchain to speed things up. It aims to introduce the capability of micropayments that are cheap and fast, solving a major scalability issue of Bitcoin.
Another alternative to Bitcoin fees is to use a different cryptocurrency, such as Ethereum or Litecoin, that are known for faster transactions, aka faster confirmations after transfers. It's fairly easy to transfer Bitcoins to other digital assets on an exchange.

We hope you've enjoyed our FAQ about how long a Bitcoin transaction takes to be confirmed. By following our advice, you'll be out of the Bitcoin mempool in no time.