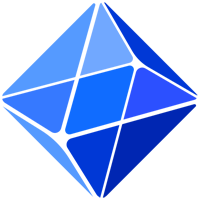 To find out even more about this project, check out our deep dive of League of Kingdoms.

What Is League of Kingdoms (LOKA)?

While the League of Kingdoms’s governance token LOKA allows holders to take part in the decision-making process on the platform, purchase in-game items and profit through staking, the project’s utility token called DST (Dragon Soul Token) is necessary for breeding Dragos, the dragon-like in-game characters.

LOKA token went live in January 2022. According to the official whitepaper the game was launched in July 2021. In 2022 the platform plans to release a proprietary NFT marketplace, a PvP arena and a land reward hub among other new features.

Who Are the Founders of League of Kingdoms?

Chan Lee is the chief executive officer (CEO) and co-founder of NOD Games — a blockchain-based game development company that created League of Kingdoms (LOKA). Chan Lee has a degree in Computer Science from Pohang University of Science and Technology — one of the best higher educational institutions in South Korea. Chan Lee formerly worked as a product designer for Samsung Electronics, held a position of an executive board member at DAYLI financial group — a fintech company, and co-founded NEXTMATCH — the number one dating app service provider in South Korea.

NOD Games’s chief technology officer (CTO) and co-founder Steve Hwang is an experienced programmer and game developer. He was previously a member of the founding team at Gamevil — a mobile game publisher based in Seoul, Republic of Korea and a software engineer at Electronic Arts — a well-known video game company.

What Makes League of Kingdoms Unique?

League of Kingdoms (LOKA) appeals to both crypto enthusiasts and mainstream gamers as it offers a wide variety of in-game content and gameplay modes along with play-to-earn economy. As mentioned in the official whitepaper, the project positions itself as the first 4x (Explore, Expand, Exploit, Exterminate) MMO game built on blockchain.

All the pieces of land in the game are represented as ERC-721 non-fungible tokens (NFTs). The ownership of the tokenized digital real estate provides gamers with an opportunity to farm and monetize resources, acquire dividends from renting out the plots and receive a share of the project’s revenue.

As a sophisticated socio-economical ecosystem League of Kingdoms requires well-thought-out governance to ensure long-term sustainable prosperity. The platform plans to gradually decentralize to DAO to guarantee fair distribution of control and value in the community. Despite being centrally controlled at the early stages of development the game intends to achieve full community-led governance with the advancement of the decision-making process infrastructure on the platform.

Dragos serve as companions to kingdoms and can participate in a variety of gameplay activities. Presented as ERC-721 NFTs on the platform, they will become a foundation for the project’s play-to-earn economy further enhancement. Owning a Drago is a prerequisite for players to be able to earn DST. Both LOKA and DST are required to breed a Drago. DST will also be used to enhance, upgrade, and unlock various in-game utilities.

Check out The Sandbox (SAND) — a blockchain-based virtual world.

How Many LOKA Coins Are There in Circulation?

The total token supply of tokens is 500,000,000 LOKA, and the current circulating supply is set at 46,243,000 LOKA. According to the official sources tokens will be allocated the following way:

How Is the League of Kingdoms Network Secured?

LOKA (League of Kingdoms) is an ERC-20 standard token based on the Ethereum blockchain with a layer 2 solution on the Polygon/Matic network. Polygon/Matic provides cheaper gas fees and increased scalability for the Ethereum transactions.

When Will LOKA Trading Begin?

As of March 2022 LOKA (League of Kingdoms) is trading at around $1.76. The game is currently played in over 210 countries around the globe and its daily active player count has increased from 4000 in July 2021 to 150,000 in March 2022. Considering the current pace of development and the amount of attention already received from fans and media, League of Kingdoms governance token has a fair chance of further price increase.

Where Can You Buy LOKA?

Cryptocurrency newbie? You can read more about how to enter the market and how to buy LOKA or any other token in CoinMarketCap education portal — Alexandria.