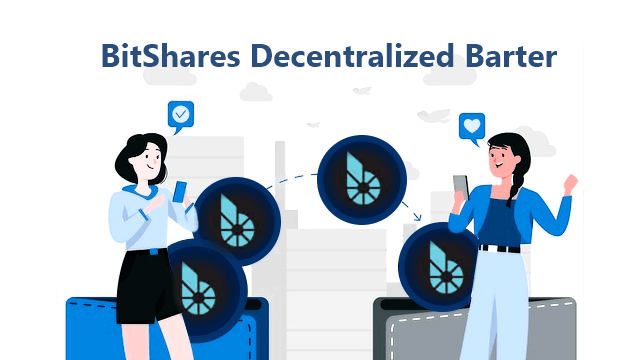 Bitshares Blockchain supports on-chain peer to peer bartering; it was implemented back between 2018-2019 within Bitshares broswer-based ui and showcased to the public in the new features spotlight page.
The Bitshares Blockchain bartering system enables users to suggest asset swaps with other Bitshares Blockchain accounts, this happens outside the order book and can include an escrow.
Want to know more about bartering? Check out its wiki page!

Say someone has an asset on the Bitshares Blockchain that you want, such as an NFT, but it's in their portfolio/inventory not on the open market.

how would you buy it?

If their Bitshares Blockchain account name isn't associated with an user on telegram/matrix/hive, then your only outreach option is to send them a transaction with a memo explaining your desired market trade, with the hopes they read it and decide to place it on the open market.

Alternatively, say two users in an on-chain game decide to trade game items between themselves in an in-game safe zone (like a marketplace), you would use this bartering mechanism to enable peer to peer trading on-chain.

How do you barter on Bitshares Blockchain?

Within the reference Bitshares Blockchain reference wallet, navigate to the spotlight page, then to the barter page, you'll see the following UI:

You need to specify the other participant in the bartering exchange, alongside the trade contents and justification, such as:

So I've been able to propose a peer to peer trade between myself and another Blockchain participant, without a middleman system between us introducing risk.

Now, say part of the bartering exchange includes an activity, like creating content, you can include an escrow participant who will securely hold my payment funds, and upon verifying the creation of the negotiated content will release the barter fund contents to peer 2.

The escrow participant in this example was the bitshares committee, however in an on-chain game this could be set as the auction house auctioneer if within the bounds of a safe zone.

How much does it cost to barter?

As you may have spotted in the above screenshots, the fees for a barter exchange include:

Some observations from the above fee table

How Blockchain based DApps will Revolutionise Your Customer Experience

For every competent business, customers play an integral role in maintaining the sanity of any business.

Bitcoin is the New GOLD | Massive Bull Run in 2023

What is Exzo Network? And this new layer-1 is disrupting the Web3 & blockchain industry.