The Value of End-to-End Encryption

The Value of End-to-End Encryption 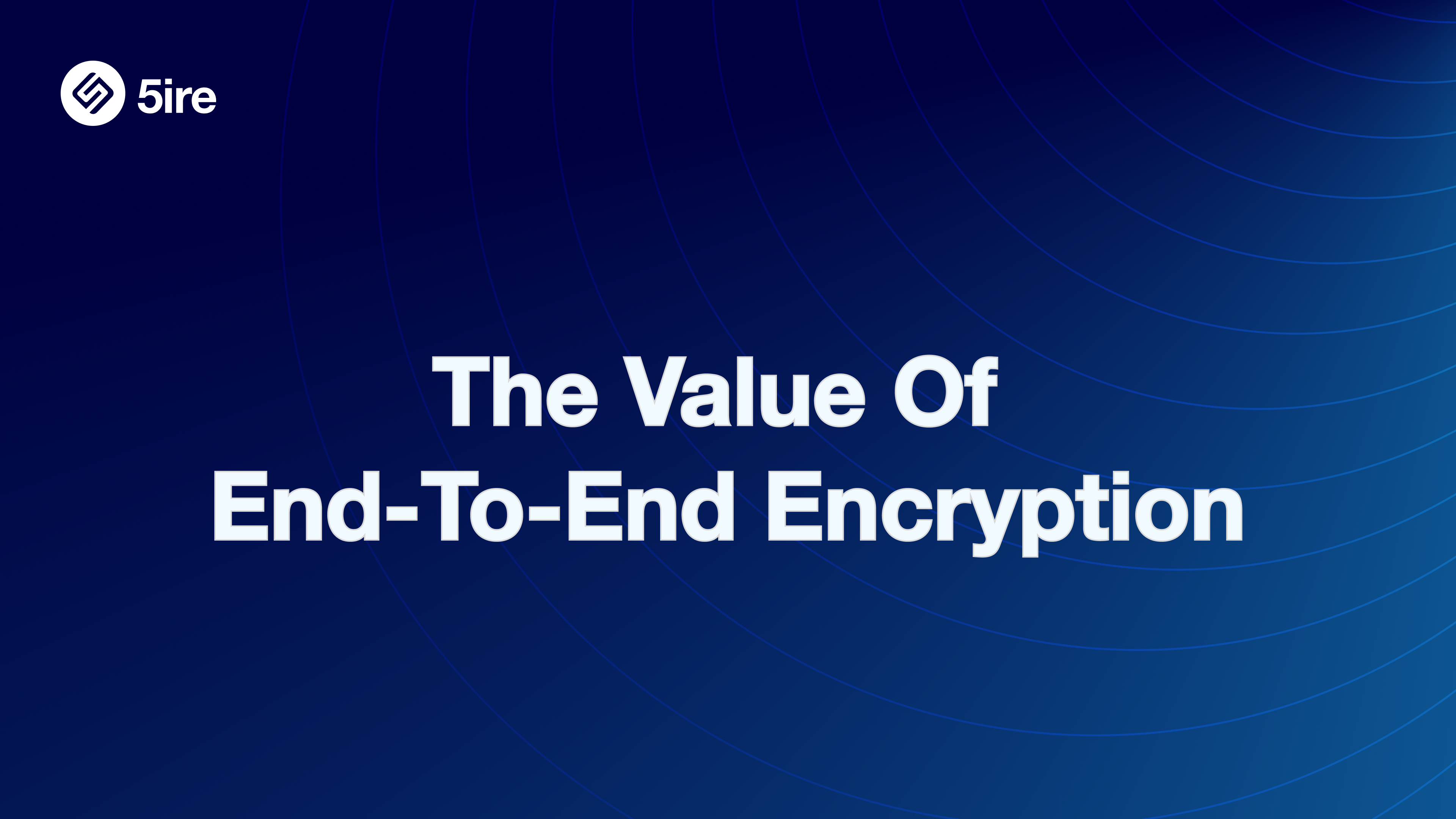 With the prominence of personal information online, there has also been a keen interest in how to best protect private and sensitive information. Data storage is increasingly moving to cloud computing, requiring the transmission of sensitive information back and forth between users and servers, opening up a potentially ripe field for cyber attacks and vulnerabilities. One of the forerunners in data security is end-to-end encryption, a system that protects data by keeping it private along any transmission route.

For example, services like Gmail, Google, or Microsoft give providers copies of the decryption keys, allowing them access to users’ content on its servers, and enabling providers to read users’ email and files. In Google’s case, for example, this possession of decryption keys has allowed targeted advertisements to the Google account holder. Have you noticed that online ads can seem to be a bit too on the nose? Accessing user files and email accounts for some of that. But frankly, it’s a bit creepy.

A well-constructed end-to-end encrypted system disallows this invasive data access because the encryption system doesn’t allow providers access to the decryption keys. So, for people who value their privacy (and are sick of getting flooded with online ads!), end-to-end encryption is an absolute must!

The key element of end-to-end encryption is the creation of a public-private pair of keys. This method, also called asymmetric cryptography, uses separate cryptographic keys to secure and decrypt data.

Public keys are widely distributed and used to encrypt or lock messages. Everyone in the network (e.g., a corporation’s email system) can access the public key. Users encrypt their transmission using the public key and send it to the user who also has that public key. The information, however, can only be decrypted with the correct private key, also called the decryption key. Private keys, however, are only known by the respective owner at each end (the senders and receivers) and are used to decrypt or unlock the information.

Limiting access to sensitive data via robust private keys with end-to-end encryption is a must in today’s world of data transfer and sharing. Future innovations in data security include homomorphic encryption, in which a set of keys used in end-to-end encryption are further shielded by a matching set of encryption, with no agents — not even the sender or receiver — having knowledge of the keys themselves.

More information about 5ireChain can be found by clicking on the following links: