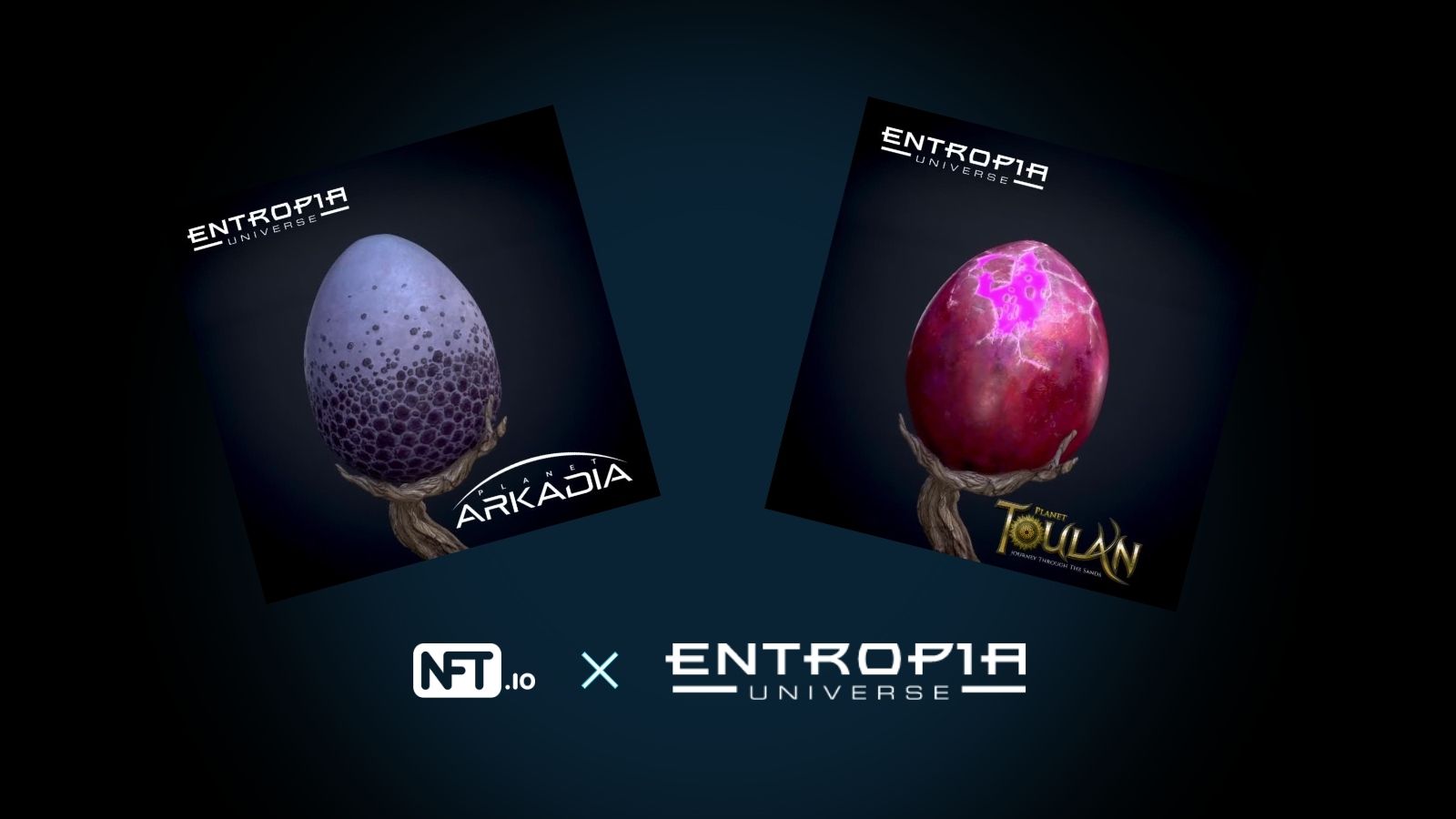 An NFT with special utility -- but only five will be auctioned off.

When you launch an NFT marketplace, you want to do something special.

Enjin is an NFT technology company with strong roots in gaming, and now that the launch of NFT.io is on the horizon, it’s a great opportunity to mark the occasion with the help of one of our larger gaming partners: Entropia Universe.

Entropia is a space-faring MMORPG. You’re in a universe with thousands of other real people at the same time, vying for supremacy over trading lanes and planetary systems. It garnered attention for being a “real money” MMO, in which it was possible to earn real-world currency by participating in the game’s economy.

In the interest of having some Really Cool™ NFTs available on NFT.io on launch, we’ve been talking with Entropia about what we could do that would feel special to users.

So what’d we come up with?

As NFT.io soft launches over the next month or so, we’ll be listing five unique Eggs, forever answering the age-old question of which came first, the chicken or the NFT.

These Eggs represent real planets that Entropia Universe players are populating. Those planets have real economies, and even owners. They can be thought of as mini businesses within the wider business of Entropia.

These rewards will be distributed as Entropia’s in-game currency, PED, once the user’s in-game avatar is set up and connected to their NFT wallet.

That could be you!

The first two eggs, Akradia and Toulan, are up for auction!

Throughout early August, we’ll be staggering the auctions for the rest of the Egg NFTs, so keep an eye on our social media as we announce each new egg-citing auction. There will only ever be five of them, and after they’re auctioned off, you’ll only be able to get one by buying it from an owner!

Upon blockchain integration and conversion to the Unreal Engine, the Eggs will hatch into a unique companion within the Entropia Universe and revenue payouts will be automated through the Ethereum network.The first two to be auctioned are Arkadia and Toulan, the next two will be Next Island and Cyrene, and the final auction will be Calypso.

These will run for roughly 72 hour per auction (keep an eye on our socials for more details), and the initial bidding will start at 1 WETH. Just to be super clear, that's Wrapped ETH, which you'll need to bid.

In addition to Entropia’s exclusive NFTs, we’ll also be launching with some art NFTs like the Degens, and others that artists have started listing during the beta.

You’ll be able to buy, sell and trade, with more advanced features will be coming in the future.

Nearby on the roadmap is Efinity support, which will allow you to bring NFTs onto the Efinity blockchain, giving them a more environmentally friendly and interoperable home.

Next up will be Beam support, which will allow NFT creators and owners to distribute NFTs with QR codes. The creative potential of this is enormous – QR codes can be revealed in an infinite number of unique ways in real life.

That’s just the beginning. We’ll keep adding to NFT.io, and we hope you will too – create some NFTs, list them, sell them, and explore what’s there!

Watch our recent video interview with Entropia to get more details on all that's to come.

To celebrate the first utility collection on NFT.io, we’re up to our old tricks — and that means free NFTs! 🎁