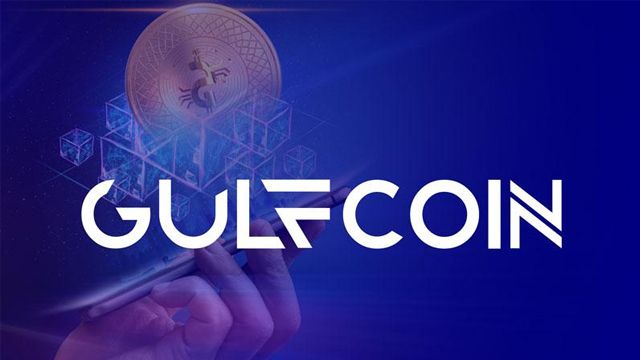 Among the perks of blockchain, the world is learning how coins can help people join a financial revolution. This aspect is particularly relevant for all the users who generally have no access to the banking and payment system.

Today, our review will talk about Gulfcoin, a new project aiming to penetrate the market. Through the launch of a comprehensive product ecosystem, the team certainly has high ambitions.

As its founders explain, GulfCoin has the purpose of benefiting the general public. The team will target, in particular, those who are economically underprivileged.

Overall, GulfCoin wants to accelerate digital transformation and ensure the security of digital financial services. Ideally, the project would like to bring the ideas of “digital revolution” and “financial inclusion” to a large audience.

The GulfCoin ecosystem consists mainly of five products. The following subsections will provide the readers with more details on their relevant features.

GULF Cash will be an electronic payment gateway aiming to be safe, quick, and user-friendly. The product will rely on the native token of the initiative, and the team hopes to reach e-commerce stores globally.

As the team puts it, GULF Cash should help users address the most pressing issues of dealing with traditional banking institutions.

As we all know, a blockchain is a system acting as a decentralized ledger in a peer-to-peer (P2P) network. Thanks to a proprietary chain system, the project will be able to operate daily in a decentralized manner.

The team promises a reduction in transaction risk and costs following the launch of this blockchain.

Due to the enormous success of non-fungible tokens (NFTs) in 2021, the team decided to join this market niche.

Developers will launch a GULF NFT website and marketplace, where users will be able to spend Gulfcoin. Specifically, collectors will exchange and mint NFTs and push the adoption of this technology even further.

Another major trend we observed in 2021 in the blockchain industry was the Play-to-Earn (P2E) market. In this context, users play online and earn cryptocurrencies as an in-game reward.

Gulfcoin’s team plans to launch a new P2E game once the market quote of their Coin begins to rise. This bullish trend can make in-game rewards more appealing to gamers.

Going on with the developments, the team plans to launch its crypto exchange platform. On the portal, users will be able to exchange GulfCoin and other popular coins.

The founders promise to take into serious consideration all the issues of existing exchange platforms before launching the product.

What Do We Know About the Project’s Tokenomics?

The team also unveiled several details on the tokenomics of the project. The following subsections will summarize the information we have on the matter.

The founders have designed the following distribution strategy for their BSC-based token:

The team is keeping a 5-year time horizon in its plans. On a total supply of 10 billion tokens, the founders will launch 40% of them in 2022. The remaining 60% will help the team complete future milestones over the following years.

As already mentioned, the team will allocate 10% of the tokens in the pre-sale and burn the same amount. In other words, each time a trader buys one GulfCoin in the presale, the team will burn another coin.

Those who are familiar with the concept of deflationary tokens will easily understand the purpose of burning tokens. To put it simply, crypto teams can remove a part of the tokens from the market to induce deflation in the system.

Just like with fiat currencies, deflation technically enhances the value of a token. Gulfcoin plans to sustain the price floor on the market through this mechanism. The presale operation started on the 15th of March.

The Roadmap of the Project

The team has shared a rather detailed roadmap of its developments with the public. Let us look at the main milestones of the three project phases below.

The founders have completed a large initial phase, a fundamental step to launching the GulfCoin initiative. This part of the plan included several milestones, among which we can mention:

The team currently finds itself in this phase, with the imminent launch of the Coin presale operation (lasting three months). The founders expect to lock away their liquidity, and they have already obtained audit and KYC certifications.

Apart from what we have mentioned above, the following are other important milestones of this phase:

The last phase, which will probably be the longest one, features the most ambitious milestones of the project. To give our readers an overview, here are only a few of them:

The ambitions of GulfCoin’s team are exceptionally high, especially considering its long-term plans. The token presale has already reached its soft cap, and the market will see the effects of the burning strategy we described above.

Anyone wishing to keep in touch with GulfCoin can visit its official website and the team’s social media channels.

Functions and purposes of the STEMX token

Pylon Eco Token is listed on the crypto exchange !

Pylon Eco Token is listed on the crypto exchange !

We are one of the Top Gainers on CoinMarketCap and Coingecko ! APRIL 11, 2022