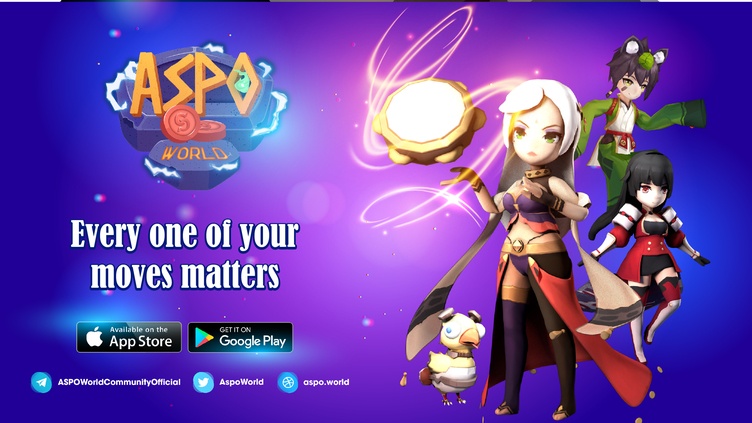 ASPO World is a card and tactics-based NFT game built and developed on the blockchain platform by a team of talented developers with many years of experience in the field of game and technology. Coming to ASPO World, players can fully interact with each other in a large virtual world by participating in matches, completing quests and receiving for themselves rare items as well as ASPO tokens.

Unlike today's NFT games on the market, ASPO World pays great attention to its gameplay, sounds as well as graphics. To be able to defeat other opponents and get closer to the throne of the Sorcerer King, ASPO World requires players to equip themselves with high tactical thinking and massive understanding of spirits’ skill sets.

Specifically, ASPO World has a diverse system of main characters and spirits, helping players to freely choose and arrange appropriate tactics for each match. Choosing a reasonable attack target, prioritizing moves as well as how to map characters in the game and how to arrange the squad are all decisive factors for players to take victories in bloodbath battles. Besides, with spirits of different qualities ranging from common (green), rare (blue), elite (purple), ascension (orange) and legendary (red), players must be even more vigilant if they don't want to be a loser. ASPO World, in every sense, does not simply stop at a game that just helps players earn, but also fully meets the play-for-fun factor, bringing moments of true entertainment for the gaming community. ASPO World – where victory or defeat is decided by skill.

Read more about how Splinterlands is adding utility to Splintershards in 2022.

a year ago
•
6 mins read
See all articles