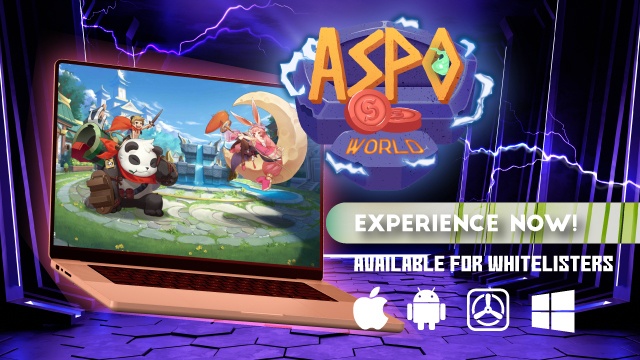 ASPO World is known as a tactics-based game built and developed based on the famous anime series Shaman King. With an interesting 3D Japanese Chibi-style character system, the game has built trust and attracted a large number of community members across different social platforms, although an official release date has not been determined.

However, according to the plans on the previously announced Roadmap, on December 28, 2021, ASPO World officially launched their first beta test on Android, iOS and PCs with a limited number of users who’ve made it into the Whitelist. Coming to the ASPO World beta test, players will be free to choose and transform into one of 3 main groups of characters: Fighter, Hunter and Witch and start their own adventure to find the throne of the Sorcerer King. By becoming one of the first pioneers to have the opportunity to experience the game at the earliest, the whitelisted users can get acquainted with the operations in the game and fully use the features, items as well as diverse character system of ASPO World. Being able to experience the spirits in the game early to find the right lineup for their playing style gives players a strong competitive advantage over the rest of the players who don't have the opportunity to experience this test. Besides, beta test is also a very good opportunity for gamers to find out the errors of the game and comment on unsatisfactory points to help the game be more complete in the official version.

In particular, for players who are relatively new to the NFT game genre, the beta test helps new gamers get used to the play-to-earn mechanism, helping them to remove the barrier of knowledge and have a more comprehensive view of the game they are about to invest in, thereby developing their own tactical thinking to make it easier to defeat other opponents in PvPs.

In response to the enthusiastic support of beta test players, ASPO World is planning to reward the players who top the rankings as a gift to thank the gaming community for their dedication and patience to ASPO World project over the past months.

If you are not lucky enough to be whitelist this time, please feel free to send your thoughts and suggestions for the game to khangnguyen@aspo.world.

Read more about how Splinterlands is adding utility to Splintershards in 2022.

a year ago
•
2 mins read
See all articles