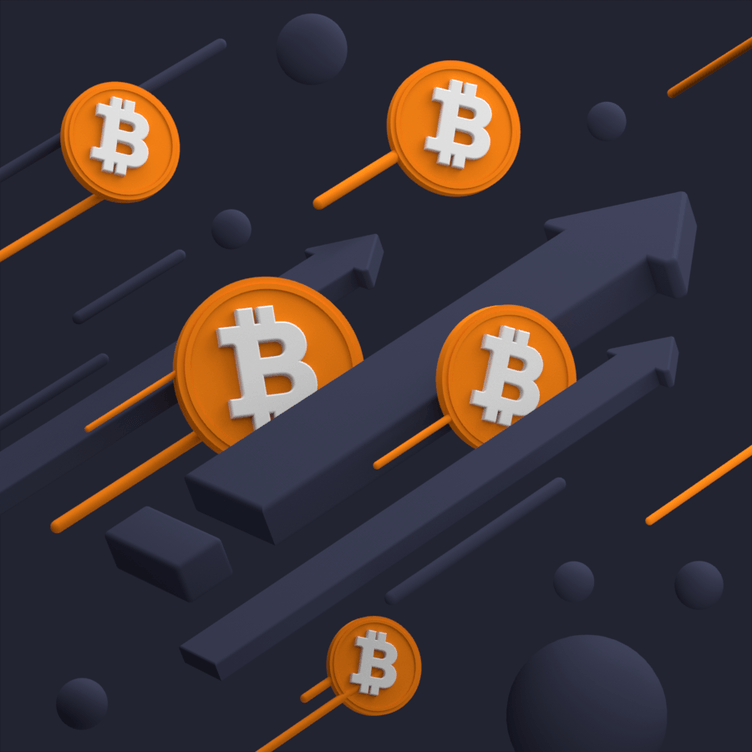 Bitcoin hit a new all-time high last night, after reaching $68,500 for the first time in history and gaining over 3% in value over the last 24 hours.

The previous ATH had only occurred three weeks ago when Bitcoin hit $66,878, in the wake of the first ETF news that put Bitcoin in the spotlight once again.

On Oct. 19, 2021, the ProShares Bitcoin Strategy became the first Bitcoin-linked exchange-traded fund for U.S. investors to debut at the NYSE (New York Stock Exchange). The ETF tracks down Bitcoin futures, and in the first few hours alone after its launch, it generated more than $1.2 billion in volume.

The ETF-derived newly injected Bitcoin funds may be one of the main catalysts of this latest rise. However, many cryptocurrency experts and traders expected this upward move as significant Bitcoin chart indicators have signaled a new important run until Christmas and possibly beyond for months.

Popular Bitcoin analyst PlanB has predicted Bitcoin would reach $98K by the end of November and a high of $135K in December. He had also rightly predicted $43K in September and >$61K monthly close in October. Using a stock-to-flow model, he confirmed his reputation for delivering accurate predictions.

One year ago, Bitcoin was trading at around $11,500 per coin, a rise of roughly 500% mirrored in the current prices.

A recent Forbes article mentioned that Bitcoin is breaking out of a consolidation pattern, and most indicators are leading to an upward movement. The setup appears to be quite bullish, and the fundamentals are further supporting this positive phase. It looks like the next short-term target could be $70K.

This new rally should not come as a surprise. The last few weeks have been prolific with good news about Bitcoin and the whole cryptocurrency market. With the recent steps ahead in adopting NFTs and the open metaverse, the cryptocurrency space has never been more attractive to investors and financial institutions.

The popularity of NFTs and the metaverse, accelerated by the recent Facebook endorsement and active participation in the ecosystem, has undoubtedly favored the new all-time high for Ethereum as well. The second most popular cryptocurrency reached $4,837 for the first time only a couple of hours after Bitcoin hit its high.
The entire cryptocurrency market is experiencing a healthy and promising state while hovering around the three trillion dollar market cap.

What Is Triggering This Bitcoin Rally?

The U.S. consumer price index (CPI), a benchmark rate that investors use to determine inflation in the country, has reached a 30-year high of 6.2%, as the Labor Department released in today's CPI report. Core inflation, which does not include food and energy, rose at a rate of 4.6%, the highest since August 1991.

This comes on the back of Federal Reserve Chairman Jerome Powell's multiple reassurance that the inflation threat is "transitionary," and could trigger the sooner-than-expected rate hikes and tapering of asset purchases by the Fed. The rising inflation expectations has led investors to a flight to "store-of-value" assets like gold and Bitcoin, with the crypto market rallying and gold prices hitting a five-month high. The rise in Bitcoin price could be attributed its appeal as a hedge against rising asset prices to investors.

Bitcoin has sustained a strong recovery in the aftermath of the China miners' crisis.

In May, the top cryptocurrency was hit hard by a new ban China imposed on Bitcoin mining. In an attempt to discredit Bitcoin in favor of its centralized digital currency (CBDC), The country kicked thousands of businesses out of its land and said goodbye to billions of dollars generated by the industry.

Claiming environmental reasons behind the move due to the enormous amount of energy consumption generated by Bitcoin mining, China pushed the industry towards other countries, including Kazakhstan (with 18% of Chinese miners relocated here) and Russia (11%). North America is the top region where Bitcoin miners relocated, with the latest data in August suggesting 35.4% of the entire industry is now US-based.

At its peak in Sept 2019, China accounted for over three-quarters of all Bitcoin mining. The Asian country’s crackdown initially pointed to a 38% fall in mining globally, CBECI (Cambridge Bitcoin Energy Consumption Index) said. The fall inevitably led to a drop in hashrate in July, with a low of 68 hashes per second (68E), the lowest level since Aug. 2019.

The price of Bitcoin appears to be linked somehow to hashrate movements because hashrate reflects the volume of on-chain activity. Higher hashrates suggest that more power is put into mining due to greater demand for the cryptocurrency.

In July, Bitcoin price took a significant hit and dropped to $29,800, sparking fears that the bull market might have already been over for this cycle. Instead, that fall appeared to have been directly caused by the China crisis. It was inevitable that once relocated elsewhere, Bitcoin miners would have brought the production of the cryptocurrency back to its standards, also reflected in the current price. The hashrate is not back to its previous high of 179E before the China crisis, but it’s very close. Once again, Bitcoin seems to have come out of a troublesome period more robust than ever.

The Bitcoin surge could also be related to some technical fundamentals with the full implementation of Taproot, the most crucial upgrade since SegWit, due some time in November.
First proposed by Bitcoin Core contributor Greg Maxwell in 2018, the Taproot upgrade is supposed to improve Bitcoin privacy, scalability, and efficiency by deploying smart contracts on the bitcoin blockchain.

The upgrade is underestimated by the collectivity, with most people unaware the upgrade is even an event. However, the adoption of smart contracts will mark a milestone in Bitcoin history as it will reinforce its competition with Ethereum by enabling a new range of functionalities.

Schnorr Signatures included in the upgrade will result in a lighter blockchain load of Bitcoin transactions, reducing the amount of information by key aggregation of signatures. The new process will allow saving precious space in each block for more transactions while lowering transaction costs at the same time.

While many criticize Bitcoin for being old tech and believe other blockchains will replace it, the cryptocurrency keeps delivering significant development advances and holding its position tightly on top as a proper giant.