What Is Frax Finance? Features, Tokenomics and Price Prediction 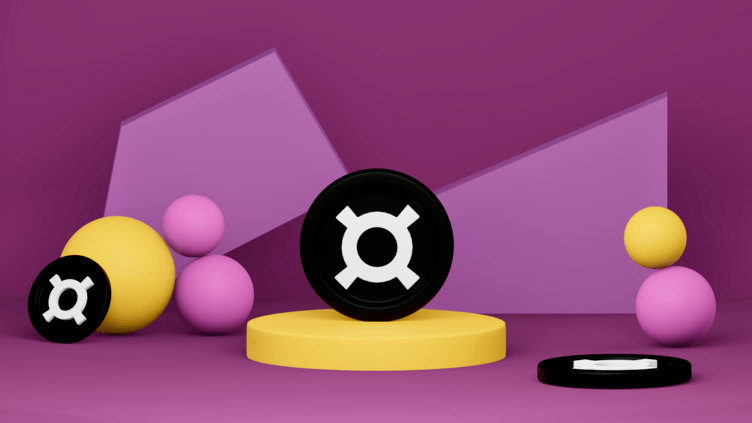 Frax Finance (FRAX) is an algorithmic stablecoin partially backed by collateral. FRAX combines collateralization with an algorithm to establish a collateral ratio, which varies with time. This collateral ratio defines what ratio of collateral backs 1 FRAX to $1. FRAX is backed in part by USDC, the second-largest stablecoin by market capitalization, and in part by its FXS governance token.
FRAX functions in a similar way to how TerraUSD (UST) is backed by Terra (LUNA). FXS benefits from seigniorage when minting FRAX. Seigniorage is the difference between producing one unit of FRAX (defined by the collateral ratio) and the cost of minting the FXS to back its share of the collateral ratio.
Since FXS can be minted at virtually no cost, it accrues value over time with an expansion in the market capitalization of FRAX. A very similar mechanism led to a surge in the price of LUNA as the collateral for UST.
The FXS token also enables token holders to participate in governance and staking. Token holders can, for example, adjust rules of existing collateral pools, add new asset types to the protocol, or add new pools. They could also change the bonus fee that is paid to incentivize arbitrageurs to bring the price of FRAX back in line when the peg is broken. Users can earn FXS as liquidity providers to the Frax Finance Uniswap pools.
The Frax Protocol is multi-chain, meaning users can bridge canonical (native) FXS/FRAX or bridged FXS/FRAX to use on chains like Fantom, Avalanche, Polygon, BSC, Harmony and Moonriver.
Subscribe

How Does Frax Finance Work?

Frax Finance deals with the problem of the capital efficiency of stablecoins. Traditional collateral-backed stablecoins like USDT are not decentralized and an easy target for regulators. On the other hand, overcollateralized stables like DAI have proven to be stable but are hard to scale because they are capital-inefficient ($150 in collateral needed to mint 100 DAI).
FRAX works with a dual-token model utilizing USDC and its FXS governance token to partially back its stablecoin with a variable collateral ratio. The stability of FRAX relies on the correct incentivization of arbitrageurs. If FRAX breaks its peg to either side (up or down), it should quickly be restored because of the following incentive mechanisms:
The collateral ratio of FRAX determines how much of the FRAX supply is backed by stablecoin collateral and how much by FXS. Say FRAX is priced below $1, the collateral ratio of Frax Finance has lost trust and needs to improve. This triggers recollateralization, meaning new FXS are minted and offered at a discount to USDC (0.2% at the moment). This mechanism improves the collateral ratio and triggers buying pressure on FRAX.

If, on the other hand, FRAX exceeds its peg, new FRAX can be minted and used to buy and burn FXS. For example, at a collateral ratio of 84% (0.84 USDC for 1 FRAX), the protocol can mint $1.19 for each $1 surplus collateral ($1 divided by 0.84 USDC = $1.19). The surplus collateral is the amount of the dollar equivalent of FRAX that can be sold on the open market to bring FRAX back down to $1.

Furthermore, if you purchase FRAX, you are not entitled to the same ratio of collateral that you initially deposited. Say you deposited $80 worth of USDC and $20 worth of FXS to mint 100 FRAX (80% collateral ratio). You may receive a different proportion of assets if the ratio changes and you want to redeem your FRAX.

Frax Finance employs the vote-escrowed vesting system popularized by Curve Finance. Token holders can stake their FXS and receive veFXS in return, representing their share of the staked FXS and their voting power in governance proposals. The longer the lockup period for FXS, the higher the farming boost users receive to stake their tokens. This incentivizes longer staking and a lower ratio of FXS in circulation. The veFXS balance decreases linearly towards the expiry date to incentivize staking.

Frax Finance is built on several core mechanics, such as:

These mechanics are summarized as AMO that ensure the stability and viability of Frax Finance. Other AMO include:

Despite its novel and fairly untested dual-token model, FRAX has been trading within a stable 250 basis points band for almost its entire duration. This sets it apart from comparable projects like Iron Finance and Empty Set Dollar, which tried (and failed) to achieve a stable peg with an algorithmic stablecoin design.

Another key aspect of FRAX is seigniorage revenue to its FXS governance token. The buyback and recollateralization mechanism aims to keep FRAX trading within a tight price band (thus far successfully) and funnels value back to FXS holders.

Frax Finance uses FXS as its utility and governance token. The tokenomics are as follow: total supply of 100 million FXS, and token distribution of FXS allocated to:

FRAX has thus far been a successful experiment in the growing stablecoin market. Its absolute and relative share of the stablecoin market capitalization has been growing, although the protocol has seen the market cap of FRAX stagnate in the first quarter of 2022. While not as successful as its closest competitor — UST, FRAX has traded within a tight price band, backed up by sound economic design.

If FRAX can continue to forge partnerships with other protocols that expand its application as collateral in decentralized finance, its market capitalization will continue to grow. As a result, the price of the underlying FXS token would grow as well. Provided the Frax Finance community soundly manages its treasury, FXS may very well see a return to all-time highs in the future.

Altcoins
Just Five Altcoins in the Top 100 Are Up Right Now… Which Ones?
It's important to stress that this article shouldn't be regarded as investment advice. The markets are extremely turbulent right now, and things can change in the blink of an eye.
Oleh Connor Sephton
3 months ago
2m
Altcoins
Voyager Rejects 'Low-Ball' Bid From FTX — But Sam Bankman-Fried Fires Back
The embattled crypto lender says SBF's deal is bad for its users, but the billionaire disagrees.
Oleh Connor Sephton
3 weeks ago
4m
Tech Deep Dives
Oracles: The All-Seeing Eyes That Guide Crypto Networks
Contributor: Smart contracts are hungry for data. Some can be executed with on-chain data, but others need to be fed reliable data sources from outside of their network. This is where an oracle com...
Oleh DIA
1 year ago
5m
See all articles