What’s Behind the Hype of NBA Top Shot NFTs?
Table of Contents
What Is NBA Top Shot?
What Are NBA Top Shot Packs?
What Are Top Shot Moments?
Resale in the Top Shot marketplace
Is This Investing, Speculating, or Gambling?
Crypto Basics

What’s Behind the Hype of NBA Top Shot NFTs?

The market for collectibles and sports has a storied history. Learn about its newest chapter in the digital age with basketball, NFTs, and videos of our favorite players. 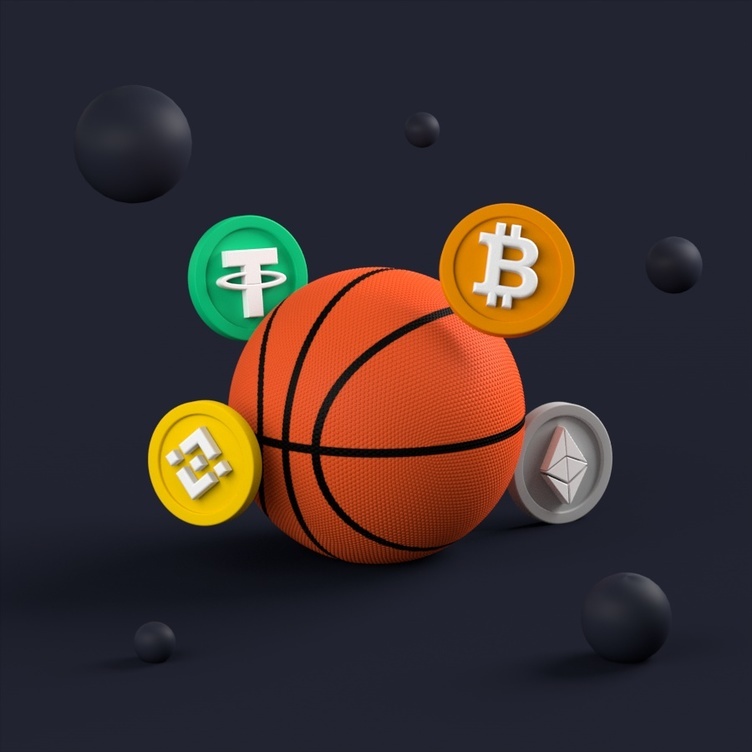 NBA Top Shot is the latest blockchain trend that has captured the imagination and attention of crypto die-hards and sports fans alike.
The platform, which was launched by Dapper Labs in partnership with the NBA in 2019, produces and sells video clips of basketball highlights in the form of non-fungible tokens (NFTs). While this may seem to be an obscure concept, the platform has by now generated over $230 million in gross sales since its inception.
In February 2021, a clip of Los Angeles Lakers player LeBron James emulating a famous reverse-slam dunk by the late Kobe Bryant sold for $387,600. There are only 59 tokens minted for that particular highlight and the buyer purchased number 3/59. The sale broke the NBA Top Shot record for the most expensive moment ever purchased. And yet, if you’ve been living under a rock in 2021 or you don’t care much for basketball, you may be asking – what is NBA Top Shot and why on earth would a sports clip sell for so much?

What Is NBA Top Shot?

NBA Top Shot is a blockchain-based platform that enables users to buy, sell and trade officially licensed basketball video highlights that are encapsulated in an NFT.

NFTs are not all that new a technology – at least, in the context of a fast-paced industry. They began their lifespan with the advent of colored coins back in 2012, yet the technology only really started gaining traction recently, due, in part, to a number of celebrities engaging with it. In March 2021, Twitter founder Jack Dorsey sold his first tweet as an NFT for $2.9 million.
An NFT, as its name suggests, is non-fungible, which means that one NFT cannot be traded or exchanged for another NFT, as each token is unique and therefore has a different value. It is therefore distinct from its fungible counterparts, whether they come in the form of crypto or fiat currency. Whereas one dollar can be exchanged for another dollar and one Bitcoin can be exchanged for another – due to each unit having the same value – NFTs are not interchangeable.
NFTs are facilitated through smart contract certificates, and are most often transacted as digital assets developed on Ethereum’s  ERC-721 and ERC-1155 protocol standards. Ethereum was the first blockchain to issue and store NFTs but other blockchains have now started to support the technology as well, such as Flow and Tezos. Each NFT’s unique attributes are authenticated and stored through each token’s cryptographic code, which makes them an ideal form for safeguarding ownership of unique items – whether they be artwork, music tracks, or even sports highlights – as with NBA Top Shots.

When you purchase an NBA Top Shot Moment NFT, you receive:

What Are NBA Top Shot Packs?

Users of the NBA Top Shot platform can purchase NBA Top Shot packs during so-called “drops.” These drops are scheduled at set (but random) times and offer the packs at price points that range from a few to thousands of dollars, depending on whether the included tokens are classified as part of the common, rare, or legendary tier on the official NBA Top Shot platform.

Sales of packs are conducted on a first-come-first-serve basis. When packs go live for purchase on the platform, users are placed in a queue. Packs usually sell out quite quickly and once they do, users will only be able to purchase them later on a peer-to-peer (P2P) basis on the marketplace. In order not to miss out, you need to keep an eye on the packs page on the NBA Top Shot official site.

Although NFT clips (dubbed “moments”) of famous players and legendary plays are generally worth more, more humdrum moments can be worth a lot too. Pay attention to the serial number on the pack, as the lower the number, the more valuable it is. If the moment you own is #1, it will be worth more than other copies of the same moment simply because it’s the first of its kind.

What Are Top Shot Moments?

You could think of a highlight as a trading card, yet instead of owning a physical item (i.e. a piece of cardboard with a player and some stats printed on it), it takes the form of a digital asset that you collect and keep in a digital wallet.

The highlights, which are more commonly called “moments,” differ in value depending on different factors. Usually, the better the player and the rarer (i.e. the fewer NFTs of that moment exist), the higher the moment’s price.

Unlike packs, which can only be purchased on the official NBA Top Shots platform, moments can be bought and sold by users on the marketplace. Moments are originally part of opened packs. As packs usually sell out really quickly, purchasing moments second-hand is sometimes the only way of getting your hands on a moment: many investors find they are too late to participate in most Top Shot packs live sales.

Resale in the Top Shot marketplace

Once you have purchased a moment or pack, you can choose to showcase it on the platform for other users to admire and covet, or you can place it on the marketplace for sale. You can decide on the price you are willing to sell the highlight for. Always remember that what people will be willing to pay usually depends on the player’s fame, the rarity of the moment, and the quality of the highlight.

Is This Investing, Speculating, or Gambling?

A platform where millions of dollars change hands over virtual playing cards may seem like an absurd reality, yet for some people, trading on NBA Top Shot is their livelihood.

The platform is an open market, which means people can use it in any way they like – whether that’s as a viable income source, to pocket long-term investments, or as a daily trading platform.

In this way, NBA Top Shots has taken the idea of traditional collectible assets and transformed them into an instantaneous and accessible form for a global user base. The platform has attracted people from all walks of life, including basketball fans, crypto enthusiasts and cross-platform traders, who each participate in the ecosystem in different ways.

The jury is still out as to the longevity of this platform and the long term profitability of investing in its NFTs – for now, it’s up to you whether and how you want to engage with the excitement and buzz that undeniably surrounds them.

Crypto Basics
Custodial vs Non-Custodial Wallets
A deep dive into the key differences that separate custodial vs non-custodial wallets.
By Hassan Shafiq
1mo ago
5m
Crypto Basics
What Is the Best Crypto App in Russia?
CoinMarketCap takes a look at some of the best cryptocurrency apps in Russia.
By Andrey Sergeenkov
1yr ago
5m
Crypto Basics
3 Minute Tips: The Truth About Launchpads
Not all launchpads are built equal. The quickest guide to investing in new and potential launchpad projects.
By Daniel Phillips
1yr ago
4m
See all articles