What Is ASIC Mining?

Mining cryptocurrency may seem like an easy way to make a quick crypto — here, we explain the intricacies of ASIC mining. 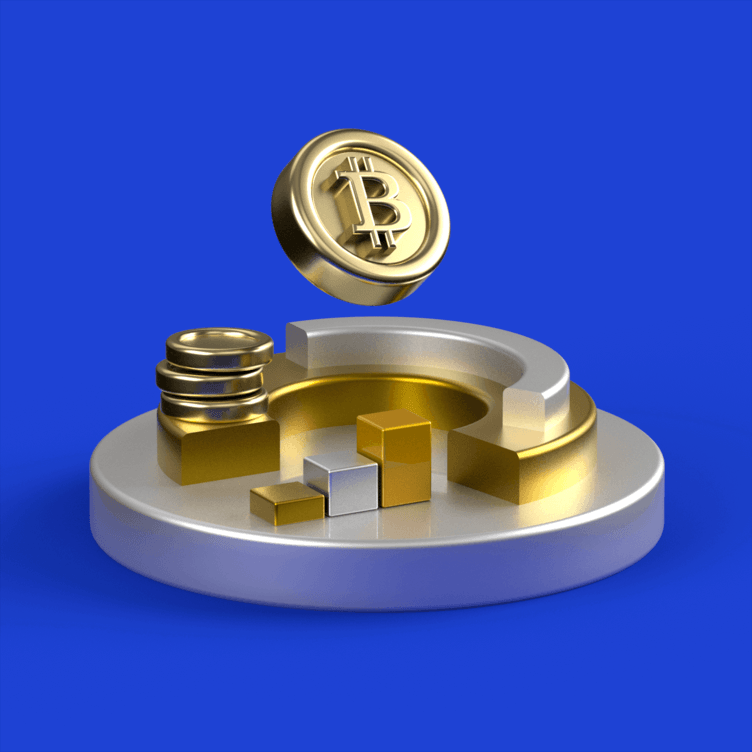 In Bitcoin's very early days at the beginning of the 2010s, any cypherpunk with a half-decent computer CPU had ample processing power to mine and earn thousands of BTC as block rewards in no time. However, as more users got into the game, BTC mining difficulty increased and a mining arms race kicked off in earnest. The math was simple, whoever garnered the most hash power would get the Bitcoin.
This eventually led to the creation of powerful mining rigs requiring more robust mining devices known as application specific integrated circuits (ASICs).

For the original class of Bitcoin miners, ASIC miner machines quickly became a curse word as it gave companies and individuals with deeper pockets an insurmountable advantage when it came to mining BTC. As time progressed, it soon became clear that there was no way for even the best gaming rig to compete with a dedicated ASIC device that’s geared for one purpose and one purpose only — mining as much crypto as possible.

The Antminer S9, released in May 2016, was the leader in mining during Bitcoin’s 2017 bull run and helped Bitmain’s value reach billions of dollars. Unfortunately, Bitmain has seen a power struggle in recent years between co-founders Jihan Wu, the Bitcoin Cash advocate, and Micree Zhan, which has adversely impacted the company. In January 2021, Wu announced that he would be leaving the company as CEO and chairman after reaching an amicable settlement with Zhan. After failing in its quest for an IPO in 2018 in Hong Kong, Bitmain is rumored to be gearing up for another attempt in 2021.
Other mining startups like Canaan, Bitfury and KnCMiner also thrive. And in 2018, Halong Mining made a stab at the monopoly of Antminer through its Dragonmint T1 ASIC-based blockchain mining device.This leveled the playing field just a little bit.

ASIC mining is essentially the process of mining cryptocurrencies like Bitcoin using ASIC rigs. An ASIC miner is a piece of equipment that is purposely-built solely for mining. Unlike other types of mining devices, ASICs can only be used to mine cryptos and nothing else.
Mining is an activity that is required by a proof-of-work (PoW) blockchain to carry out its operations. It involves making complex calculations to solve a mathematical puzzle, which miners compete in order to earn a block reward.
Bitcoin’s anonymous creator, Satoshi Nakamoto, envisioned a scenario of increased Bitcoin mining difficulty when more mining devices plug into the network. With the growing number of powerful mining devices, miners are incentivized to invest in ASIC hardware to give them the highest chance of successfully mining a block.
Note that each ASIC device is designed to mine a particular coin (or rather, a particular algorithm). For example, a Bitcoin ASIC miner can only mine BTC, while a Litecoin ASIC miner only interfaces with the LTC blockchain. This is because each digital currency has its own cryptographic hash algorithm, which ASIC devices are intended to match. Bitcoin, for instance, uses the SHA-256, while Litecoin uses Scrypt.

Yes, Bitcoin mining is profitable, but it’s a little more nuanced. In the early days, things were simple. Standard CPUs handled BTC mining, and the rewards were 50 BTC for every successfully mined block. Today, the cost of running a BTC miner is higher while the rewards (amount of BTC) are lower, with current block rewards only 6.25 BTC following the 2020 Bitcoin halving. Furthermore, mining Bitcoin with CPUs has not been profitable for a long time.

However, while the block rewards were higher back then, the prices were also substantially lower compared to today. This makes ASIC mining not only a worthwhile endeavor, but also a reasonably profitable venture.

The tricky bit is that you have to consider so many metrics before diving into the space, the most pertinent of which are electricity cost and the Antminer price.

What is an Antminer?

Antminers are ASIC mining hardware that was launched by Bitmain. The series was launched in 2013 specifically for mining cryptocurrencies, and has since become a household name in the bitcoin and blockchain mining industry. Starting from the S1 series, Antminer has grew and evolved alongside the blockchain mining industry, providing enhanced hash rates and power efficiency. Currently, the latest series is the S19, S19 pro and T19.

The Antminer price is determined by, among other things, its model and hash rate, which is a measure of its computing power. The higher the better, but also the more expensive.

Later in this article, we’ll look at how to calculate an ASIC's mining profitability by factoring in the hash rate, Antminer price and electricity cost.

ASIC mining may be more costly than all other mining schemes in terms of hardware, but it has some key benefits. For example:

Top on the list is the leading cryptocurrency, Bitcoin. Its phenomenal price increase per coin over the past few years boosts its profitability. Despite the reward to miners being cut in half every four years, the price has consistently increased after a certain period of time with each halving, making it even more profitable, and as a PoW-powered platform, all mining rewards go to miners.

For those looking to mine something different — like perhaps a blockchain with a lower mining difficulty than BTC — then LTC is a good bet. Although it's a PoW protocol, it differs from Bitcoin in terms of hashing algorithms, since LTC uses Scrypt. As such, it needs unique ASIC Litecoin miners.

Miners that handle the Scrypt-based cryptocurrencies include the most popular Antminer L3++ with a hash rate of 596 MG/s (mega hashes per second) or the Innosilicon A4+ with 620 MG/s. In addition, the Innosilicon A6 LTCMaster, with a speed of up to 1.2 Giga hashes per second (GH/s) is a worthwhile investment, although it may come at a higher cost.

You may probably think it's not worth it to mine ETH, since the network is shifting to a proof-of-stake (PoS) system. To some extent, you may be right. However, Ethereum still supports PoW and is likely to do so for a certain period of time since Ethereum 2.0, its PoS upgrade, is a multi-year undertaking.

Besides, ASIC Ethereum miners are not as costly as Bitcoin's. Therefore, you have a chance to make easy money from mining the less competitive second-largest cryptocurrency. After all, its decreasing hash rate is ideal for new miners using ASIC devices.

How to Mine Bitcoin/Litecoin/Ethereum With an ASIC

Let's take Bitcoin for example. Although ASICs have plug-and-mine capabilities, it's a bit more complicated than simply purchasing hardware and plugging it in. Since it is a business, things like planning for profitably must come into play. Luckily, you can use a Bitcoin mining profitability calculator to estimate the ROI margin before you even step out to shop for those ASICs.

A calculator considers crucial metrics such as your mining rig's hash rate, the current BTC price, the rig's power consumption and electricity costs. It'll then show you the profitability per day, month, and year.
CryptoCompare offers a reliable mining profitability calculator. First, you need to follow the steps below to know your hash rate, power consumption, cost per KWh, pool fee, etc. Then click here and input your variables (see step 4).

With Bitmain's Antminer devices widely used in the market, it's good to shop around for a good ASIC Bitcoin miner with the same or even higher computational power. However, if pre-used devices are the only ones within your range, ensure that they're working correctly before swiping that credit card.

Here are the steps to mine Bitcoin with an ASIC device:

And you’re done! The same steps can be applied in mining Litecoin, Ethereum and other digital currencies.

The next section will elaborate this further.

Things to Consider Before Venturing into ASIC Mining

Before venturing into ASIC mining, it's best to deeply consider critical things like the mining rig, pool and software.

Choosing the best rig boils down to your preferred device and your budget. For those looking to buy new machines, going for the latest models is the best choice. However, there are also pre-owned models on online marketplaces such as Amazon and eBay.

The right equipment depends on one's needs. Some will want to utilize spare space in their garage, while others may be looking to build mini ASIC mining farms.

Whichever the option, there are essential things to consider. For example:

While it's possible to be a solo Bitcoin miner, it may require considerable investments in mining devices to find a new block on the BTC-powered blockchain. The next option is to join a mining pool where miners join the power of their ASIC miner rigs, direct it on Bitcoin and share the rewards for any successfully mined block.

The best software depends on the target operating system; it will also rely on your expertise. Popular Bitcoin mining software include the MultiMiner (best for beginners), CGMiner (for advanced users) and BitMiner (for a quick setup).

The software can either be free or paid. Some paid versions are subscription-based, while others charge according to your rig’s hash power.

Should You Invest in Mining Hardware To Mine Cryptocurrencies?

Our quest to find the perfect answer to "what is ASIC mining" has taken us through choosing a mining rig, pool and software, among other details.

From the above discussion, it's evident that despite the fact that ASIC Bitcoin mining is very profitable, there are factors to consider before diving in, since it is also competitive. For example, joining a pool is better than solo mining if you lack the financial muscle to build a massive rig set or a mini ASIC farm.

For the best ASIC Bitcoin mining hardware, it's about your wallet size. If your credit card balance allows, going for high performing devices such as the Dragonmint T1 or the Bitmain Antminer S19 Pro will give higher profits.
Do, however, keep in mind that with technology, things change very fast. As Moore’s Law predicts, the ASIC miner you buy today at great cost might be an expensive paperweight long before you earn back your return on investment, as newer, more powerful models are released each year.

Also, the price of Bitcoin is also very important, and if the price drops low enough, you’ll be mining at a further loss. The 2018 crypto winter brought mining companies like Bitmain to its knees due to low Bitcoin prices, and another similar winter could potentially happen again.

Therefore, make sure to do proper research and exhaust all your options before diving in. Happy mining!

Crypto Basics
How the US Election Could Influence Bitcoin Prices
With the U.S. election drawing nearer, how could its outcome affect the price of Bitcoin?
By Decentralized Dog
1yr ago
5m
Crypto Basics
The Metaverse Concerts: Where Online Games and Music Performances Meet
Snoop Dogg is ready to host concerts in the metaverse — are you ready to listen to music in this new digital medium?
By Emi La Capra
7mo ago
6m
Crypto Basics
How Can We Achieve Crypto Mainstream Adoption?
Even though institutional investors and countries are taking an interest in crypto, the industry is far from mainstream adoption. What would it take to make it happen? Let's find out!
By Will Kendall
1mo ago
10m
See all articles