What Does Vesting Mean in Crypto?

Vesting periods, vesting schedules, token unlocks and vested tokens. What exactly do these mean, and how does it affect the circulating supply of a cryptocurrency? Read on to find out more. 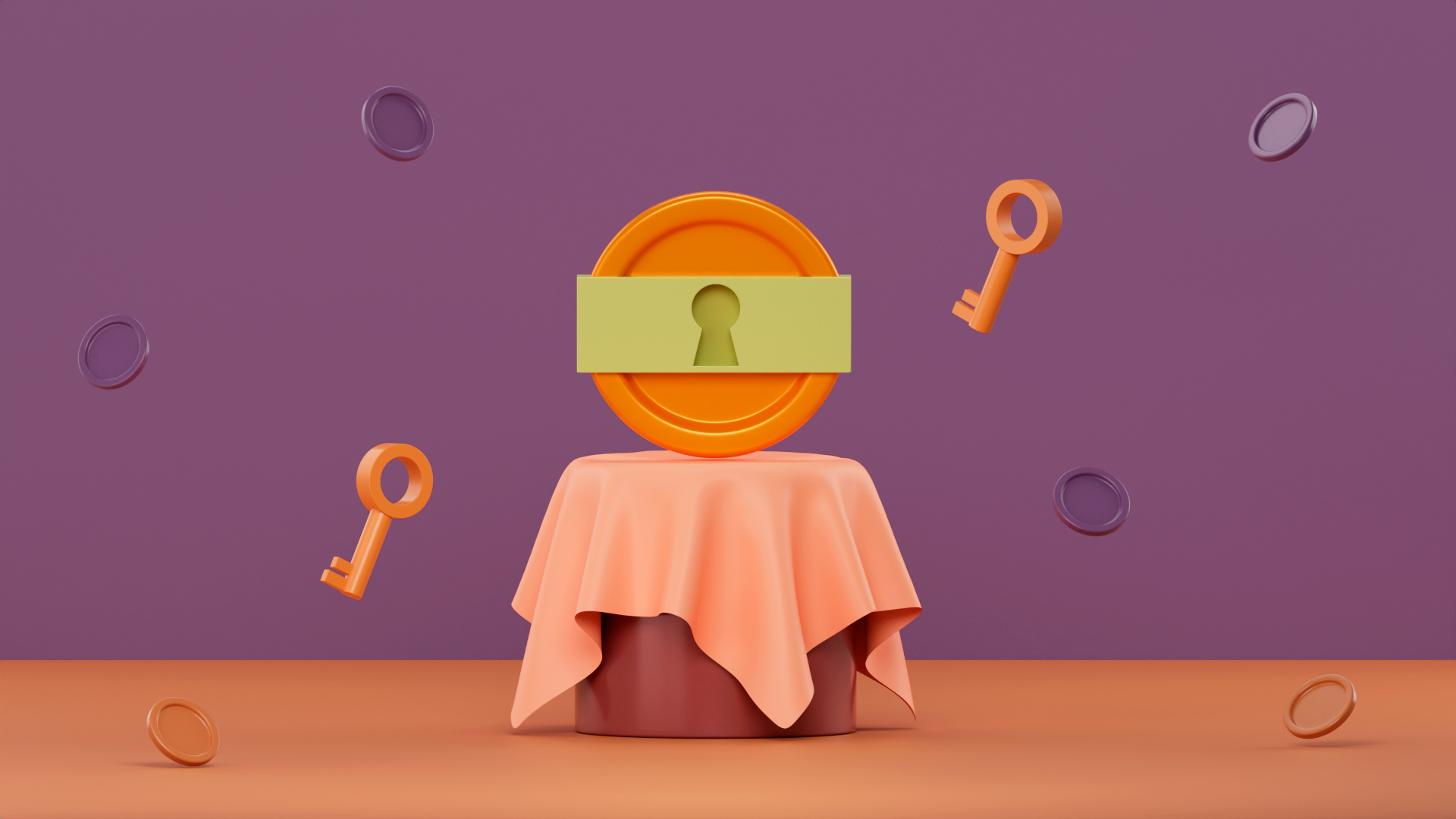 If you are in the crypto space and looked into the tokenomics of a project or invested in a newly launched cryptocurrency, then odds are you may have seen the term "vesting" being thrown around.

Commonly used to represent retirement plan benefits or pension plans, "vesting" is used to convey the legal right to current or future payment, asset or benefit, typically from the employer.

But for those familiar with traditional finance, "vesting" has a slightly different meaning in the cryptocurrency space.

In simpler terms, vesting in crypto describes how tokens are released into circulation. And there’s a whole bunch of vernacular associated with the term that can be confusing to new and experienced investors alike.

Let’s dive in and tackle everything you need to know about cryptocurrency vesting in 2022 and beyond.

Here’s what this article will cover:

What Are Vesting Schedules?

The supply of most new cryptocurrencies and tokens is generally influenced by so-called “vesting schedules” — that is, the schedule by which previously created tokens are released into circulation.

In most cases, only a fraction of the maximum supply of possible tokens is circulating at a given time. The rest is usually vested or locked for another reason.
Two main groups will usually be subject to vesting schedules; early investors and team members. Investors may be divided into one of several groups, each of which may be subject to a different vesting period.
The most common investor levels in token sales generally include (from earliest to latest participants): pre-seed, seed, private sale, pre-sale, and public sale (e.g. ICO, IEO or IDO). Earlier participants generally enter at a more favorable price, but are subject to a more stringent vesting schedule.
This is demonstrated by the Solana allocation profile — which sold 15.9% of the initial supply to seed round investors at a rate of $0.04 per SOL, whereas public sale participants bought 1.6% of the supply at $0.22 per SOL. Though seed participants got their SOL for cheaper, they were also subject to a 9-month cliff period.

It isn’t uncommon for projects to change their vesting schedule. The token sale agreements usually have provisions for this, but it is rarely well-received by early investors.

Team members and advisors, on the other hand, don’t usually pay for their tokens like investors, but instead receive a free allocation that is subject to vesting. In most cases, the team vesting schedule has the longest cliff and strictest vesting terms — with a one- to five-year divesting period commonplace.

This ensures that the team remains motivated to maintain the associated platform or product behind their vested tokens while preventing undue selling pressure from team members cashing out their rewards.

What Are Token Unlocks?

Vesting schedules generally describe exactly when new tokens will enter circulation — typically relative to the token generation event (TGE), for instance every quarter after the TGE.
When an unlock schedule has multiple rounds, each round is known as a “tranche.” For example, if a user expects to receive 1,000 tokens each month, for 12 months post-TGE, then each 1,000 token batch is known as a tranche.
These unlocks may begin after a cliff period, which is a delay before the vesting schedule kicks in. For example, if a vested team member has a two-year cliff, their token unlock schedule will not begin until two years have passed since TGE.

Oftentimes, team and/or advisor token unlocks may be dependent on the project accomplishing specific goals or roadmap milestones, such as listing on a reputable centralized exchange (CEX) or onboarding a certain number of users. If these are not met, the tokens are not unlocked.

What Are Vested Tokens?

Until tokens are released or available to claim, they are considered “vested.” These are the tokens that will eventually enter circulation, but are still subject to a vesting schedule. In many cases, a large fraction of the total supply can be considered vested. Once these tokens are unlocked for use, they are considered “divested.”
For instance, looking at CoinMarketCap's Avalanche coin page, we can see that the circulating supply and total supply has a difference of 119,299,447 AVAX coins. At launch, a total of 360 million AVAX coins were minted and sold through private and public sales.

As these tokens divest, they will enter the circulating supply.

Why Do Projects Have Vesting Schedules?

Today, the vast majority of new cryptocurrencies and tokens have vesting schedules associated with them. This includes most projects that are privately funded (i.e. no seed/private/public sales).

Vesting helps to ensure that the supply grows steadily over time, ideally in line with increased demand, helping to ensure stable and sustainable growth in value. It achieves this by ensuring that early investors, team members and advisors cannot dump their tokens at a whim, and potentially impact the long-term viability of the project.
By controlling the rate at which the circulating supply grows, projects can ensure the market capitalization (MCAP or market cap) grows in line with its utility and adoption. However, it should be noted that a small number of projects use vesting schedules to create an artificially low circulating supply and inflate the valuation of the project. These projects often have extremely high inflation, which generally impacts later investors.

How Does Token Vesting Impact the Token Supply?

That said, token vesting should not be confused with token inflation — the process that sees the total supply of a token increase alongside an increase in circulating supply.

In many cases, just a tiny fraction of the maximum supply is unlocked for circulation at the TGE. In some cases, the initial supply can be less than 1% of the total supply, which means token vesting can lead to a dramatic increase in the token supply over the vesting period.

As you might expect, when increased supply is not met with increased demand, this can lead to a reduction in the value of the token.

That said, some newer vesting schedules also include burn mechanics which allow investors to burn part of their vested tokens in order to receive additional tokens right away. DAO Maker’s toll bridge system is one example of this.

How Do You Calculate the Circulating Supply?

The circulating supply is one of the most important metrics surrounding a cryptocurrency, since it can, in many cases, help you decide whether a coin is overvalued or undervalued (relative to its market capitalization).

Unfortunately, calculating the circulating supply of a cryptocurrency isn’t always straightforward — since it requires knowledge of the full tokenomics of a project. At CoinMarketCap, we communicate with the team behind most of the cryptocurrencies we track to establish the circulating supply through our listings process. If known and verified, this figure is displayed on the relevant coin detail page.

Read our glossary entry for a breakdown of what tokenomics means.

In the vast majority of cases, cryptocurrencies can be considered inflationary since their circulating supply increases over time. A far smaller number is deflationary, which means their circulating supply shrinks with time — mostly due to tokens being burned for one or more reasons.
This article contains links to third-party websites or other content for information purposes only (“Third-Party Sites”). The Third-Party Sites are not under the control of CoinMarketCap, and CoinMarketCap is not responsible for the content of any Third-Party Site, including without limitation any link contained in a Third-Party Site, or any changes or updates to a Third-Party Site. CoinMarketCap is providing these links to you only as a convenience, and the inclusion of any link does not imply endorsement, approval or recommendation by CoinMarketCap of the site or any association with its operators. This article is intended to be used and must be used for informational purposes only. It is important to do your own research and analysis before making any material decisions related to any of the products or services described. This article is not intended as, and shall not be construed as, financial advice. The views and opinions expressed in this article are the author’s [company’s] own and do not necessarily reflect those of CoinMarketCap.
1 person liked this article

Blockchain
Last Week on Crypto Twitter: SBF Gets Paid A Visit
Last week Crypto Twitter finally, sort of, moved on from the FTX drama. Now it’s all about the who-got-infected-by-FTX-drama.
By Daniel Phillips
4d ago
5m
Blockchain
Proof of Reserves: These Exchanges Are Adhering to the New Standard
After the FTX collapse, a number of cryptocurrency exchanges have now moved to restore faith in CEXes by posting their Proof of Reserves.
By Daniel Phillips
5d ago
5m
Blockchain
The Grayscale Discount Explained: Could the Grayscale Bitcoin Trust Collapse?
Another week, another potential victim of contagion. You probably have heard phrases like "GBTC discount widens" or "Is GBTC in trouble?" swirling around.
By Daniel Phillips
5d ago
6m
See all articles